Coty appears to be the winning bidder for beauty brands being divested by Procter & Gamble Co. in the biggest remaining piece of the company's plan to shed 100 slower-growing or non-strategic brands, though no deal has been finalized. 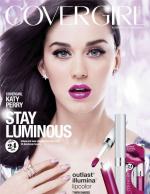 The New York Post reported that Coty has won bidding with an offer valued at up to $12 billion for three chunks of the beauty business P&G is divesting, though the deal may not close for weeks as the two sides arrange for a tax-free spin-merge transaction similar to what P&G has used to divest such brands as Folgers.

The deal would represent around half the roughly $11.5 billion in sales P&G Chief Financial Officer Jon Moeller said in February the company plans to shed as part of its brand culling. Given that P&G already has announced plans to divest or spin off brands with around $6 billion in sales, it could largely complete the process. Spokespeople for Coty and P&G declined to comment. Bloomberg reported Henkel had dropped out of the bidding, and a Henkel spokesperson declined to comment.

A person familiar with the matter confirmed that Coty had won bidding for businesses with sales of between $5 billion and $6 billion, including salon hair care, prestige fragrance and mass cosmetics brands CoverGirl and Max Factor. While sales of those brands were close to $6 billion last year, they'll be closer to $5 billion this year due to double-digit percentage sales declines in salon hair care and prestige fragrances, this person said.

As such, the divestiture would cut a significant drag on P&G's beauty business, whose organic sales fell 3% last quarter. It represents nearly a third of P&G's $16 billion-plus beauty, hair and personal care business, while more than doubling Coty's sales of $4.6 billion last year.

The brands, including Wella, Sebastian, Clairol Professional (not retail hair color), Dolce & Gabbana, Gucci, Hugo Boss and Lacoste fragrances, had nearly $260 million in U.S. measured media spending last year, more than half that for CoverGirl alone, according to Kantar Media. That's more than the $211 million Coty spent on brands that include Sally Hansen, cK One, Rimmel, OPI, Marc Jacobs, and Philosophy. Coty reported it spent $1.1 billion on advertising and $1.5 billion on all marketing globally last year.

WPP's Grey handles most of the brands in question for P&G, while Coty has worked with a number of agencies, including Mother and Laird & Partners. The deal potentially raises the stakes in Coty's current global media review, in which Ad Age reported in April it's asking for 150-day payment terms from participants.

Coty already is in flux amid a restructuring and flat organic sales last quarter. Chairman Bart Becht stepped in as interim CEO in September following the departure of Michele Scannavini for personal reasons.

Mr. Becht, a P&G veteran, is best known for leading RB (formerly Reckitt Benckiser) on a long run of industry-leading growth from the time Reckitt & Colman joined Benckiser in 1999 to 2011. This would be a deal of similar scale for Coty, adding pressure for Mr. Becht to drop the "interim" from his title.