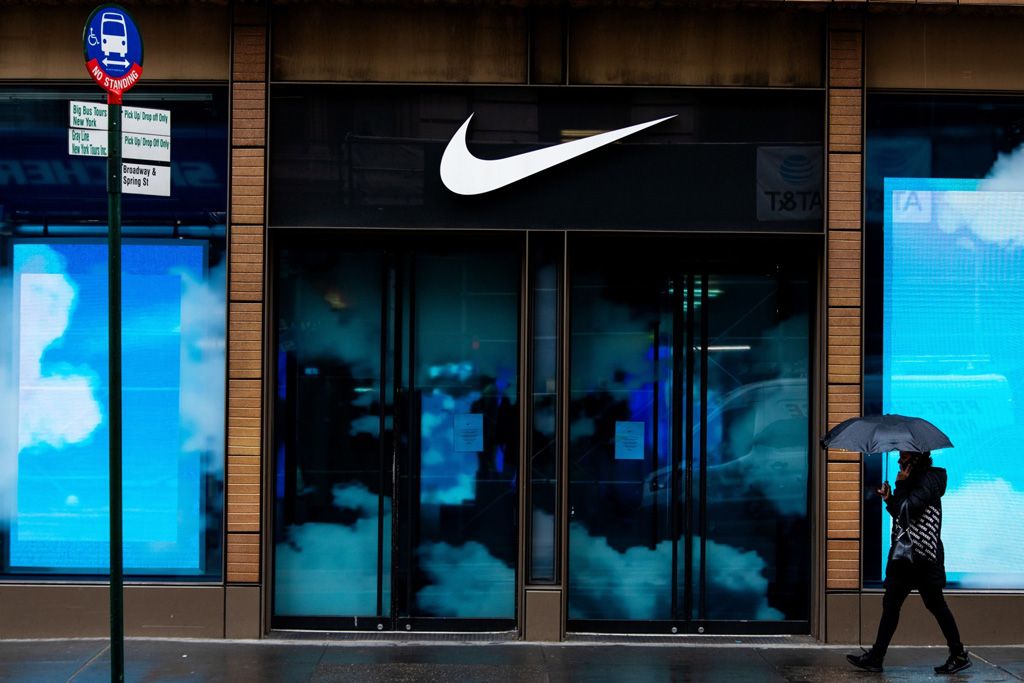 Nike Inc., which touted its ability to navigate the pandemic earlier this year, is finding it’s not so easy.

The world’s biggest athletic brand posted a surprise loss and disappointing sales in the fiscal fourth quarter, a sign that shuttered retail stores across the U.S. and much of the world took an even bigger toll than expected.

Revenue declined 38 percent to $6.31 billion in the period, well short of the $7.38 billion estimated by analysts. Its loss amounted to 51 cents a share, compared with a projection for earnings of 10 cents.

The results marked an about-face from earlier this year, when Nike beat Wall Street’s expectations even as many consumer brands struggled. The company made the case to investors that it was prepared to deal with COVID-19 because of its experience operating in China during the initial breakout of the virus.

Like many brands and retailers, it invested in online platforms to make up for stores being closed. But booming e-commerce sales—digital revenue soared 75 percent last quarter, and nearly 80 percent when holding currency neutral—weren’t enough to make up for the brick-and-mortar slump.

The shares declined as much as 4.6 percent to $96.77 in after-hours trading. They had been up less than 1 percent this year. Nike dragged down the shares of other shoe sellers, including Skechers USA Inc., Under Armour Inc. and Foot Locker Inc.

In a bid to ease fears about a prolonged slump, the company said about 90 percent of stores that it runs globally are currently open. The company also said sales for this fiscal year, which runs through next May, would rebound in the second half to be little changed or possibly posting a gain.

But shipments to Nike’s wholesale customers were down almost 50 percent last quarter, hurting sales and leaving the company with excess inventory. It reported the lowest level of revenue since 2013.

Nike’s gross margin sank 8.2 percentage points to 37.3 percent, trailing analysts’ projections of 43.5 percent. That was its worst performance since 1998, according to data analyzed by Bloomberg. The big hit came from higher costs tied to order cancellations and other supply-chain disruptions.

The company faces an uncertain future as the virus continues accelerating in many parts of the U.S. There are also recessions of varying degrees around the world, which may reduce spending on discretionary purchases like sneakers.

In a sign of how cautious the company has become, Nike suspended share buybacks in March, even though it’s sitting on $12.5 billion in cash.