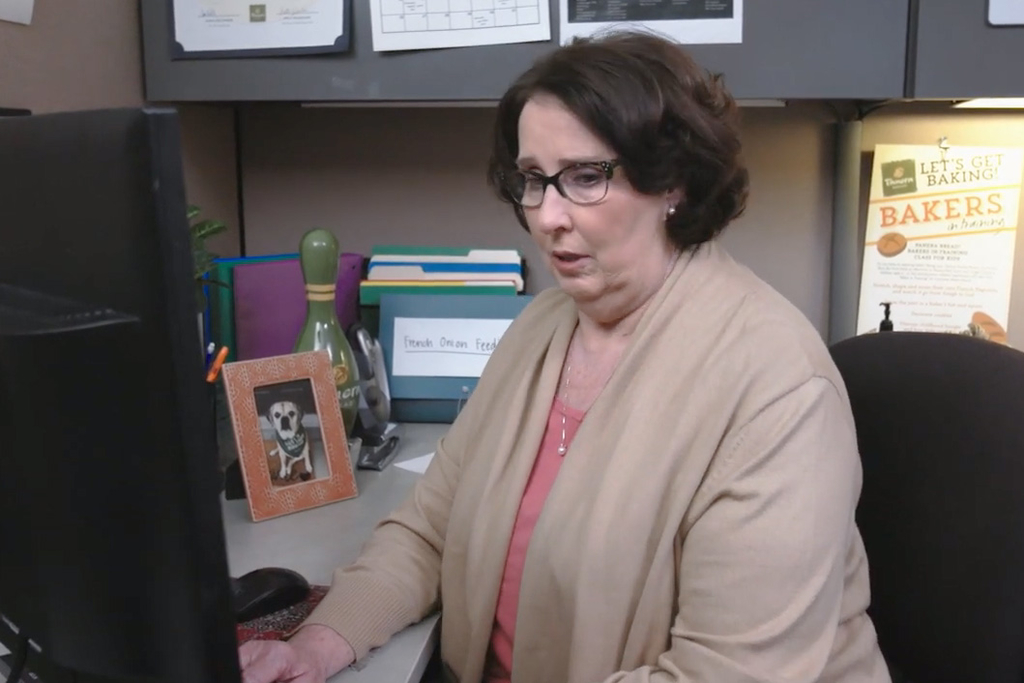 Panera Bread has enlisted Phyllis from “The Office” to ease the apparent distress of fans over the absence of the chain’s Bistro French Onion soup.

Panera dropped the soup from its menu last fall to make room for seasonal items. The chain appears to have been caught off guard by customers’ obsession over the soup, which had been on the menu more than 20 years.

Rather than simply responding to fans’ comments on social media (it did that as well), Panera on Wednesday released an online video showing Phyllis Smith, the actress who played Phyllis on the U.S. series, reading the mean tweets from a desk at Panera’s St. Louis headquarters. The chain took a social media listening exercise and turned it into more of a marketing effort.

In her fictitious job as the company’s social media coordinator, Smith sits at a desk where details include a “loves the Bistro French Onion soup” line on the name sign attached to her cubicle. A Panera bowling pin might be a nod to Phyllis being "a hell of a bowler" on the NBC series.

Fans quickly took to Twitter and other platforms seeking the return of the soup when it disappeared in September.

PSA: AUTUMN SQUASH SOUP IS BACK

“The internet was sad when we took it away, but we heard you,” Scott Nelson, Panera’s VP of marketing, said in a statement. “Now, with the help of our friend and St. Louis native, Phyllis, we’re announcing French Onion Soup is back at Panera.”

Panera said it came up with the idea and script internally. The video was shot by Coolfire Studios in St. Louis, produced by Anomaly, and edited by Unreasonable Studios.

Panera had previously given fans notice that the soup would be returning.

@panerabread @askpanera it’s January, where is the French onion soup? Y’all betrayed us making it seasonal and now it’s time for it to come back. pic.twitter.com/ntXgEbGkMb