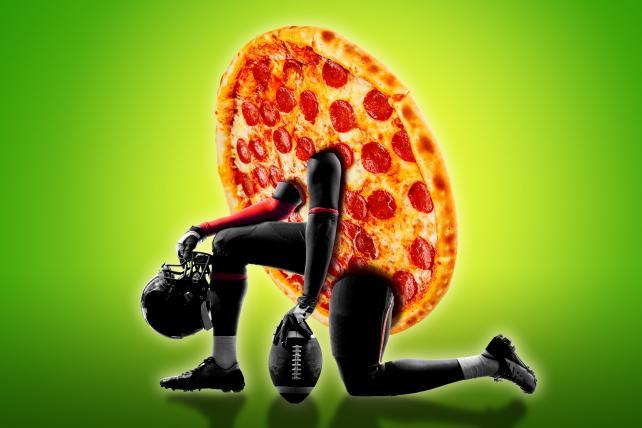 "The NFL has hurt us by not resolving the current debacle to the players' and owners' satisfaction," Schnatter, who serves as the pizza chain's chairman and chief executive officer, said on a conference call. "NFL leadership has hurt Papa John's shareholders."

The remarks follow a controversy over NFL football players protesting during the national anthem, a movement that started last season. The demonstrations have sparked calls for a boycott and raised concerns among league sponsors. But Schnatter's comments mark the highest-profile example of an NFL partner publicly blaming the outcry for hurting business.

Goodell, whose contract is up for renewal, has taken flak for not resolving the controversy more quickly. The flap has even drawn tweets from President Donald Trump, who called for owners to fire or bench players who refuse to stand during "The Star-Spangled Banner."

"Leadership starts at the top, and this is an example of poor leadership," Schnatter said.

It's hard to quantify the connection between the NFL and pizza sales, but Papa John's did post disappointing results in the latest quarter. Its shares fell as much as 13 percent on Wednesday—the most in two years—after same-store sales missed analysts' estimates. The Louisville, Kentucky-based company also trimmed its revenue and profit forecasts for the year.

The NFL didn't immediately respond to a request for comment.

Schnatter has appeared frequently in advertisements during NFL games, including alongside star quarterback Peyton Manning, a franchisee of the chain's restaurants in Colorado. Back in 2014, when Papa John's posted a nearly 10 percent gain in North American same-store sales, the company credited its close relationship with the NFL and Manning for driving its business in the U.S.

On Wednesday, the tone was quite different. Papa John's post-earnings conference call was dominated by negative talk of the NFL. The league's name came up 44 times during the discussion, compared with 12 mentions in the year-earlier call.

The company wasn't specific about the sales impact from the NFL protests, but indicated it was shifting some marketing spending away from the league.

"I'm not blaming them for citing it," he said. "If this is a permanent thing, they have to figure out where to spend some of those ad dollars."

Papa John's has been the NFL's official pizza sponsor since 2010. Schnatter, who founded the company in 1984, donated to Trump's campaign and has railed against government regulations.

NFL players began kneeling during the national anthem more than a year ago—starting with a protest against racial inequality and police brutality by Colin Kaepernick, then the quarterback for the San Francisco 49ers. The action spread across the NFL and got new life in recent weeks after Trump began criticizing the players.

Goodell critics have said that he should force players to stand for the anthem.

"This should have been nipped in the bud a year and a half ago," Schnatter said on the call. "Like many sponsors, we're in touch with the NFL. Once the issue is resolved, we're optimistic the NFL's best years are ahead."