Ikea is developing a party in a box 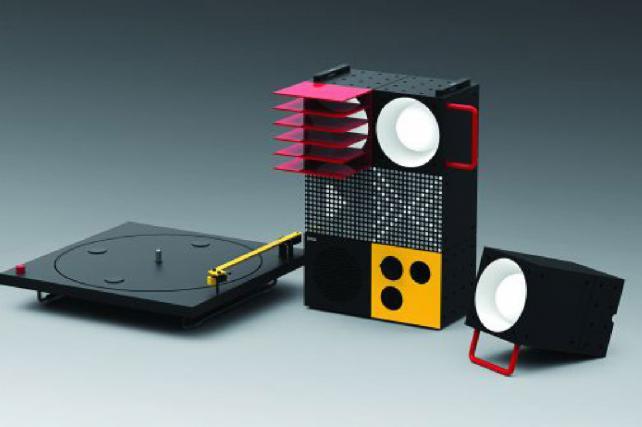 Its new, multicomponent audio system, called Frekvens, aims to turn homes into party central with a range of decidedly not-smart products. They consist of a turntable, speakers and lighting equipment costing from about $5 to $99. Set for release in June 2019, the line has been in development for about two years and is a collaboration between Ikea and Teenage Engineering, the Swedish cult electronics outfit known for producing affordable portable synthesizers and sound equipment.

One of its founders is Jesper Kouthoofd, one of the original members of Swedish creative collective Acne as well as a multiplatform director on campaigns for brands including Ikea, H&M, Volvo, Mitsubishi and Absolut. For the vodka brand, he created the "Absolut Choir" campaign that featured teams of virtually controlled singing robots. Kouthoofd explains that the idea for Frekvens (Swedish for "frequency") started with a discussion with Ikea about the role of sound in the home.

"Marcus [Engman, head of design at Ikea] got this idea that it's kind of like a home roadie thing, like you could set up your own sound system," he says. "Then I started thinking about how, a lot of Swedes, we go to Ikea when we have a party—to get candles, napkins. Maybe we could do something that's really affordable so people can buy a sound system, including a light show—a complete party."

Michael Nikolic, Ikea creative leader, says the brand has been exploring music and sound in an effort to connect more deeply with consumers. Ikea's recent annual "Life at Home Report" says that the majority of respondents play music "to get a homey feeling, and young people often use music to make their bedrooms into their personal safe havens—a home within the home."

This isn't the first time Ikea has developed electronics. In 2012, it debuted Uppleva, an all-in-one television system that integrated a smart TV and sound system with furniture. It received mainly underwhelming reviews and is no longer around. That year, it also teamed with Kouthoofd to create Knäppa, a cardboard camera used to promote its PS designer line.

Unlike the sleek understated look of the tech giants' offerings, Frekvens has Bauhaus-influenced pieces in bold primary colors.

"When we started, the obvious idea was to hide the speakers and sound objects, but [then] we said, 'No, let's put it in the center of the room with lamps that blink,' " Kouthoofd says. " 'Let's make it a centerpiece, like stuff you put onstage.' We had this idea you could have a home concert, a performance in the living room with lights and sound."

Kouthoofd says the team is in the process of refining the final lineup. "We're working on tweaking the turntable design right now to get it to a good price," he says. "I want it to be as low as possible."

Not surprisingly, like other Ikea goods, assembly will be required. Kouthoofd says this is a good thing. "When we grew up with Ikea, the one thing we really liked was to assemble the furniture ourselves," he says. "Americans may think it's boring or difficult, but as Swedes, it makes us a little proud of our furniture, and that's a big part of this collection too."