The brands will no longer advertise on Facebook or Instagram in July
READ THIS NEXT
How brands like Apple, Arby's, Honda and Progresso nail celebrity voice-overs 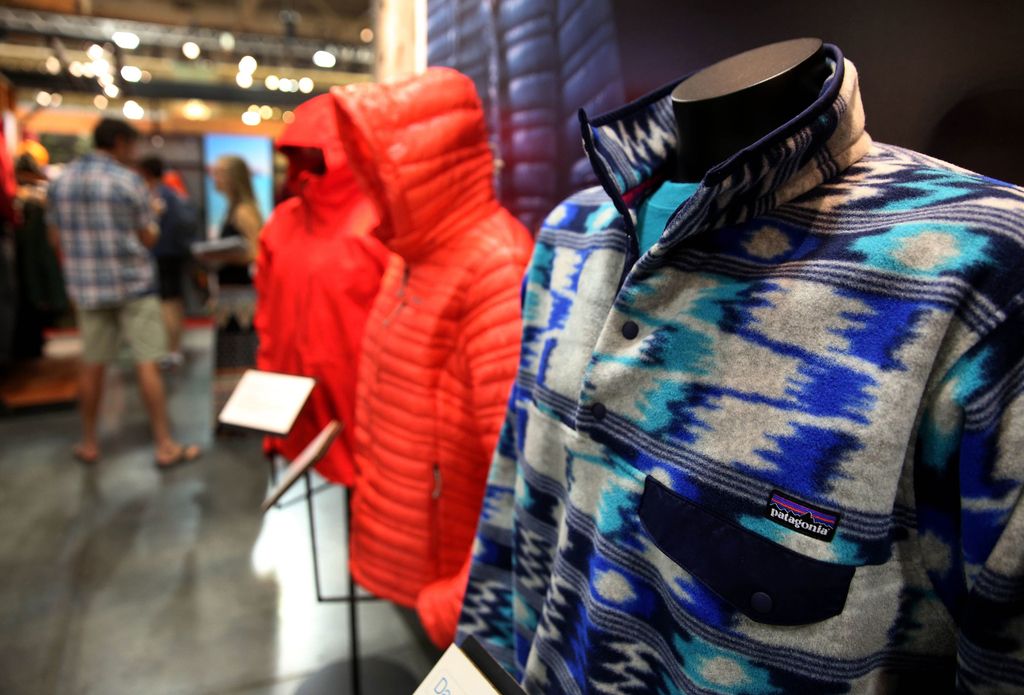 Patagonia is the latest brand to announce it will no longer be advertising on Facebook, following calls for a boycott from civil rights organizations such as the NAACP and Anti-Defamation League. The groups took out a full-page ad in The Los Angeles Times last week in which they asked advertisers to use their power to force Facebook to make changes to how it handles hate speech and disinformation. The groups called for an ad boycott of Facebook during the month of July, using the hashtag #StopHateforProfit.

Patagonia’s boycott, which includes Instagram, is effective immediately and will run "at least through the end of July, pending meaningful action from the social media giant,” said Cory Bayers, head of marketing at Patagonia, in a statement.

“For too long, Facebook has failed to take sufficient steps to stop the spread of hateful lies and dangerous propaganda on its platform. From secure elections to a global pandemic to racial justice, the stakes are too high to sit back and let the company continue to be complicit in spreading disinformation and fomenting fear and hatred. As companies across the country work hard to ensure that Americans have access to free and fair elections this fall, we can’t stand by and contribute resources to companies that contribute to the problem,” said Bayers. “We stand with #StopHateforProfit in saying Facebook’s profits will never be worth promoting hate, bigotry, racism, anti-Semitism and violence.’”

Patagonia joins fellow outdoors brand The North Face, which said on Friday that it would no longer buy ads on the platform. REI also said via Twitter on Friday that it will be pulling all of its Facebook and Instagram advertising for the month of July as the brand continues to put “people over profits.”

For 82 years, we have put people over profits. We're pulling all Facebook/Instagram advertising for the month of July. #StopHateForProfit

A spokeswoman for REI did not return a call requesting further comment.

While many marketers advertise on Facebook, sporting goods brands are typically vocal on social issues, including those that affect the outdoors, say experts.

"The outdoor brands and retailers have a heritage of speaking out on social issues, starting with conservation and the environment,” says Matt Powell, VP and senior industry advisor of sports at NPD Group. “It is no surprise to see them take a leadership role in Facebook hate speech and disinformation.”

Upwork, a global freelancing platform, also tweeted on Friday that it is “hitting pause on hate with no Facebook advertising in July.”

Upwork is hitting pause on hate with no Facebook advertising in July. #StopHateForProfit

Ventura, California-based Patagonia has a long history of speaking out. In 2017, the company sued the Trump Organization over protecting federal land. Patagonia also became more selective over which companies are allowed to put their corporate logo on its vests. More recently, Patagonia CEO Rose Marcario publicly criticized Facebook CEO Mark Zuckerberg and Google co-founder Larry Page over their handling of President Trump and Russian election interference, calling the execs “weenies” on an episode of Recode Decode. Earlier this month, Marcario stepped down after a dozen years leading Patagonia.

Facebook generated $70 billion in ad revenue in 2019. In recent weeks, advertising agencies and media holding companies have also spoken out about the company. A social media executive from IPG Mediabrands issued a LinkedIn post that demanded more accountability from the social network. Last week, 360i, an agency within Dentsu Aegis Network, sent a note to clients to suggest re-evaluating relationships with Facebook, according to The Wall Street Journal.

For its part, Facebook has said that it is working through the issues and trying to come to a better understanding with any concerned advertisers. “We deeply respect any brand’s decision and remain focused on the important work of removing hate speech and providing critical voting information," Carolyn Everson, VP, Global Business Group, Facebook, said in a statement on Friday, sent to Ad Age. "Our conversations with marketers and civil rights organizations are about how, together, we can be a force for good.”

The tech giant did not immediately respond to a request for comment regarding Patagonia and REI joining the ad boycott.

Facebook is also in the middle of a sensitive political fight. The company is taking heat for its handling of hate speech, especially when it relates to the account of the president of the United States. Last month, Trump set off alarm bells with an incendiary message on Facebook and Twitter. He said "when the looting starts, the shooting starts," which many took to mean a call to violence against people protesting in honor of George Floyd, the Black man killed by Minneapolis police.

While Twitter was praised for responding to Trump's tweet by labeling it with a warning and limiting the reach of the message, Facebook was criticized for failing to censor the post in any way. The unequal responses led many politicians, civil rights groups and brands to petition Facebook to do more to quell hate speech and disinformation on the service, especially as the 2020 election heats up. Even the Democratic candidate for president, Joe Biden, issued a letter calling on Facebook to enforce stricter moderation policies.

Last week, Facebook executives said they were working through their internal policies. The company launched a new tool that allows users to block all political ads, and it is providing greater transparency regarding election ads. On Thursday, Facebook removed an ad from Trump's campaign that displayed a Nazi-era symbol, signaling that it is taking a hard look at troubling election ads.

Follow View all articles by this author
Garett Sloane