Behind 'The People's Launch' of All Day Breakfast at McDonald's

McDonald's decision to serve All Day Breakfast may have been a surprise to some customers, but the announcement itself was a well-orchestrated blitz, one that shows how the massive company is trying to move nimbly and take some risks with its messaging. 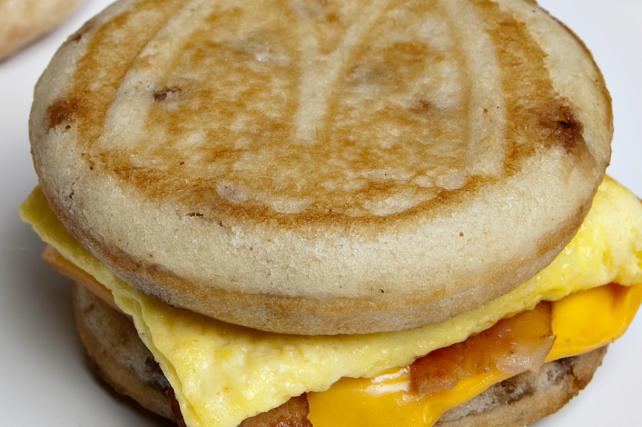 McDonald's had been testing the idea of serving Egg McMuffins, hotcakes and hashbrowns beyond its typical 10:30 a.m. cutoff for roughly four months. Meanwhile its U.S. marketing team was tinkering behind the scenes, with help from two key partners, to prepare for the day that the franchisees -- or "owner operators," in McDonald's-speak -- signed off on moving all-day breakfast from test mode to a national stage.

This week, as soon as a group of owner operators voted on the plan, the marketing effort was quickly put into effect. It included a heavy use of unpaid media impressions on Twitter.

With help from Golin, a McDonald's partner since Ray Kroc's early days, McDonald's went back as far as 2006 and found tweets from people hankering for all-day breakfast. They created GIFs and other elements to reply to more than 20 of them and let them know their social media requests were being answered.

"Customers were saying to us 'Hey, McDonald's, this is the next big thing. This is what we want from you,'" said McDonald's USA Chief Marketing Officer Deborah Wahl, whose favorite McDonald's breakfast item is the original Egg McMuffin. "This idea came from our customers. We said this really is the people's launch, that's what this is all about."

The brand's Twitter page quickly filled up with missives, including replies to tweets from years ago. The brand used messages from celebrities, including Sinbad, Fox Sports' Erin Andrews, Olympic athlete Lolo Jones and All Time Low guitarist Jack Barakat in the conversation. And days later, it is still replying, one by one, to people's tweets about breakfast.

In all, the plan is to reply on Twitter to all 88,000 unique accounts that have sent messages about all-day breakfast at McDonald's, said Patti Temple Rocks, managing director of Golin's Chicago office.

Her team, with help from Twitter and Sprinklr, found 334,000 tweets mentioning all-day breakfast at McDonald's and has been researching to find the most "engageable" accounts to send customized messages to. On Tuesday, 40 to 50 people were part of the team sending and monitoring the intial tweets, she said.

It was a different way of connecting on social media than McDonald's has used before, but the Golden Arches was already familiar with big Twitter campaigns. In February, McDonald's used multiple tweets to promote its "Lovin'" effort that tied into other brands' advertising during the Super Bowl. Twitter was in the war room that night. Some of the Super Bowl effort included paid media. This time around, Twitter was again in on the push, but it was done with unpaid media. McDonald's appears to be one of the first brands to use the Full-Archive Search API for Twitter.

The Golden Arches tweeted at people including Trisha Lyn Fawver, a diner who happens to work in marketing who tweeted about the eggs used in McMuffins more than seven years ago.

Hard as they try, no one will match the processed goodness of an egg mcmuffin... when will McDonalds get wise and offer breakfast all day?

"It took me awhile to realize that the initial tweet they were responding to was from all the way back in 2008," said Ms. Fawver, who has sent thousands of tweets since then. She said the extended breakfast hours might get her to visit the restaurant more often than she usually does now, which is about once a week. "It will definitely give me more variety of what I can order, so who knows, it just might draw me in to going twice a week."

For McDonald's, enticing patrons like Ms. Fawver is critical as sales continue to suffer and other chains have stepped up their breakfast offerings.

"They said they're doing this in part in response to consumer demand, and what a way to kind of demonstrate that," said Kevin Lane Keller, professor of marketing at the Tuck School of Business at Dartmouth. "It totally fits the rationale of what they're doing."

Some customers who see the messages may be frustrated that they have to wait for a few weeks, as restaurants get equipment and training in place for the launch. Mr. Keller compared the early announcement to the way tech products such as Apple's latest gadgets are announced well before they hit stores.

"They have a month to basically get people psyched for this, to know about it and create some attention about it," said Mr. Keller.

Under CEO Steve Easterbrook, who took the helm in March, McDonald's is trying to be more nimble and aggressive.

"He's encouraged us to take some risks and go for progress over progression, and I think this launch is very symbolic of that." said Ms. Wahl.

Next up, McDonald's will roll out a multichannel approach, a move that taps all of its agency partners. Leo Burnett is providing the launch spot for All Day Breakfast, inspired by test-market work with Moroch. DDB has helped with the strategy and support work for the general market approach. And Burrell, ALMA and IW Group are working on multicultural efforts for TV, radio and digital, McDonald's said.

For now, some of the responses on Twitter have not fit the family-friendly, wholesome image McDonald's typically portrays. The company is okay with that.

"Today the idea is be real," Ms. Wahl said. "We're engaging with everyone … it's authentic conversation."

And people have noticed, something McDonald's even pointed out with Tweeter Data findings retweeted from Mr. Easterbrook's account.

#AllDayBreakfast at @McDonalds? We're lovin' it. And with 120K Tweets, so are you. http://t.co/erDohoD5cl pic.twitter.com/zrBhxwfXQf

According to marketing technology company Amobee Brand Intelligence, interest around breakfast spiked on Sept. 2, the day after McDonald's announcement, with digital content engagement 29% higher on Wednesday than the daily average over the prior three months. The effort is helping McDonald's becoming more associated with breakfast, but at the same time it's also bringing up the breakfast ideas at other chains.

Sonic, for one, has told its Twitter followers multiple times that it already serves breakfast items all day.

Sentiment for #AllDayBreakfast has been much more positive than negative, Amobee said. Still, there have been some negative connections. In some cases, it's because Canadians weren't happy that the switch doesn't apply to their restaurants.

Why aren't we getting all-day breakfast, @McDonalds? Is Canada not worthy?