Watch the Spot: Pepsi to Promote Mini Cans During Oscars

Pepsi is giving its mini can a big stage, with a 60-second ad airing during the Academy Awards on ABC this Sunday.

The ad, "Mini Hollywood," highlights "mini quotes" from iconic films like "Gone With the Wind," "Titanic" and "The Wizard of Oz." Cuba Gooding Jr. makes a cameo to say "Show me the mini," an adaptation of his famous line in "Jerry Maguire."

The ad kicks off a broader campaign with the tagline, "Little Can. Epic Satisfaction." Mekanism handled the creative.

"Typically, in the industry when there's been portion-control packages, the message has been functional in nature," explained Seth Kaufman, VP-marketing for colas at PepsiCo. "We want to take this to an emotional place. It's not about it being only 100 calories."

The can has been in the market since 2011 and has broad distribution. It's been popular with boomers and older Generation X consumers, Mr. Kaufman said, noting that it has attracted lapsed soda drinkers, as well as boosted consumption among core users. As part of the new campaign, Pepsi is working with retailers to feature the mini can in displays and bundles.

A separate campaign, including a TV ad, that will highlight the brand's glass bottles is also in the works. 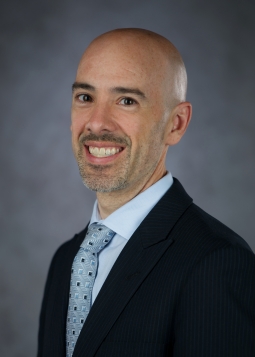 "One of the things we're trying to get to is media to shelf execution," Mr. Kaufman said. "What that means is our communications provide a tailwind and connect to programs at retail. Retail noise is at an all-time high. It's really hard to break through."

Part of the brand's strategy for breaking through involves using live events such as the Super Bowl and the Grammys, around which it creates contextually relevant messages. Pepsi's Grammys ad last month, for example, featured football stars singing. The brand has also been focused on a master brand strategy, featuring the entire Pepsi trademark -- Pepsi, Diet Pepsi and Pepsi Max -- in the same spot.

"We feel passionately about live appointment viewing events and events that create real-time sharing," Mr. Kaufman said, adding that the Academy Awards commercial will be supported by a digital and social media strategy.

Rival Diet Coke's exit as a sponsor of the Academy Awards cleared the way for Pepsi, though the brand is only on board for 2014 at this point.

"We're continuously reviewing and evaluating where we advertise to ensure placements are aligned with brand strategies," said a Diet Coke spokeswoman. "This year Diet Coke decided to place its advertising in a number of different broadcasts to meet the goals of its 2014 campaign."