PepsiCo Ramps Up Push to Cut Added Sugars in Beverages

READ THIS NEXT
How SAP puts purpose into practice 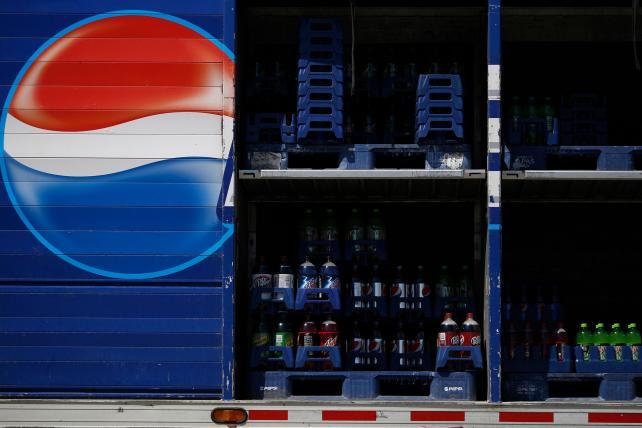 Currently less than 40% of PepsiCo's beverage volume has no more than 100 calories from added sugars per 12-ounce serving.
Credit: Luke Sharrett/Bloomberg

PepsiCo ramped up its pledge to reduce the number of sugary beverages it sells over the next decade as governments increasingly tax soft drinks and fruit juices in an attempt to reduce obesity and diabetes.

At least two-thirds of the company's beverage volume will have no more than 100 calories from added sugars per 12-ounce serving by 2025, the company said in a statement Monday.

Currently less than 40% of its beverage volume fits that bill. The company had previously said it would reduce added sugars by 25% on a per-serving basis for key brands in some countries by 2020.

The move comes just a week after the World Health Organization recommended that governments adopt taxes on sugary drinks, saying that by driving retail prices up 20%, consumption will drop by a fifth. More than one in three adults are overweight, according to the United Nations agency. The U.K. announced a sugar tax this year, and similar measures have been implemented in Mexico, Hungary, and U.S. cities such as Philadelphia.

The WHO advises people to limit added sugar to less than 10% of their energy needs and says a 5% limit is even healthier. PepsiCo, along with Coca-Cola and Dr Pepper Snapple Group, pledged in 2014 to cut the calories consumed from beverages by 20% over the next decade by introducing smaller portion sizes and lower-calorie options like bottled water.

PepsiCo also set goals to reduce the proportion of products with higher levels of saturated fat and sodium as part of a broader set of sustainability targets unveiled Monday. The company's beverage portfolio includes its flagship cola, Mountain Dew, Tropicana orange juice and Gatorade energy drinks. One 12-ounce can of Mountain Dew contains 46 grams of sugar.

PepsiCo and Coca-Cola also drew flak last week from a Boston University study that likened them to tobacco companies. The report, published in the American Journal of Preventive Medicine, found that the two soft-drink companies -- either individually or together -- have lobbied against 29 pieces of health legislation.

Coca-Cola, the largest soft-drink maker, responded to criticism last year by creating a searchable database of organizations that have received funding for research.