Mr. Peanut, the Planters logo and its packaging look a bit more modern
READ THIS NEXT
The Week Ahead: ANA returns to in-person events and ‘The Dating Game’ gets a reboot 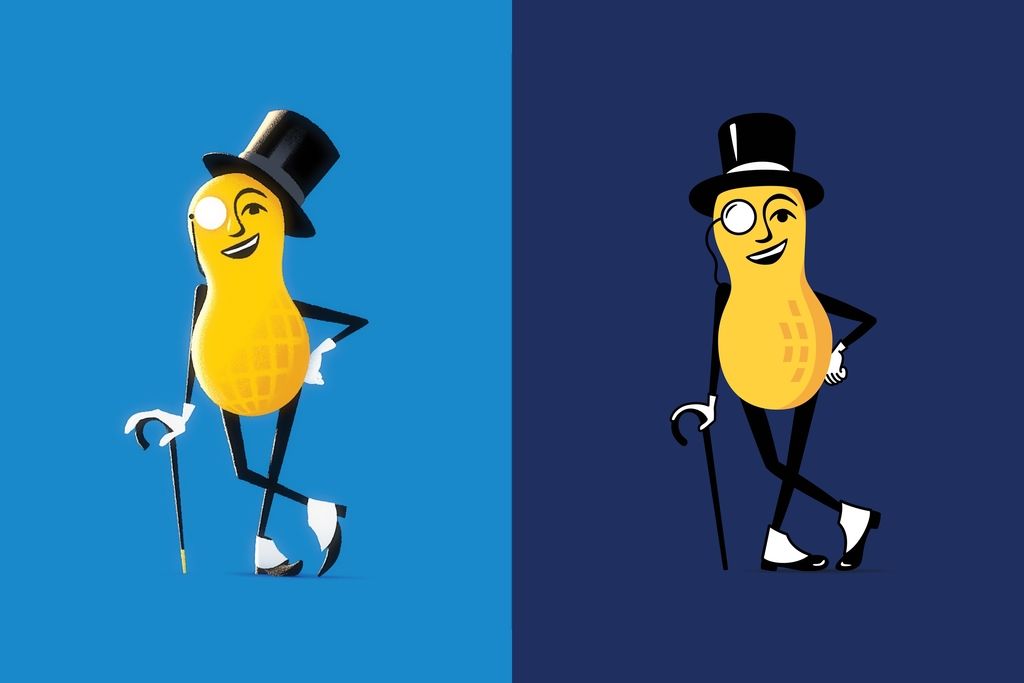 Planters is the latest brand to get a bit of an update, unveiling a more modern style and a minor makeover of Mr. Peanut.

Don’t worry, he’s not going back to being a Baby Nut.

The Planters refresh comes as Kraft Heinz prepares to sell the 115-year-old nut brand to Hormel Foods. The $3.35 billion deal announced in February is expected to close by the end of June.

The overhaul comes after Planters sat out the 2021 Super Bowl, following a 2020 Super Bowl campaign that saw the brand kill off Mr. Peanut and had him resurrected as a Baby Nut during a funeral. The legume spokesman then aged during the year, including a stint as a 21-year-old and, eventually, became more like his former, older self.

Now, Mr. Peanut’s slightly updated look includes more of a cartoon feel. His top hat rests on top of his peanut head rather than askew and his monocle has a bit of a bolder style. So does the brand logo, which is now being backed by a deep blue used across products. 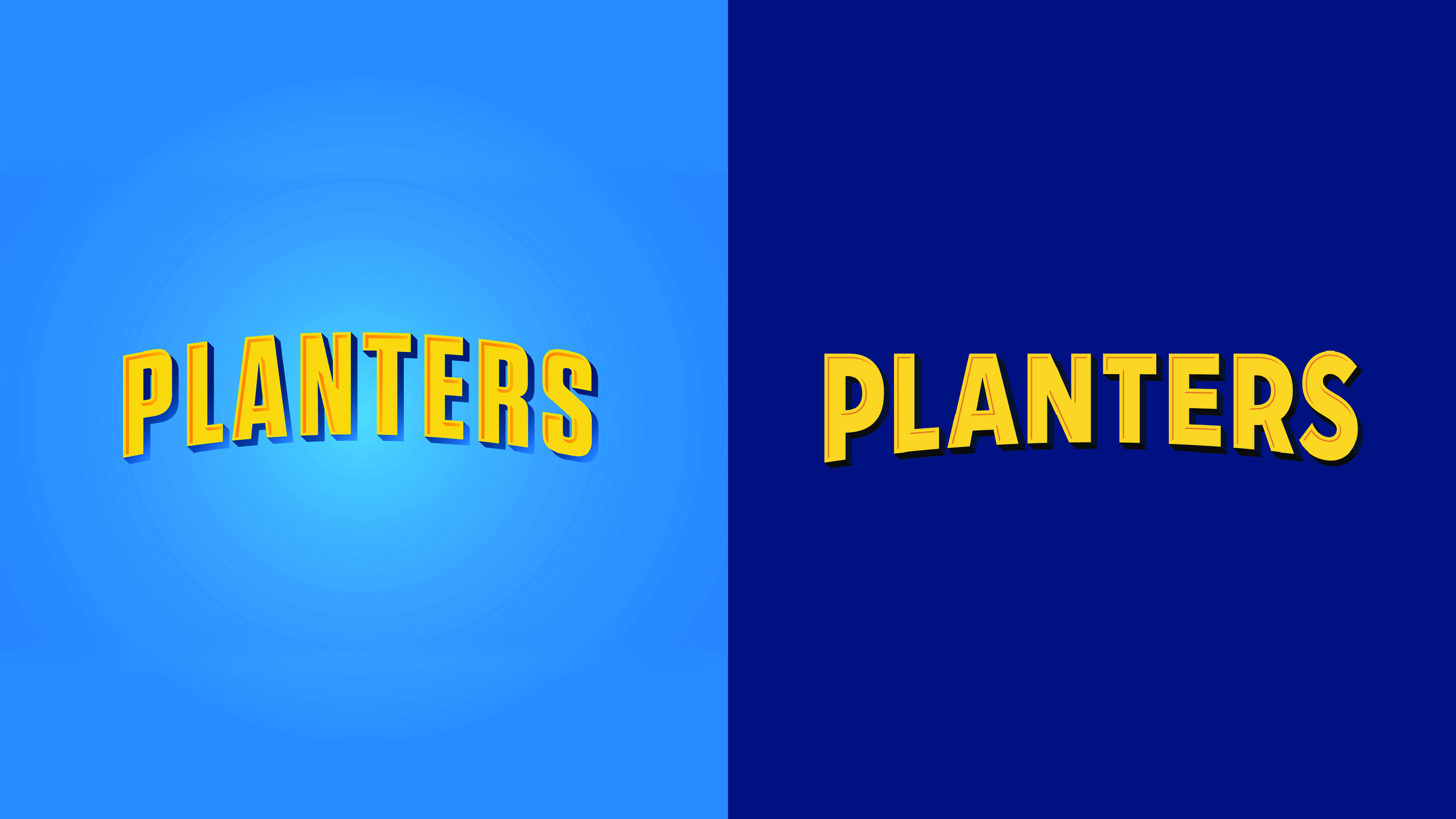 Planters is also emphasizing its heritage by calling out the year 1906. The branding work was done by JKR. It comes weeks after another Kraft Heinz brand, Oscar Mayer, unveiled an overhaul from BrandOpus and a campaign from Johannes Leonardo. 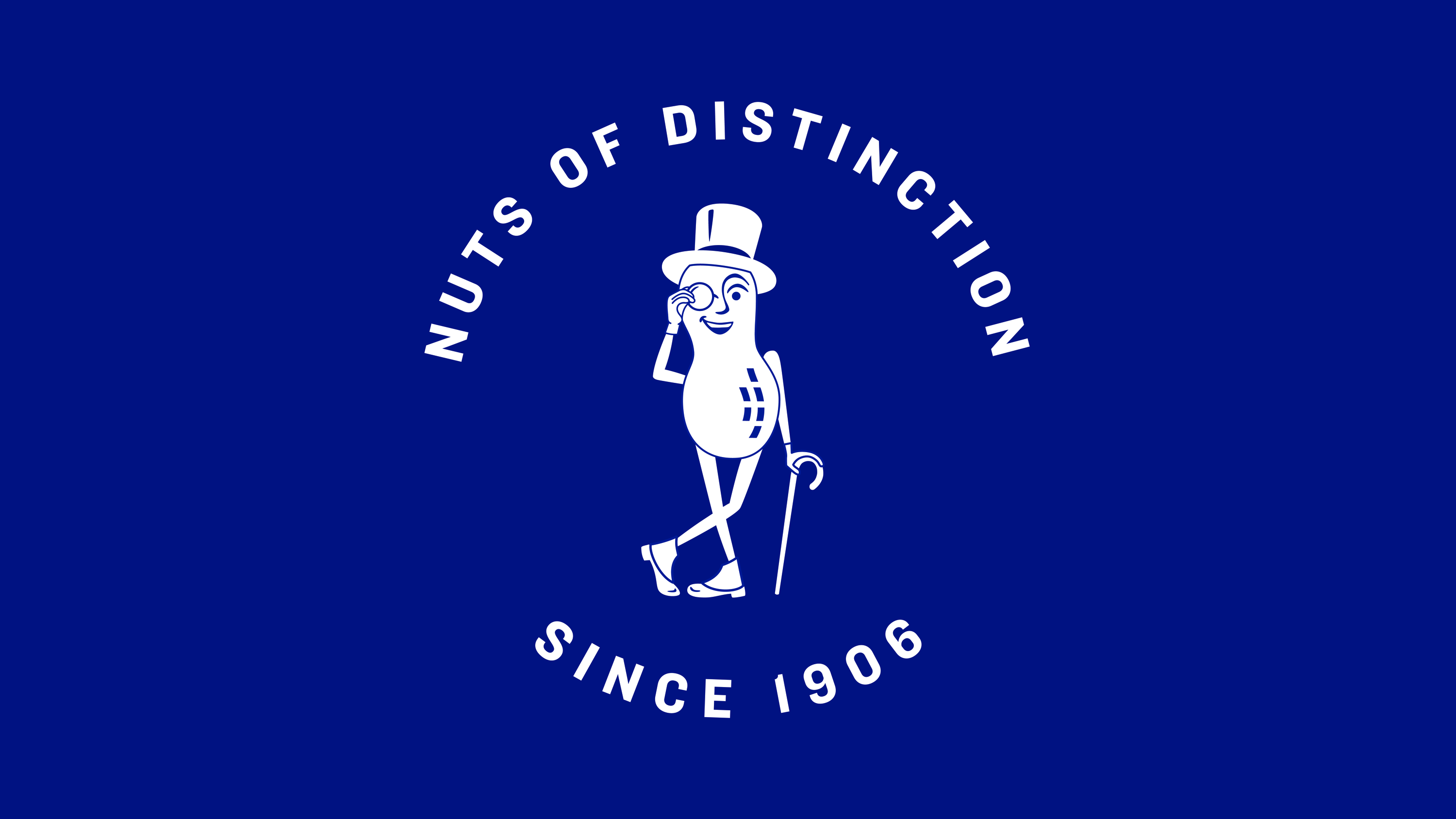 Planters wants to be seen as “nutritious, delicious and familiar,” says Rafik Lawendy, head of marketing for Planters. “That’s kind of the trifecta of snacking for consumers.”

In work that is once again from VaynerMedia, Planters is positioning itself as “A Nut Above," a line introduced this year when it put the $5 million it would have spent on Super Bowl airtime toward awarding what it calls “little acts of extraordinary substance.”

Planters, the leading nut brand, faces rivals such as Blue Diamond and Wonderful Pistachios, as well as store-branded products. That competition is one of the reasons Kraft Heinz decided to sell Planters, CEO Miguel Patricio said on a conference call in February.

Hormel executives, also speaking in February, said they believed Planters needed additional investment in advertising and innovation. Hormel has seen the plans being put together by the Planters team, but the brand continues to be managed by Kraft Heinz until the sale is completed. Hormel didn’t have input on the project, says Lawendy, who will move over to Hormel once the deal closes.

Spending is expected to increase year-over-year, says Lawendy. Planters is advertising on Hulu for the first time and using more digital out-of-home ads than it has before. Numerous pieces of content can work throughout the year rather than focusing solely on big moments such as the Super Bowl. “The content is very much focused on nudging consumers to snack better,” says Lawendy. 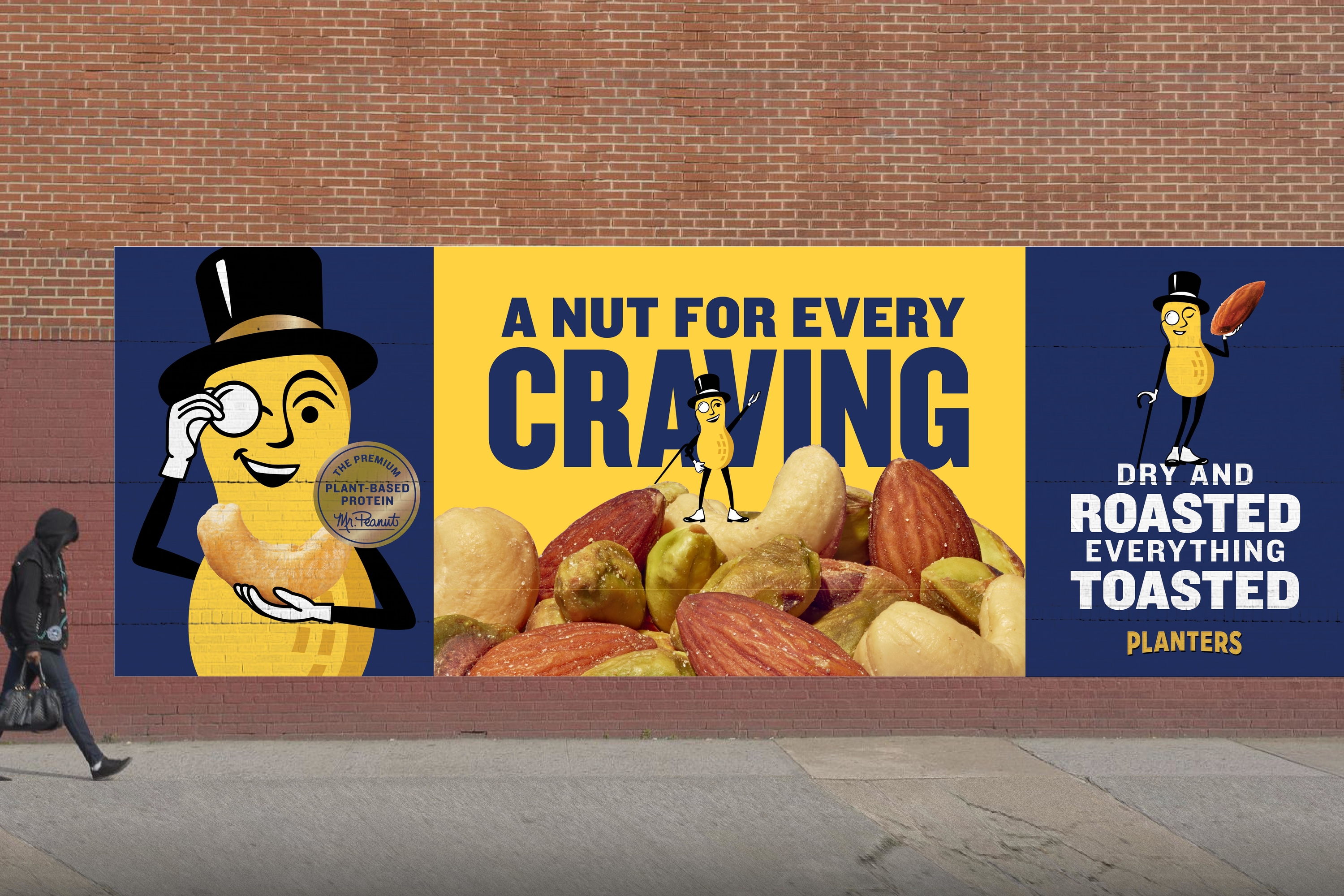 According to Lawendy, people start to eat more nuts at 40 years of age. So, Planters is going after Gen Xers and wants to appeal to millennials as they get older. Still, “the focus is on mindset versus particular generations,” says Lawendy.

The idea of air in bags of chips is mentioned by Mr. Peanut in “Air,” one of the new spots.

“Sustenance” showcases the nourishment provided by nuts and reminds viewers of a key selling point—that peanuts pair well with beer.

"When we brought back Mr. Peanut after he sacrificed himself during the 2020 Super Bowl, we wanted to make sure he came back both as the Mr. Peanut we all know and loved, but also that he had evolved in his year growing up for the second time,” Mike Pierantozzi, executive creative director, VaynerMedia, said in a statement. “So, he’s back, but with a bit more substance, a bit more swagger, a new, more elevated look, and a new message that encourages people to be ‘a nut above’ in how they snack, and in all they do." 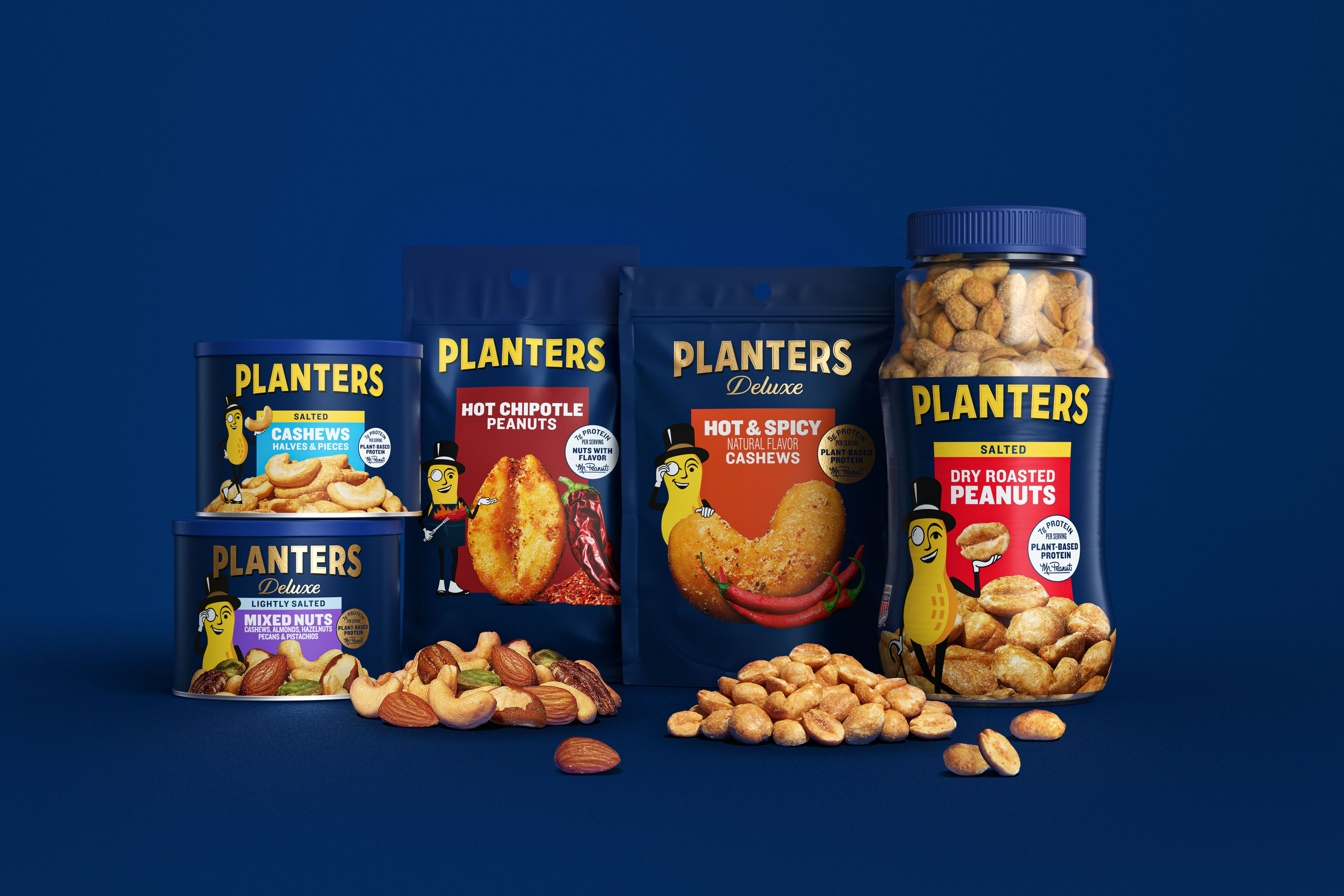