Has Pokémon Go Given Augmented Reality a Lift? 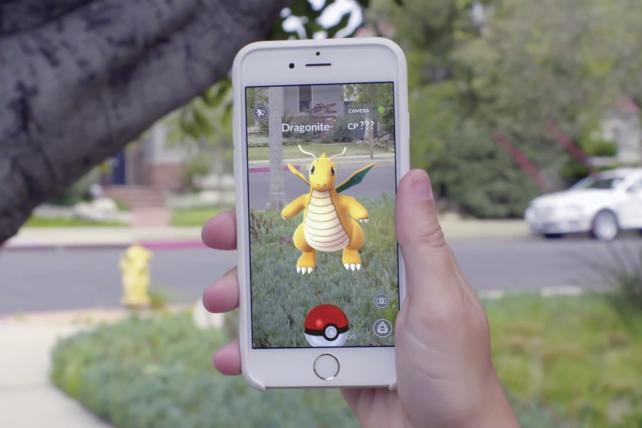 Augmented reality was all the rage seven years ago, with brands from K'nex toys and Lego to Jack's Links beef jerky and Best Buy experimenting with the technology. But as other innovations emerged, the trend was pushed to the back burner.

Then Pokémon Go showed up this summer, breathing new life into AR.

So, is this a passing fad once again, or will marketers take a deep dive into the technology?

"There's life for AR, but it's really crawling along rather than running because it's senseless for most brands unless you're into something like entertainment or providing information or utility," said Peter Bray, former head of digital at Saatchi & Saatchi, who launched his own shop, Bray & Co., last year.

If agencies and brands decide "to indulge" in AR, Mr. Bray said it could be used to enhance a campaign, but should never be used as the basis of one because "it lacks reach."

Jason Snyder, Momentum Worldwide's chief technology officer, said AR is not big from a return-on-investment standpoint for clients, but it's useful for engagement. For example, he said, Pokémon Go has encouraged healthy living by getting people around the world to walk millions of miles, so having a company involved in the game can help from a storytelling and brand value perspective.

While Mr. Bray agrees that AR makes sense when it comes to geolocation, he doesn't think brands should jump on the Pokémon Go bandwagon. "I'd rather have consumers come to my location to interact with my brand than interact with someone else's," he said.

Brands thinking about getting into Pokémon Go-style marketing need to look at the user numbers and demographics to see if the platform makes sense for their target audience, said Joshua Hirsch, global technology director at TBWA Worldwide.

The future of AR, according to Mr. Hirsch, could be in "mixed reality," in which digital objects interact with the real world in real time. "Sometime in the future, possibly the near future of five to 10 years, there will be some sort of ubiquitous application of AR or mixed reality on devices," he said.

The key for brands will be figuring out how to enter consumers' lives and assist in day-to-day activities using a mix of not only virtual reality and augmented reality, but artificial intelligence as well, said Mr. Snyder. "When you start to combine these technologies, that's when the magic starts happening," he said. "The brands that are smart are investing and thinking about how to use these sort of technologies in conjunction with each other."

Bringing AI into the ecosystem with AR and VR will eventually allow marketers to enhance and improve people's quality of life, which is "always the role of the brand," added Mr. Snyder.

By 2020, total revenue for VR and AR is projected to increase from $5.2 billion this year to more than $162 billion, according to IDC.

"Marketers need to be thinking about AR," said Jessica Peltz, partner at KBS Ventures. "It's not a question of how is AR hitting scale today, it's how it is going to continue to grow and ultimately become a staple in our marketing plans in 12 to 24 months."

KBS Ventures invests in technologies and early-stage b-to-b companies to help all of its MDC agencies, such as Assembly and 72andSunny, with their innovation pipelines and predictions.

One prediction, said Ms. Peltz, is the "new advertising inventory base" that could develop by giving people an immersive VR experience that's layered with AR, such as a virtual road trip with AR billboards. "But the questions are around pricing it, measuring it—the reach—and you can't sell the ads based on something like traditional out-of-home," she said.

"AR can completely change the way out-of-home contracts are structured," said Ms. Peltz, who added that the uncertainty of it all is "what's so exciting about it."