Chief Brand Officer Marc Pritchard says P&G is doing more direct deals with minority-owned and other media, and wants to end the 'Groundhog Day' of broken promises
READ THIS NEXT
NFL Playbook: Tracking how brands are marketing around an uncertain season 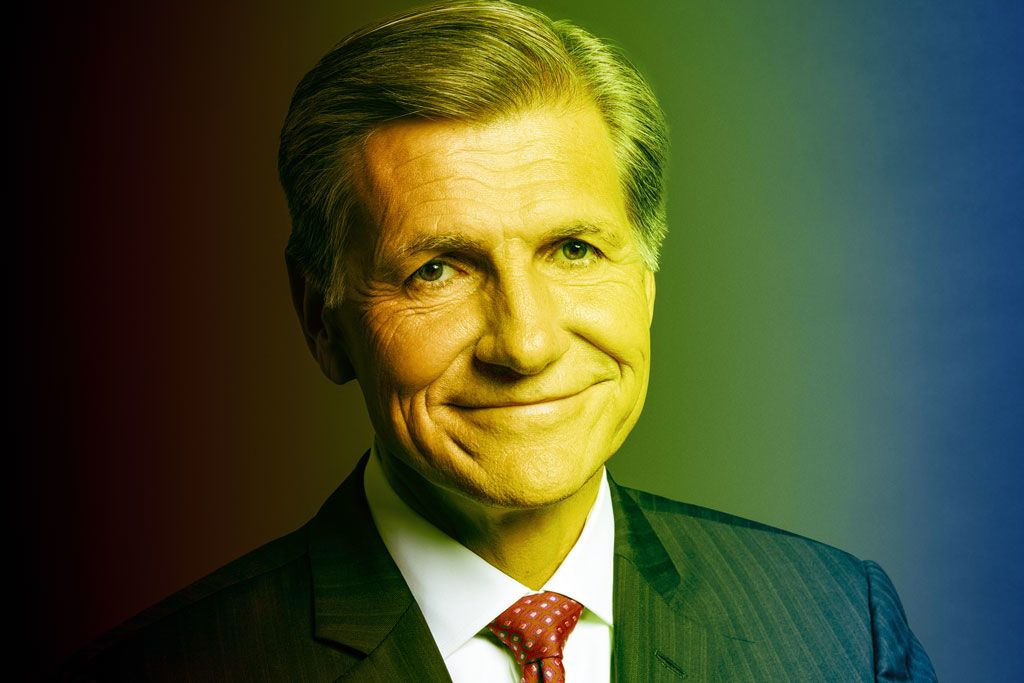 “We’re not going to go back,” Pritchard said in an interview Tuesday before his keynote today during the Association of National Advertisers virtual conference. And, in his most pointed attack yet on the decades-old U.S. TV marketplace, he detailed during the speech how he believes the upfront is set up to give networks and agencies an information edge on marketers, leading to continued TV-rate inflation, despite years of declining ratings.

The move further diminishes the role of P&G’s U.S. media agencies—Omnicom’s Hearts & Science and Dentsu Aegis Network’s Carat—though Pritchard said in the interview that the company will continue to work with media shops in a different way as part of the company’s broader “constructive disruption” movement in marketing.

In Pritchard’s latest wide-ranging media broadside, he also vowed that P&G will increase its direct spending with minority-owned media, and he continued to fault social platforms for their slow progress on measurement, accountability and rooting out questionable content. The ANA chairman said the group will host summits with digital platforms next month to go over those concerns and seek firm timetables for improvements. And he’s also pushing for a pilot or series of pilots by next year on a workable cross-platform media measurement system that cuts through a long history of repeatedly unfulfilled promises he likened to the movie “Groundhog Day.”

But while the customer-friendliness of digital players has long been in his crosshairs, Pritchard’s focus in today’s address was at least as much on the shortcomings of TV buying.

He outlined what he dislikes about the upfronts, starting with agencies collecting budget estimates for the networks at the outset. Broadcasters end up with “a full view of the entire spending forecast” to help them set rates and availability.

“Despite persistent ratings declines every year, TV media rates go up, appearing to defy logic,” Pritchard said. “But actually it’s quite logical because of what a media agency leader once bragged to me about when pitching the agency’s capabilities. This person said they achieved ‘information asymmetry.’ In other words, whoever has the most information has an advantage. And year in, year out, the media providers have information asymmetry.”

Earlier this year in his role as ANA chairman, Pritchard worked to move the upfronts to a calendar model and make other changes, in part to represent other marketers more interested in the upfront. But in his speech he said a better name for the upfronts might be “the FOMOs,” fueling rate inflation. He added that marketers almost always end up buying too much inventory, leading to excess frequency and heavy ad loads, “annoying consumers and wasting money.”

In the interview ahead of the speech, Pritchard said the company would continue to push for more direct deals with networks, bypassing agencies, and more programmatic TV buying. And asked whether he though TV networks could restore the upfronts to their former operating roles after the pandemic, he said P&G won’t be going back, and whether the upfronts re-emerge will depend on what other marketers do.

“In our view, it’s just common sense that we go direct to as many as we can, we go when it’s right for our business, that we have a symmetrical exchange of information,” Pritchard said. “That’s good for the whole chain—our brands, the agencies, the providers as well.”

He added that he believes there’s been a substantial disruption in the marketplace that lets P&G and others develop more custom TV programming. And he ended his talk with a list of 15 initiatives P&G co-created with TV networks or media companies over the past 100 days, largely on social justice themes and other causes, which he said raised a collective $150 million in donations.

Where does that leave agencies?

But the shift toward direct TV dealings raises further questions about the future of P&G’s media agency relationships. In recent years, P&G has moved its digital programmatic and connected TV buying largely through a direct deal with the Trade Desk; had its marketers take a direct role in buying Facebook and Instagram; and brought communications planning largely in house. That seems to leave little remaining planning or buying role for media agencies, confirming the prediction of a person close to the company two years ago that P&G would eventually bring all media in house.

“All of those things will take more touches out of the system,” Pritchard said in the interview. “I think it will change the nature of what media agencies do. And it’s already changing.”

Even in prior TV negotiations, “we were there hand in hand with the agencies,” Pritchard said. Agencies “did great analysis and helped us craft things. It’s just a different nature than the transaction piece. More strategic really.” He believes in re-integration of media, creative and PR functions, described as “back to the future in a more productive way.”

Pritchard added, “There are still many, many companies we can’t go direct with.”

One area where P&G is working directly with a wider array of media is an effort to increase its spending with minority-owned and “operated” outlets (Pritchard pointed to BET, owned by ViacomCBS as an example of the latter).

In his speech, Pritchard pointed to a recent survey by the ANA’s Alliance for Inclusive and Multicultural Marketing that found only 5 percent of industry spending is on marketing to Black, Hispanic, Asian and Native American people. “At a combined 40 percent of the U.S. population, we are clearly under-investing,” he said.

Pritchard said he’s reached out recently to CEOs of several Black and Hispanic-owned media companies to learn why this was the case, and was told it’s because P&G works with “big agencies who work with big broadcasters to make big deals” that are assumed to reach multicultural audiences with general-market buys at lower CPMs, “regardless of whether the media is relevant or effective with our audiences.”

As a result, Pritchard said P&G is now going directly to minority-owned media providers “to give them full access to P&G leaders” and developing programmatic buying capabilities to buy from them.

Pritchard cited some progress in social media content moderation, such as an agreement through the Global Alliance for Responsible Media on common definitions of hate speech and other objectionable content. But he said much more work was needed on enforcement and third-party auditing to verify that platforms are doing it. In October, he said, the ANA board will meet with each digital platform to “review commitments, plans and timetables for eliminating hateful content.”

In the interview, Pritchard said Google’s YouTube has done a better job than many other platforms in creating safe channels for ads and advertiser content, but that marketers are also interested in seeing that more objectionable content gets caught before platforms disseminate it. China, where P&G spends a bigger share of its budget on digital, polices content far better because of government controls, he acknowledged, but said marketers are also aware of the need to protect free expression.

Pritchard said he and other marketers also remain frustrated by the slow progress on cross-platform audience measurement.

“I’m told we’re close, but it feels like the movie ‘Groundhog Day’ because I keep hearing the same promises over and over,” he said in his speech.

“I’m asking all marketers to demand that by the time we hold this conference next year, we have a validated cross-platform measurement pilot in place that’s ready to scale across the industry,” Pritchard said. “We’re committing resources to help, and we expect the platforms and the broadcasters, in concert with the ANA and the [Media Rating Council], to get this done—no later than Sept. 2021.”