How Google's Nest Labs Is Marketing the Smart Home

The smart-home push is here.

Nest Labs, the internet-connected device makers, acquired by Google in January, is launching its first national advertising campaign. Four television spots premiered over the weekend, part of a broad national buy. The push for three products -- the Nest Learning Thermostat; Nest Protect, a carbon monoxide detector; and Dropcam, a home monitoring camera Nest bought in June -- includes outdoor advertising and print placements, in Condé Nast and international publications. The campaign will also extend to several European Union countries. Nest spots will run prior to the safety videos on Virgin America flights. And the campaign has an experiential component as well, with Nest branding blanketing interactive displays in New York City and a ski lift in Lake Tahoe. 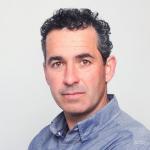 Within Google, Nest and its chief executive, Tony Fadell, are charged with leading the search engine's ambitious leap into the fast-growing smart devices industry. It's Doug Sweeny's job to sell it.

Nest's devices are sold at Target, Best Buy, Verizon outlets, even Apple stores, but the brand is not a household name. Nest is aiming to move into mainstream with this campaign, said Mr. Sweeny, VP-marketing, who joined Nest in April 2013. Previously, he served as VP-global brand marketing for Levi Strauss & Co. His worked there earned him a spot on Ad Age's Creativity 50 in 2011.

Nest Creative Studio, the company's in-house creative agency, designed the campaign. This interview has been edited for brevity and clarity.

Advertising Age: How do you market a smart-home?

Mr. Sweeny: One thing that you'll notice right out of the gate: this is definitely not the Jetsons, all-in-one-touch remote control approach. We're talking clearly about these products and how they can benefit you in the home. Really, we are telling stories and the benefits of these products through that.

For years, people have been promoting and talking about this idea of the smart-home. There's a latent skepticism with consumers of, 'What's the benefit?' We're sort of re-imagining what the products are. We talk about, 'Welcome to the more thoughtful home.' There is a tonality in the way we're expressing Nest that is very distinctive, both at a design level and in the marketing. The marketing and advertising is a direct extension of the products.

Ad Age: The television spots are a bit self-deprecating. Why take that route? What are you trying to achieve in the branding? To avoid?

Mr. Sweeny: They're ironic. We have a rabid community and fan-base. Word of mouth is incredibly strong for the product, as you can imagine. [But] we're starting to broaden our imprint. We're trying to reflect the way our homes truly are and project the product in its environment and how you'd use it.

Programs like Modern Family, which sort of reflect the home in all its bumps and bruises; the Grandpa in the spot is actually George Costanza's boss. [Richard Herd, the actor in one of the Nest television commercials, appeared in Seinfeld from 1995 to 1998.]

We spend most of our time internally with [Mr. Fadell] talking about the consumer journey. We're not trying to present ourselves as a techie brand. It's a brand that benefits you. It can be the latest whiz-bang feature; that's not what Nest is about

Ad Age: None of the advertising copy mentions your parent company, Google. Is there a reason for that?

Mr. Sweeny: That has been the intention from the minute that the acquisition took place. This is directly from Google and from [Google CEO] Larry [Page]. Nest is a brand unto itself. We have a separate management team and a separate design philosophy. It's really our budget. It's separate.