Raise Your Brand to the Level of a Peer

Be a Curator: Consumers Will Seek Out Products, Services That Engender Trust
READ THIS NEXT
A regularly updated blog tracking brands' responses to racial injustice
In terms of being an advocate, Apple stores win by offering consumers a variety of brands.
Credit:

It's time we give up on the word marketing. That implies a single-direction monologue that promotes, advertises and sells at an audience. It's an artifact from a time when companies controlled their brands as their sole guardians. But consumers now have a seat at the table, sharing this control. They have unprecedented power. And, if you think it's their purchasing power that makes this time unique in history, you need to look deeper.

In terms of being an advocate, Apple stores win by offering consumers a variety of brands.
Their real power lies in their ability to sway millions of other consumers as curators. Curators with unlimited resources to research products, review them for others and expose the disingenuous. Curators with the ability to broadcast on a mass scale. And curators with credibility that scandal-laden corporations have all but squandered.

But how do companies reach customers who now look to each other, rather than the companies, for trusted guidance? Finding and cultivating consumer trust means businesses need to understand, embrace and harness the shift to become a "curator brand" -- a brand that engenders such a level of trust and advocacy that it rises to the level of a peer. Ironically, some of the best examples of companies that embody the curator ethos have been with us for many years.

Here are just a few tactics that represent the idea of curating on behalf of an audience vs. marketing at them:

Consumers reward the brands that speak directly to them. The more they feel understood, the more they bond. In spite of this, companies' natural tendency is to extend their brands as wide as possible in the hopes they might appeal to everyone. These mega-brands often lose the connection with their core audience, further "blanding" the brand.

In a curator culture, niche brands replace masterbrands. The internet enables people to easily search out the small niche brands that align with their personal needs. But the ideas from the Long Tail don't just apply to online brands with unlimited shelf space. Most brands benefit by going deep within a segment rather than wide across segments. Small companies can do it with one brand, while large companies can manage a portfolio of narrowly defined brands. These brands unapologetically court their niche market and don't concern themselves with alienating other groups. While it takes courage to do this, it pays off by establishing a strong, clear brand that makes its well-defined audience feel completely understood.

The curator in this regard is Toyota. Toyota has shown two examples of great portfolio management. Rather than stretching its name to the point of dilution, Toyota acknowledged the brand's limitations when it created Lexus. More recently, Toyota focused on the urban youth niche by launching Scion. While other companies take pains not to alienate any consumer, billboards for the Scion provocatively proclaim: "So wrong for so many."

This contrasts Volkswagen's attempt to move its mega-brand up-market by launching the $80,000-plus VW Phaeton, in spite of its almost identical styling to Volkswagen Corp.'s own Audi A8. It not only created a monumental flop (Phaeton was withdrawn from the U.S. market in early 2006 as sales fell below that of even the company's rarified Bentley brand), it may have also confused the populist image of the VW name.

As people look to brands that more closely reflect their own values, giant brands are at a disadvantage to smaller, more targeted ones. In fact, leading brands are most vulnerable to nimble, challenger brands.

How fragile is trust? Everywhere you look, another lie is exposed. There aren't more liars today; it's just easier to expose them. People now have the power to combat those who mislead, helping others wade through the din of marketing noise. There's a new generation of muckrakers helping us decipher fact from fiction. Yet sincere authenticity may be an impossible standard for many brands. It would be a big step if companies could simply resist the temptation to be inauthentic.

Here's an example: A courageous independent New England grocer named Hannaford Supermarkets offers its customers Guiding Stars, an honest rating of the nutritional value of its food products. An unbiased board assigns a number of stars to each food item Hannaford sells, often to the dismay of its own vendors. That's an example of a curator brand.

The marketer, meanwhile, is PepsiCo, which places a green "Smart Spot" on products where some bad ingredient has been reduced. So Diet Pepsi, Cap'n Crunch's Swirled Berries and Baked Cheetos carry an endorsement that implies positive nutrition simply because PepsiCo sells a counterpart that's worse. While reducing negatives is laudable, the wide range of products with the spot undermines its intent, smacking of greenwashing (to borrow an environmental term). 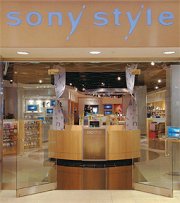 When a company doesn't present itself authentically, its image has a lot to lose. It's a wiki world where individual curators are watching and can instantly expose those who obfuscate.

When a company invites its customers to participate in its brand, it's saying that it values them and their opinions. It can begin with small gestures, as when M&M's let consumers vote on a new color or when Converse enables users to design their own shoes online. Other companies have invited consumers to create their TV commercials. This particular tactic will be a short-lived novelty, but it signals the shift to share brands with consumers.

Consider Apple.com: It allows reviews of its own products right on its site -- no matter how negative the reviews may be. HP.com, meanwhile, has no reviews.

Consumers have come to expect a level of participation, and including them is critical to creating armies of brand curators.

We trust peers who share our experiences (for example, other parents) or share our values (such as political affiliation). We regard these communities as peers whose mutual self-interest guides us in choosing products or political candidates. Can companies actually rise to the level of peer by putting the consumer's interests above its own? Indeed, they should.

For example, while Apple has been criticized for its closed operating system, its retail strategy is remarkably open. Apple stores sell carefully selected products from partners such as Bose, Epson, JBL and Canon. This allows Apple to jump on trends, leverage cachet of hot brands and extend the utility of its core products like iPod. Sony stores mainly carry just Sony products.

Where the brand and consumer meet, you'll find shared values and experiences. When a brand is a sincere advocate, its consumers feel engaged. While consumers might not be able to put their finger on exactly why they love the brands they do, these brands stand out above the others by instinctively understanding the power of the curator culture.

Steven Addis
View all articles by this author