Three Reasons Abercrombie Has (Finally) Jumped on E-Commerce in China 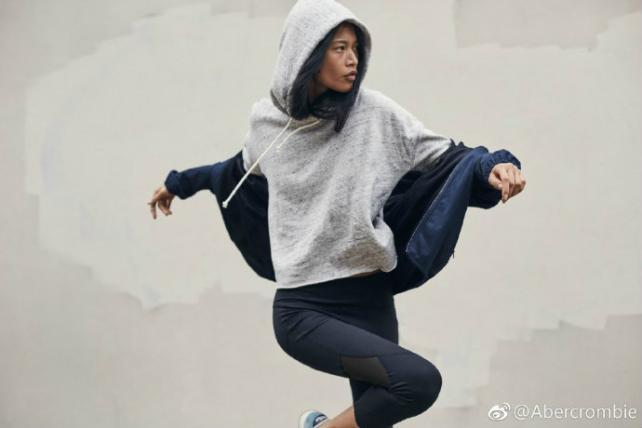 Could China be Abercrombie & Fitch's best bet for the future?

The struggling clothing brand and its kids' line launches this month on China's Tmall, the huge online shopping center operated by Alibaba Group, a sign that the company is pushing for a piece of the world's biggest e-commerce market.

Abercrombie, trying to boost sagging sales, has changed its image from tacky, '90s teenage-sex brand to something more hipster-friendly that nods to its 125-year-old heritage (think sports and hunting), with a renewed focus on fabrics and fit. But the transformation is proving harder to pull off in the U.S. than in mainland China, where Abercrombie launched just three years ago and where consumers are still getting a feel for it. While China has only 10 physical locations, it's gaining steam there instead of losing it, while in the U.S., Abercrombie is closing 60 stores this year.

Abercrombie already has its own standalone e-commerce site accessible in China, but Alibaba's Tmall is the place to be, where brands are most visible to Chinese consumers. So why did the brand, one in need of revenue, wait three years to make a big e-commerce play in a country crazy for online shopping? Here, our two cents:

When Abercrombie entered the Chinese market, it positioned itself as fairly upscale brand. And in China, brick-and-mortar shops remain key for higher-end retailers.

"Upscale brands tend to emphasize the in-store experience and introduce e-commerce later," said Liz Flora, editor of Asia-Pacific research at business intelligence firm L2. She noted that only 40% of luxury fashion brands have e-commerce on their sites, and Tmall is even less popular, with only 20% of them present there. Some luxury brands have had concerns about fakes selling on the Alibaba ecosystem (the internet giant says it has boosted its efforts to crack down on counterfeiting).

Abercrombie's less-expensive, teen-focused sister brand Hollister has been on Tmall for three years. And some retailers—Costco, Target and Aldi among them—are selling through Alibaba's cross-border commerce platform without opening any brick-and-mortar shops in China. They see that as a way to tap into the aspirations of China's rising middle class, while limiting risks in a competitive market.

As Abercrombie shifts strategy, it has (purposefully) lost the distinctive look that defined its retail experience for years—those beefcake-populated murals, and the oversized black-and-white photos of sexy teenagers hanging on store walls. Given the decreased emphasis on lifestyle and focus on product, "the traditional store has lost some of its uniqueness, closing the gap between a physical store and online store," said Esme Pau, head of Asia research at Fung Global Retail & Technology.

It's been interesting to see the brand's image change as Abercrombie opens new stores in China. When the Shanghai flagship launched three years ago, it brought in topless male models for the opening and decorated the store with murals of undressed male athletes. But when it launched in Beijing a few months ago, the focus was on the clothes.

The brand is under pressure to turn around its business, with comparable sales falling 10% in the first quarter of 2017. This month, its parent company ended talks to sell itself.

"Abercrombie was unable to find a suitor for its business, so it needs to urgently turn around the declining business operation," Pau said.

Making a move onto Tmall will help it reach the wider Chinese consumer market, in hopes of boosting international sales and relieving pressure from investors, Pau said. Meanwhile, Alibaba's Tmall has strengthened its own image, she said, and China's young consumers see it as a place to shop for good-quality foreign brands.