Sales jumped nearly 10% last month
READ THIS NEXT
The D’Amelio sisters hook up with Hollister and IHOP responds to Adam Sandler: Trending 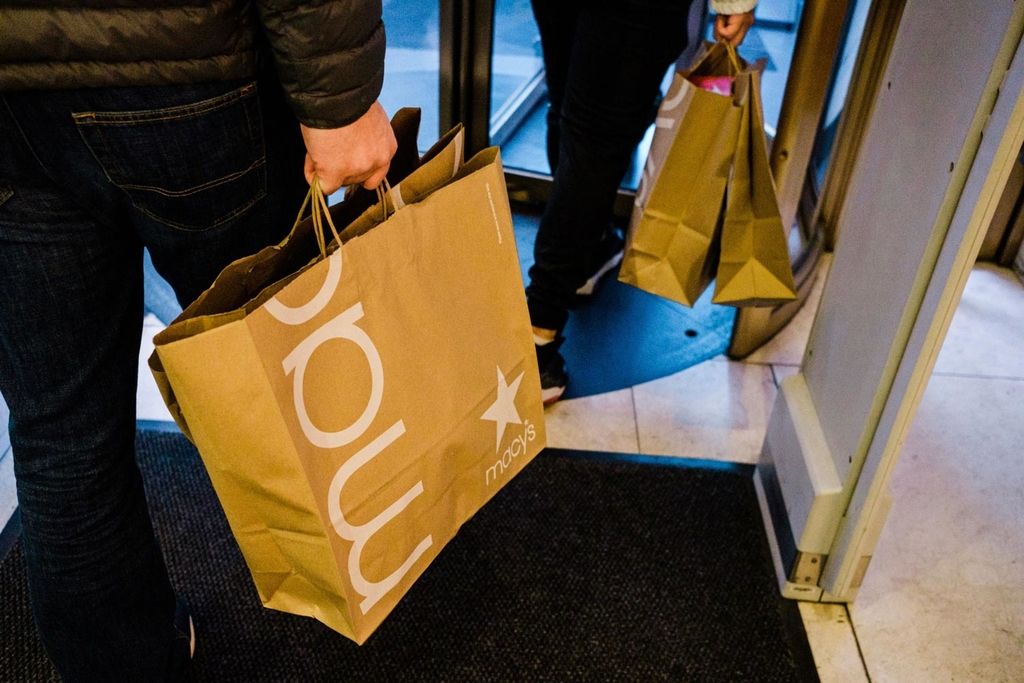 U.S. retail sales accelerated in March by the most in 10 months as business reopenings, increased hiring and a fresh round of stimulus checks emboldened shoppers.

The distribution of $1,400 stimulus checks to individuals and robust job growth last month help explain the rebound in sales, closing out a quarter of sturdy consumer demand. A quicker pace of COVID-19 vaccinations and the easing of pandemic-related restrictions on activity will probably underpin sales, especially in retail categories that have been hardest hit by social distancing.

Other reports Thursday showed strength in manufacturing too. A Federal Reserve Bank of New York index of factory activity in the state jumped to the highest level since 2017. A Philadelphia Fed manufacturing gauge improved to the strongest reading since 1973.

While the economy has shown further signs of roaring back, Fed officials say the U.S. has a long road to recovery with many Americans still out of work and the virus still percolating.

Retail sales were projected to climb 5.8% in March, according to the median forecast in a Bloomberg survey. The outsize gain during the month also reflected a rebound from February, when economic activity was limited by sub-freezing temperatures and winter storms that overwhelmed power grids in Texas and the Great Plains.

The government’s report showed all 13 retail categories posted sales gains in March. The total value of sales in each category, with the exception of restaurants, are above where they were in February of last year.

Receipts at restaurants rose 13.4% in March, while sales at apparel retailers jumped 18.3% -- both the strongest advances since June of last year.

Businesses that have been strong throughout the pandemic, including furniture outlets and building material merchants, experienced solid March sales. E-commerce sales also rebounded.

“Stimulus checks helped,” Blanchette said. “There’s a lot of pent-up demand. And when folks get out they want to enjoy themselves. In many cases, it’s the first time they’ve done it in some time.”

While federal stimulus payments provided a temporary spending boost in the month, their impact in the longer term remains to be seen. Reports in the coming months will show whether job growth and overall consumer confidence will be enough to allow for such huge monthly sales gains.

Further, as the economy continues to reopen, consumers may steer their spending away from merchandise and more toward travel and other services, which could lead to more moderate retail sales.

Gas station receipts rose 10.9%, at least in part reflecting higher fuel prices, which averaged $2.88 per gallon at the end of March, compared with $2.72 at the end of February. The retail figures aren’t adjusted for price changes.

Sales at car and motor vehicle parts dealers advanced 15.1% in March, even as automakers faced production constraints due to the global semiconductor shortage.