The Rebranding of Reefer: Savvy Startups Work to Class Up Cannabis and Fight the Stoner Stigma | Ad Age
Skip to main content
Sign In Register

The Rebranding of Reefer: Savvy Startups Work to Class Up Cannabis and Fight the Stoner Stigma 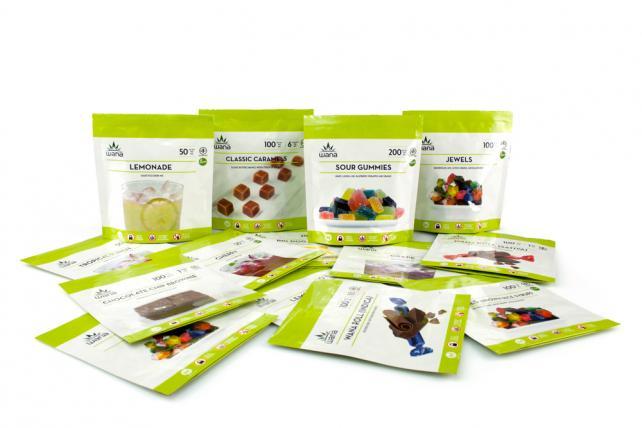 In many ways, brand marijuana was established a long time ago. The accoutrements of weed smoking found at head shops in cities and college towns across the U.S. were all adorned with requisite motifs: dancing bears and tie-dyed swirls, skull-faced jesters and Rastafied marijuana leaves. Now that cannabis and its offshoot products are available legally to medical and recreational imbibers from retailers in Colorado, Oregon and Washington, companies producing regulated marijuana, infused cookies, candies and extracts and the dispensaries selling them aim to give marijuana a makeover -- laying the groundwork for product branding that has no precedent in the mainstream market.

The players are investing in sharp packaging, refined logos, retail design and the talent to build on their progress. While marketing minds step in to assist this new crop of clientele, however, larger agencies appear to be sitting on the sidelines as the industry struggles to overcome hurdles including a lack of standardization, a cold shoulder from banks, and illegality in the eyes of the federal government.

And despite the effort to elevate cannabis above its lowbrow past, innovators still find themselves fighting the goofy puns and imagery of underground pot. An anthropomorphized marijuana bud in sunglasses smokes an overstuffed spliff on Canadian mail-order marijuana service Bud Buddy's website. A droopy-eyed cartoon stoner welcomes web users to HerbiesHeadShop.com. Both promise stealth shipping and operate outside the law.

All the same, legal cannabis marketing "is the project our people are clamoring over to work for," said Andy Fraser, president and co-founder of Sockeye, a creative agency in Portland, Ore.

"This is the opportunity to create in real-time with no boundary, with no net," said Zac Cohen, a New York City transplant who moved to Denver to get in on the burgeoning industry action. In about a year and a half, his firm Blank Space Media has morphed from a design-focused agency to more of a full-service shop, offering PR, package design and media strategy. Last year his first client, boutique dispensary Headquarters, partnered with Boulder restaurant Blackbelly Market to create a dinner event with cannabis-enhanced dishes featuring goat cheese and pistachio truffles and flatiron steak.

Many companies navigating this new market believe they detect potential revenue from atypical cannabis users such as women who would be more attracted by health and lifestyle-related messaging than slogans promoting bleary-eyed partying. When Sockeye conducted market survey research for its client Mirth Provisions, the agency determined that its largest target demographic was probably female, said Mr. Fraser. So Mirth has focused on discreet, healthier products that don't require smoking, such as Legal's low-sugar cannabis-infused fruit drinks, and Drift spray, which when sprayed under the tongue produces a "smooth, subtle body high."

Industry consensus seems to be that employing the word "cannabis" instead of "marijuana," "pot," or "weed" is one way forward-thinking companies can evoke sophistication.

The nascent industry's marketers revel in the fact that introducing a new cannabis brand has no forebear in the way launching a soda or beer brand does, yet some are recognizing that the big beverage makers don't focus on stimulative effects of their elixirs. Rather, they trade on aspirations, lifestyle and personal-reward. Alas, "This Bud's for You" has been taken.

Blank Space Media's consumer research indicated that promoting cannabis brands as lifestyle products could appeal to upper middle class consumers the same way artisanal ice cream does, said Mr. Cohen. "These are people who are healthy," he said, noting his firm recently launched a cannabis-infused breath strip for a client.

From CPG to THC
While some legal cannabis company founders have emerged from behind the veil of the black market, the wide-open landscape and opportunities of legalized pot have inspired an influx of savvy risk-takers to transition to the industry from the worlds of CPG, tech and financial services. Don Robinson, CEO of Golden Leaf Holdings, a maker of cannabis oil products which is publicly-traded on the Canadian Securities Exchange, worked with Mars Incorporated for more than 20 years. The firm's CMO Bliss Dake hails from Mighty Leaf, the tea brand purchased by Peet's Coffee and Tea in 2014.

The internal marketing team at Colorado-based Wana Brands, which makes infused products like oil for vape pens and gummy candies for medicinal and recreational use, is headed by the firm's founder Nancy Whiteman, former VP of marketing at Paul Revere Insurance. Wana is developing a health and wellness lifestyle brand strategy and ad campaign hinged to its tagline, "Enhance Your Life," emphasizing marijuana's ability to improve sleep or enjoy a good meal. These are not the drugs Nancy Reagan warned us about. At least, that's what their marketers want consumers to take away.

Ingrid, an Indica strain of marijuana exclusive to Colorado dispensary startup Good Chemistry, goes for $30 for an eighth of an ounce, a historically-standard amount sold on the black market for individual use. "The strain we've built our namesake on," notes the company's highly stylized website. "This is a 100% indica that will hit you like a tranquilizer dart. Best if used at the end of the day for relaxing and sleeping."

Good Chemistry is among the most advanced of its peers when it comes to investment in overall brand strategy, having completed an all-encompassing branding project begun in late 2014 involving visual language, brand architecture, packaging and retail store design with tech and design consultancy Duffy.

The firm's signature approach comes in the form of its strain categorization reflected in-store and throughout packaging, accompanied by iconic symbols. Lightning bolts connote perception, creativity and pleasure for products in the "Amplify" category. "Relax" features strains that help users "unwind, connect and chill," and is visualized using a Yin Yang symbol.

Most cannabis companies are relatively small despite the projected growth of the industry, another reason why larger agencies may be reluctant to get involved. Portland's homegrown agency Wieden and Kennedy, for instance, declined to comment for this story.

The legal cannabis industry in the U.S. was worth $2.7 billion in 2014, up 74% over the previous year, according to industry research firm ArcView Group. Toronto's Golden Leaf Holdings reported U.S. $7.8 million in revenue for its first three quarters ended September 30, 2015. Often compared to the nascent marijuana market, the older craft beer industry hit $19.6 billion in 2014, reflecting 22% growth, as reported by the Brewers Association.

Recreational marijuana use is still prohibited in Canada, which allows medical marijuana, though the country's new Liberal Party leadership campaigned on recreational legalization. Colorado and Washington were the first states to legalize the possession and sale of recreational cannabis in 2012. Oregon joined the recreational market in 2015; Alaska allows recreational use but has no legal dispensaries.

'A more moody Apple store'
Despite the industry's promise, Good Chemistry's agency, Duffy, wasn't ready to dive in head-first. "You think of stoners and drugs and it's illegal," said Joseph Duffy, exec VP-design at the Minneapolis-based shop. The agency's execs asked themselves, "Do we really wanna be doing this?" before taking on work from the client, Mr. Duffy recalled. In the end, he said, "We thought it was worth it."

Now, the team at Duffy is working on an ad campaign and digital strategy for Good Chemistry, whose unique retail shops in Aurora and Denver are "kind of like a more moody Apple store than it is a typical dispensary," as Mr. Duffy put it.

The typical dispensary? A vestige of their medical marijuana origins, many use the universal emblem of first aid -- the cross -- on signage, and often feature sterile clean lines formed by sleek shelves stocked with clear jars filled with sticky cannabis buds. And, yes, the people behind the counter are actually called budtenders.

"We believe the budtenders selling product within the dispensaries, they're critical as it relates to the consumer experience … maybe like a sommelier in the wine industry," suggested Mr. Dake.

Like craft beer aficionados, these people and some of their clientele can decipher among producers and products. "There are 'cannasoirs,' " said Ms. Whiteman, noting that branding and ad campaigns are aimed at other businesses and industry insiders as well as consumers.

However, much of cannabis advertising is relegated to print, digital and out-of-home media. That's in part a result of budget constraints and in part perceived disapproval by TV and other media outlets. Getting ads in non-endemic publications such as lifestyle magazines a challenge in itself.

There are other restrictions. In many states allowing medical marijuana and the few states that have legalized recreational sales, packaging must be child-resistant and in some cases opaque. There may be a need for industry-induced standards, too, suggested Michael Lindars, principal and art director at Portland, Ore.'s Lucid, a design firm that has developed packaging for Golden Leaf's Proper and GoldenXTRX products. For instance, he wonders whether products like pre-rolled cannabis joints should be sold in packs with standardized dimensions, just like tobacco cigarettes, so they can be readily displayed in retail racks.

"We're just trying to bring classic rules into the system so that things don't get too out of hand."