Weaving storytelling into a marketing strategy can give your campaigns longevity and renewed engagement. Here to illustrate this is Douwe Bergsma, CMO of Georgia-Pacific. Storytelling was a major strategic change for his company and helped its work earn a place among Co.Create's most creative ads and Ad Age's Creativity 50, plus the honors of a Cojones Award and the CMO Club's award for Creativity and Storytelling. 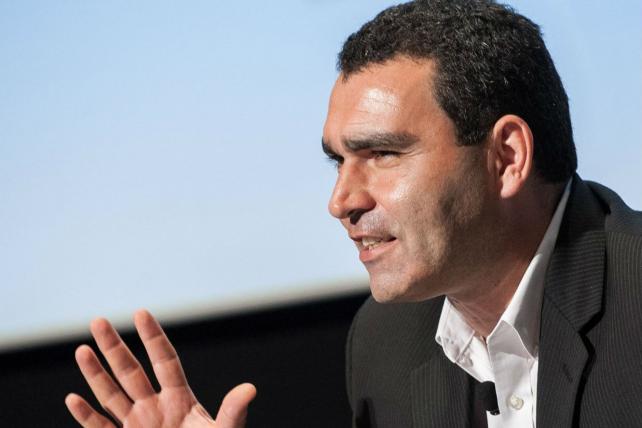 Is storytelling the next wave of marketing? Not necessarily, says Bergsma. The better way to approach it is as a new form of brand communication. "It is not about storytelling as in a different way of labeling or describing advertising," he says. "It's more of a fundamental strategic approach to how to view your communication efforts across all touch points."

At Georgia-Pacific, Bergsma and his team now approach brand communication as if they're writing a movie or ballad or onstage with an improv group. The first step? Creating a story framework. "If you visualize an iceberg, the storytelling part is the part that's above water and the story framework is the larger part that's underneath the water." It's what the author knows but the audience doesn't -- yet -- and requires what he called a "fundamental human truth."

Bergsma tells me that this is similar to what other marketers might call brand purpose, assets or values, but fully explained and perpetuated in a tale that, in theory, never needs to end. In other words, the framework is built around an ongoing conflict. "And like any storyteller would tell you, the conflict is the motor of any story. If the conflict stops, the story stops. It is the element that continues to propel the story forward and drive the intrigue and engagement of your audience."

This is in stark contrast to the era of marketing in which the product was simply the solution to the conflict -- and the end of the story. "The next thing you know, you need to start all over again" with your marketing message, says Bergsma. "Instead of embracing a conflict, many brands say, 'we need to avoid them because we don't like conflicts.'"

To illustrate how storytelling solves this stop-start effect, let's take Georgia-Pacific brand Brawny. Here, the conflict is between toughness and gentleness, and the "fundamental human truth" is about protecting yourself and loved ones. "This requires you to be understanding and open to what life throws at you, but also have the tenacity, toughness and strength to tackle any challenge. We were inspired by a quote from Roosevelt: "Speak softly and carry a big stick, you will go far.'" Bergsma and his team translated this idea into a campaign complete with the 1970's Brawny Man, a giant who's both gentle and strong.

Bergsma tells me that in an ideal world, the two conflicting sides are positives, like safety and freedom, that sometimes collide but are both desirable. Another classic example is "man versus nature." In the best stories, the main characters are going through a "man vs. himself" internal conflict and, for example, become more brave and take more risk as the story progresses," says Bergsma. "We try to seek those same elements for our brands."

Marketing stories, of course, can't be cracked open or held in your hands. In our context, the pages and chapters must exist in multiple media. Says Bergsma: "If you believe in true storytelling, what you do on Google or Facebook and what you do on network TV help deliver 'chapters' of the story." He offers as an example Georgia-Pacific's partnerships with AOL and Meredith, which, when combined with their Amazon product pages, work together to reveal the full story. One of these AOL stories for Brawny highlighted "Everyday Giants" like Khali Sweeney, who started a boxing gym in Detroit, which evolved into an after-school academic support program for youth. "It's only when you're exposed to multiple touch points that you start to understand the value and the deeper meaning of the story," Bergsma says.

Bergsma rattles off additional touchpoints that partake in the storytelling: video ads, Google searches, social media, ecommerce, the in-store experience and especially package design. "To fully appreciate the value of the brand and the meaning a brand could have in a consumer's life, we have to consider all of these elements as part of the story," he says. "That was a big, big paradigm shift. Without this shift, we would not be able to turn storytelling into a competitive advantage in the marketplace."

Here are some of Bergsma's kernels of wisdom. First, resist the temptation to focus solely on the storytelling. Again, the framework is step one. "Draft a brief; write a tweet. But before you do the brief, you actually need to know your story's framework," he says. "It's like sending an improv artist on stage who doesn't know what a story framework is."

Second, citing the help of lead storyteller Shari Neumann, a former Coca-Cola employee, Bergsma stresses the value of hiring and retaining natural storytellers. Because what's a story without a skilled author (or several dozen)?

Third, storytelling is not a linear process. In other words, the process of creating a story is a story in itself, with pitfalls and plot twists. "You need to be very agile and experimental and embrace the mistakes and the failures you have along the way and have a very experimental mindset," Bergsma says. "You need to do a lot of trial and error and go down specific pathways to figure out what's going to work for the brand or what doesn't."