What's the Most Risky Thing You've Done in Your Career? | Ad Age
Skip to main content

What's the Most Risky Thing You've Done in Your Career? 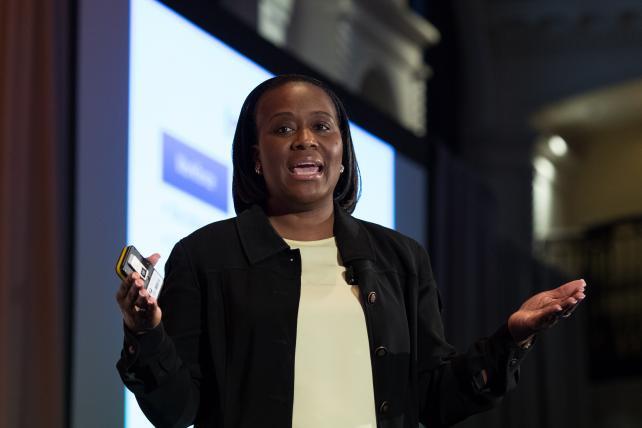 There's risk and then there's reward. But they don't always intersect. We asked participants at the Ad Age Brand Summit in Detroit this week about the riskiest brand moves in their careers. Some got the reward and some did not.

Rob Schwartz, CEO of TBWA/Chiat/Day New York, said his biggest risk was undertaking Pepsi "refresh project," a 2010 initiative by PepsiCo to award $20 million in grants to individuals, businesses and nonprofits that promote a new idea that has a positive impact on their community. "We took money off the Super Bowl, a property Pepsi had been on for almost a quarter century, and we put it into a different idea," he said. "How could you possibly take Pepsi off of the Super Bowl? I think it paid off because it showed there was another way for brands to operate: Not just in mass media, but they can really get into their communities."

Allison Manswell, senior consultant, Cook Ross, didn't hesitate when considering the biggest risk she's ever taken in her career: It was deciding to write a book about race in the workplace. She faced some pushback and people suggesting she diversify the book, but she stuck with what she wanted to do. "It was probably one of the best decisions of my career."

Victor Kimble at PeriscopeMinneapolis, recalled being at Deutsch and working on the Tylenol account. The brand's positioning had been about Tylenol talking about product benefits and pain relief. His team, however, advocated toward making the message about feeling better with a nontraditional campaign including events. His team prevailed and there was a share uptick, but ultimately a more subjective decision was made to revert to the former strategy.

Suzanne Michaels, the executive VP of creative innovation at Leo Burnett, took the biggest risk with her own personal brand. She said "yes" to just about every opportunity that came her way. Hindsight is 20/20, as they say, so entering the agency space during the digital dawn of the 1990s, the future was anything but a given. The single biggest gamble: "Leaving BBDO to go to The Abundancy, which was a little startup incubator that was trying to do things differently and reinvent how advertising worked," she said. "We did that for a year and then got bought by Leo Burnett, so it definitely played out."

Roger Baran, creative director of Goodby Silverstein & Partners, said his biggest risk was creating the Rainbow Doritos. Chief concern: "We didn't know how to do the chips." After figuring out the product development of making new shades of the chips, they were working on the project in 2015 before the Supreme Court ruling on gay marriage came out. "We didn't know how the Supreme Court would go." So there was the danger of the ruling going the other way. Once the bags were announced, there was also some backlash and negative reaction. But that's just the way the chips crumble.

Chantel Lenard, executive director of U.S. marketing at Ford, said the brand took a risk by using Snapchat to reveal the new EcoSport. Ford turned to DJ Khaled, who debuted the small SUV to his Snapchat followers in advance of the Los Angeles auto show. "It was a first-ever auto reveal with Snapchat," Lenard said. "Together we answered a lot of questions internally about who is the audience of Snapchat: Aren't they 12-year-olds who are never buying vehicles?" But "it really is millions of people, many of whom are over the age of 18 and we want to connect them with the Ford brand early on."