Retailers ditch the robots, double down on personalization

At the SoHo flagship of fashion designer Rebecca Minkoff, the shelves are stocked with XXS, the smallest size available. But the store is not sizeist—those floral dresses and blush-pink leather jackets aren't just for the petite. Consumers who grab a frock off the rack and carry it into a dressing room are encouraged to use a touch screen on the mirror to request the size of their choice, and are also presented with a host of other options to pair with the dress, which carries an RFID tag that triggers the "smart fitting room."

"We use technology to solve the pain points in brick-and-mortar shopping," says Uri Minkoff, chief executive and co-founder of the fashion brand—and Rebecca's brother—noting that the company aims to unite the in-store experience with the realities of shopping online. "This drives confidence. The woman doesn't have to leave the fitting room half-naked and put her jeans back on and have the door lock behind her. She can own the whole store from within the fitting room."

A few years ago, robots were shaking out to be the AI trend overtaking the retail floor. Brands like Lowe's and Uniqlo rolled out (literally) cute little bots reminiscent of R2-D2. But such innovation has now taken a backseat to the technology implemented by brands such as Rebecca Minkoff that are catering to customers who crave a balance between personalized service and an easy and efficient shopping experience. Rather than replace staffers, this new tech uses AI to help store employees improve their work. It arms them with back-end data and front-end recommendations for shoppers to increase their store spending. Some programming, like facial recognition to identify and effusively greet VIP customers when they enter a store, is also being used.

"We often tend to see AIs as bots to replace people," says Eric Gervet, partner in the retail and digital transformation practices of A.T. Kearney, a global strategy and management consulting firm. "It's also very much about fueling people with insights so they can do their jobs better."

AI is one of the top five tech priorities of retailers, according to analysis reported this year by Forrester Research, which found that some 28 percent of global data and analytics decision-makers are interested in or have implemented AI and believe it could increase operational efficiency. Yet brands are grappling with how best to incorporate such initiatives into the store format without alienating consumers with, say, a clunky robot that won't compute a "no thanks" response.

Some retail experts say that marketers should avoid chasing the trend and actually examine how beneficial machine learning can be for their operations, particularly in the physical store. Much of the technology is still in its early stages—we haven't replicated the eye-scanning lasers of the Gap store in "Minority Report," for example, and few consumers might want that level of analysis when their privacy is at stake. Furthermore, the innovation is expensive and a tough case to make to investors when sales results have yet to be proven. While self-checkout is now present at many grocery stores and pharmacies, pilots where consumers can check out with their own smartphones in stores is still a work in progress, according to Sucharita Kodali, VP and principal analyst serving e-business and channel strategy professionals at Forrester.

"The truth is that there's not a lot of space for artificial intelligence in the physical store," she says, noting the high costs of robotics and that most retailers settle on a chatbot instead. "When people talk about AI, there's a lot of probing around in the dark."

Those retailers that have dabbled in robotics have pulled back from such investments. Two years ago, Kohl's was testing a friendly robot through its tech initiatives team, but such innovation barely reached consumer-facing levels. Executives at the Menomonee Falls, Wisconsin-based department store chain declined to comment on current robotic efforts. Walmart is piloting a shelf-scanning robot, the company said late last year, but the machine more resembles a vacuum than a contraption able to converse with customers.

Meanwhile, Target is in the process of installing automatic cash-counting machines, which it says will free up workers for an extra 90 minutes a day to better interact with customers.

Most experts say that customers, particularly in clothing stores, don't want to talk to robots; they prefer the empathy of a human touch. Besides, robots can be just plain unsettling. 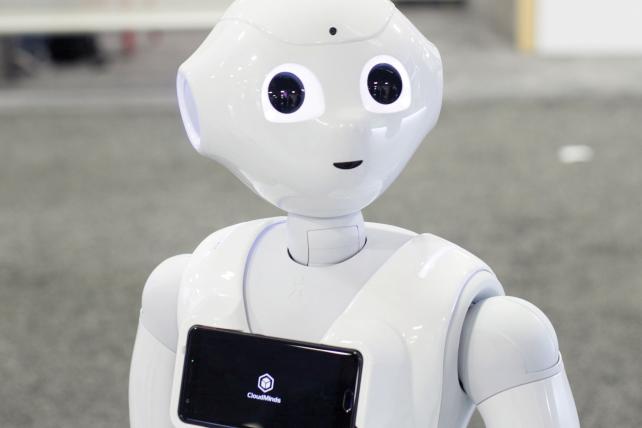 Pepper, a customer service robot that roams the stores of the company that made it, Japanese telecom giant SoftBank.

"It's the uncanny valley problem. When something resembles a human too closely, but is not there yet, it makes people uncomfortable, maybe creeps them out a bit," says Andrew Frank, an analyst at Gartner. "Retailers and designers, in general, underestimate how difficult it is to make an interaction with a robot feel natural."

Most robots are slow-moving and often misunderstand queries. Plus, people prefer using the device they already own to answer their customer-service queries if they're hesitant to ask a store associate.

"People are comfortable talking to their phones and using them, and they feel somewhat more secure in their relationship with their phone," adds Frank. However, he notes that in some countries—particularly Japan, where a humanoid customer service robot named Pepper made by Japanese telecom giant SoftBank roams its stores—the culture is more welcoming of such machines. That's not so much the case in the U.S., where 36 percent of U.S. online adults think retailers need to do more to offer personalized experiences, according to Forrester.

Lowe's Innovation Labs, the division that experiments with new initiatives at the hardware chain, began working with robotics four years ago. The brand deployed LoweBots last year to help with consumer queries at a handful of stores in California, but that pilot has now concluded, the retailer says. Robots were able to help with translation for non-English-speaking customers, scan shelves with computer vision for inventory issues and help with price checks. Josh Shabtai, director of lab productions at Lowe's Innovation Labs, says the artificially intelligent bots helped as a tool and a lot of their takeaways will be incorporated into how Lowe's stores currently function. Robots are especially helpful with routine tasks—price auditing by checking for price errors on items, or photographing items in high resolution. They aren't helpful at some of the how-to questions that customers have, especially emotionally driven inquiries. 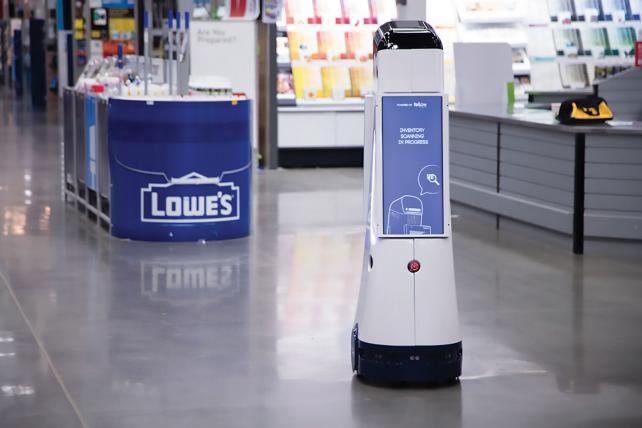 Lowe's tested consumer-facing 'LoweBots' in some stores last year, but concluded that robots are better at assisting its employees than helping customers.

"We sometimes talk about robots as tools, almost as the equivalent of an oversized smartphone for associates," says Shabtai, noting that Lowe's will not deploy customer-facing bots anytime soon. "They are best used to free up our employees to do more to work with our customers."

Many experts see a future in store concepts like that of Rebecca Minkoff for which technology offers a more friction-free experience. Spruce Labs, a three-year-old startup that provides an operating system for retailers like cosmetics seller Ulta, helps with consumer recognition and arms store employees with shopper history, preferences and payment sources so customers are better served. The technology is similar to Amazon Go, the Seattle-based internet giant's store pilot where sensors identify items and consumers can just pick up their purchases and walk out.

"We see a lot of technology to differentiate and improve, or even just create fresh experiences at retailers," says Andrew Murphy, managing partner at Minneapolis-based Loup Ventures, an investor in Spruce Labs. He notes that robot service, beyond shelf-stocking and security measures, is "antithetical to the whole point of why we go into a store."

Key to any initiative, experts say, is harnessing the shopper data that any artificial intelligence—robot or otherwise—compiles to improve the experience and make operations more efficient.

"There's a lot of excitement on AI, and retailers are rushing to put this technology out there," says Mike Kim, a director at management consulting firm AArete, noting that by researching how consumers are interacting with AI, retailers can make their processes more efficient. "The data coming from AI itself—from chatbots, robots, immersive experiences—that is really a wealth of information when mined directly with data scientists."

At Rebecca Minkoff, the brand is using such data to produce marketing content for consumers, even after they've made a purchase. The fashion house recently installed QR codes in its handbags—the codes sync with phones and geolocate consumers on their travels. If a shopper (who opts in to the tracking) is in Austin, Texas, for example, Rebecca Minkoff will serve her travel advice. The brand also has the technology to send discounts and rewards for future purchases. While the program is in its infancy, its further development is a focus, according to Uri Minkoff.

"We still have a lot to add to it, but all the plumbing is there," he says. "Now it becomes us having a product that's actually living in a world post-purchase."