Have Phone Fires Singed Samsung's Reputation or Immolated It? 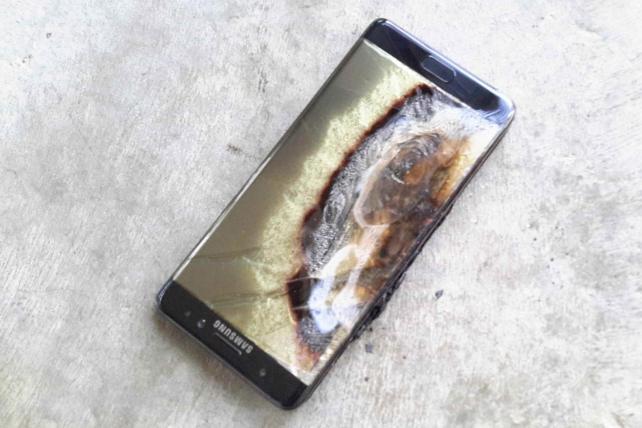 A Samsung Galaxy 7 Note that exploded on its owner in Australia.
Credit: crushader via Reddit

Samsung began a recall of the 2.5 million phones in early September after an investigation of 35 reports of fire and explosion incidents revealed a battery defect. However, stumbles in communication and execution in coordinating the recall since then has rained criticism on the top-selling Android smartphone maker, which was dealt a new blow when the Federal Aviation Administration recommended flyers not carry the phone on planes.

The timing overall couldn't be less ideal--coming not long after the Note7's release on Aug.19 and just before smartphone rival Apple unveiled its new iPhone 7 lineup.

"When the [recall] news broke [on Friday, Sept. 2], consumers thought they would come out with something maybe on Monday, but then there was nothing definitive. … As a result that causes a bit of a loss in consumer confidence," said Gartner analyst Tuong Nyugen. "From [Samsung's] initial reaction, they seemed a little unprepared to deal with it properly."

In fact, Samsung has not done any paid media to publicize the recall. But it did issue a statement late last week, along with the Consumer Product Safety Commission, outlining the U.S. exchange program for Note7 users and promising that the Note7 phones for exchange would be in stores by Sept. 21. The new Note7 will have a green battery indicator to distinguish it from the original version's white indicator.

Coincidentally or not, Samsung's introductory TV ad campaign from Wieden & Kennedy for the Note7 that broke in early August last aired the day before the recall, according to real-time TV ad tracker iSpot.tv.

Samsung said it will ramp up efforts to reach Galaxy Note7 owners "through multiple touchpoints, including direct communications, customer service, social media, marketing and in-store communications, to ensure users are aware of the program," in response to Ad Age questions about its communication plans about the recall.

But is it too little too late? It all depends on what Samsung does next, said brand experts.

"This isn't going to kill the company, but it's going to cause damage, and the only question now is how much damage," said wireless analyst Jeff Kagan. "If no one gets hurt and the problem gets solved, it would be a hit on the brand, but they will recover. If someone gets hurt, all bets are off."

That's a possibility as many Note7 users are still using their phones. Apteligent mobile metrics provider found last week that usage of the phone had only dropped 13% by the end of the day Wednesday -- two weeks after Samsung announced the recall.

Robert Passikoff, president of Brand Keys, defended Samsung's handling of the crisis and said "they have done exactly what they needed to do." Problems with universal communication and glitches with returns is inevitable in a global recall of this scope, he said.

Along with taking responsibility quickly and establishing a return program, Samsung's stellar reputation is keeping its brand in good stead, he said, pointing to Chipotle as a similar example. When Chipotle's food poisoning problems first began last year, loyal customers dismissed the incident as just something that can happen with fresh produce use, Mr. Passikoff said. However, as the incidents began to stack up, Chipotle's reputation did eventually begin to suffer.

"The forgiveness aspect of loyalty is not bottomless. But this is the first time we're seeing something like this from Samsung … so I think this is proving out that engaged and loyal customers are going to give the brand the benefit of the doubt. If the brand continues to behave in a responsible manner, they will end up coming out of the tunnel OK," Mr. Passikoff said.

Mr. Nyugen said as long as the rest of the Samsung recall goes smoothly, he doesn't anticipate market share shifts between the two top sellers.

"If there is any loss of share, it would be to other Android vendors," he said. "A number of people have asked if Apple can capitalize on this, but my point of view on this, especially in the U.S., is that people have chosen their sides."