Actress Says She is 'Saddened, Disappointed and Deeply Concerned' Over Price Increases 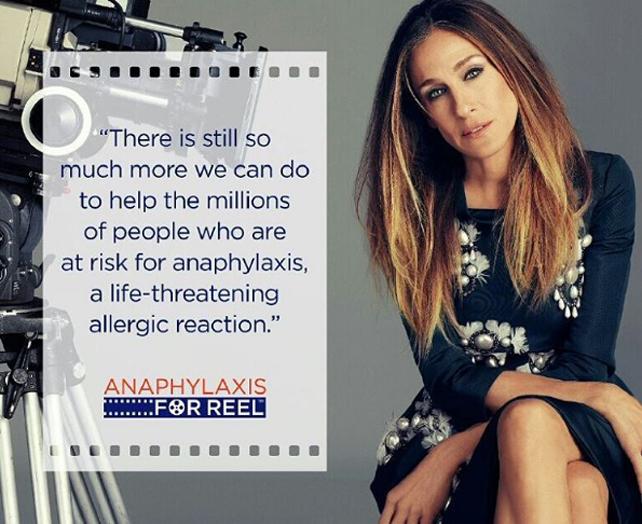 Add another voice to the outrage over the soaring cost of Mylan's EpiPen: spokeswoman Sarah Jessica Parker.

The "Sex and the City" star, who was part of the company's "Anaphylaxis: For Reel" effort in May that brought attention to allergic reactions via a media tour and social campaign, took to her Instagram account to denounce the company's price hikes on the device, which now come to $600 or more for a two-pack. Ms. Parker has a child with severe allergies and made the talk-show circuit on behalf of the brand. Today, however, she posted this to her 2.7 million followers on Instagram:

I was recently involved in an initiative to raise awareness for anaphylaxsis. It's a cause deeply important to me because of my son's life-threatening peanut allergy. The epinephrine auto-injector is a vital part of our family's healtchare, as it is for the many who are at risk. I recently learned that the price of the EpiPen has been systematically raised by Mylan to a point that renders the medication cost-prohibitive for countless people. I am left disappointed, saddened and deeply concerned by Mylan's actions. I do not condone this decision and I have ended my relationship with Mylan as a direct result of it. I hope they will seriously consider the outpouring of voices and those millions of people who are dependent on the device and to take swift action to lower the cost to be more affordable for whom it is a life-saving necessity.

Mylan has not returned requests for comment. In addition to Ms. Parker, it has used other celebrities in marketing. In 2012, "Modern Family" star Julie Bowen, who also has a child with allergies, was a spokeswoman. At the time of publication Ms. Bowen had not addressed Mylan on her social accounts.