The Secret Behind the Long Union of Allstate, Burnett | Ad Age
Skip to main content
Sign In Register

The Secret Behind the Long Union of Allstate, Burnett

Like in Most Marriages, There's Sometimes Mayhem, but a Lot Can Be Learned From This 54-Year Relationship
READ THIS NEXT
Chipotle cosmetics are back, and Elmo cleans up for SC Johnson: Trending

Midway through an important meeting before the launch of a big campaign, Allstate Senior VP-Marketing Lisa Cochrane turned to the dozen or so people in the room and asked, "Does everybody here besides me know 'Safety Dance'?"

Her creative agency, Leo Burnett, had just shown her an ad featuring the hit song from the '80s. But it was foreign to Ms. Cochrane, and she wondered if viewers would be just as lost. A collection of media-buying and creative professionals from Allstate, Leo Burnett and media agency Starcom sat around a conference table littered with boxed lunches, coffee cups and soda cans. After a brief silence, her colleagues began to tease her. Of course they knew "Safety Dance." Who doesn't? 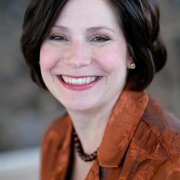 "It has 8 million views, by the way," said Charley Wickman, Leo Burnett's executive creative director, pulling up the video on YouTube.

Ms. Cochrane had her answer. The meeting moved on, with more banter, straight talk and enough laughs to liven up a tedious review of the final details of ads set to launch in days for a new claims offering.

When you've worked together for 54 years, as Burnett and Allstate have, this is how things go. There are no pretenses and no political speak. Most of all, no one thinks a misstep here or there will lead to a divorce -- a common fear in adland, where client-agency relationships are measured in months rather than years.

So how have they done it, and what lessons does their partnership hold for others? To get some insights, Ad Age sat in on a late-December meeting and interviewed key members of the Burnett-Allstate team. Here is what we found:

The Burnett-Allstate people get along, maybe because they spend so much time together. Team members meet every Thursday, usually in a conference room at the insurer's massive headquarters in suburban Chicago. Burnett, which is based downtown, has its own room on the site.

Ms. Cochrane sits in a large cubicle, not a separate office, to better facilitate constant interaction. "I would say probably 24 hours a week, I am with Burnett people in some way, shape or form," she said.

The practice became ingrained early in her advertising career, when Ms. Cochrane was at Ogilvy & Mather and assigned to the Sears account. At least twice a week she worked from an office on the 73rd floor of the Sears Tower, even though her agency was a short cab ride away.

There was no question about who was running the meeting last month. Between sips of soup, Ms. Cochrane fired questions as the team went over radio, digital and TV ads for the "claims satisfaction guarantee" program, which promises compensation to customers unhappy with the service they get.

But as she drilled down into the tiniest details, Burnett didn't hesitate to push back.

Ms. Cochrane asked if they really needed a period after the sentence "Get the confidence of Allstate."

They threw another ad up on the screen, featuring a man having roadside trouble in the middle of nowhere.

"What was that noise? It sounds like crickets," Ms. Cochrane said, suggesting that it was too loud. "Is it too late to make a sound change?"

She then added, "I really want everyone to tell me if I'm just being petty."

Mr. Wickman replied, "I don't think it's that big a deal."

The back-and-forth illustrates a hallmark of this relationship. No one is reluctant to speak his mind.

"We don't want suck-ups," Ms. Cochrane said. But it's a two-way street , she added. Although "you have to challenge your agency, you have to be willing to go with them, too."

Things are not always rosy between Burnett and Allstate. In fact, they were downright awful in 2003. The insurer was feeling the heat from big-spending rivals Geico and Progressive , and it thought the agency's work had turned lackluster.

Instead of firing Burnett, Allstate pressed for changes on both sides. Recounting a critical moment, Leo Burnett North America President Rich Stoddart said that Allstate CEO Tom Wilson called Linda Wolf, then the chairwoman-CEO of Leo Burnett Worldwide Chicago, and told her: "I think I've got the B team on this business and you've got the B team on this business. I'm going to change my team, and you need to change yours."

Allstate faces the same, if not greater, competitive pressures now. Though it has recently lost market share (sometimes deliberately, to limit exposure in high-risk areas), the company's ads are highly regarded -- particularly its "Mayhem" campaign.

But the team is again being reorganized, Ms. Cochrane said.  "I just never want anything to get tired or stale. It always needs to feel fresh."

Allstate gives Burnett a performance review twice a year, but in reality the two are always evaluating each other. "If I start to sniff out that something's going sour -- and it goes sour every day, the pace is so incredibly hectic -- if I start to even smell that , I will go right in on it," Ms. Cochrane said. "Likewise, I want them to tell us if we're not being the best client partner and address it [rather] than let things get to be rotten."

Case in point: About a year ago, Ms. Cochrane became disenchanted with Allstate's radio advertising, so she coordinated a "radio day" at Burnett headquarters, inviting outside experts to give advice and show off great work. In October Allstate's "Mayhem" radio campaign won a 2011 Mercury award.

Allstate and Burnett make a point of playing as hard as they work. At a holiday gathering the team ate, drank and "danced into the night," Ms. Cochrane said. Of course, sometimes people just click, like Ms. Cochrane and Mr. Wickman, who joined the team not long after the 2003 reshuffle. "Within about five minutes I hit it off with Lisa," he said.