How to Sell Toys When Parents See Little Value in Playtime

READ THIS NEXT
Why tiny e.l.f. is thriving in a pandemic that has seen bigger beauty peers struggle 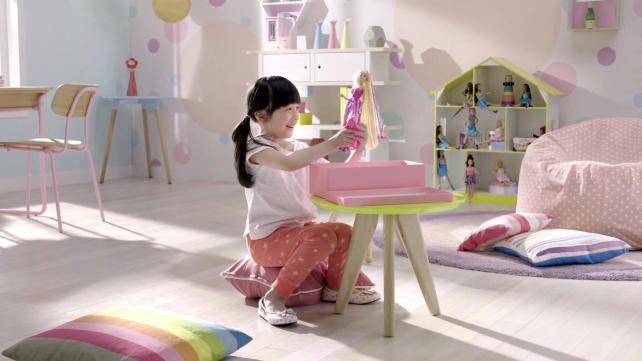 In China, parents buy fewer toys for their children than in markets like the U.S. or Japan. China spent an estimated $10.3 billion on traditional toys and games in 2015, less than half of what the U.S. spent, though China has nearly five times the U.S. population, according to Euromonitor International. That's partly because Chinese parents have tended to view play negatively, as a distraction from schoolwork. "Parents see play of little perceived value," something that doesn't fit into their core values of learning and development, said Ching Wang, marketing VP for Mattel in China.

For foreign brands, there's another issue. Many Chinese parents didn't grow up with brands like Barbie or Lego, so there's less nostalgia and familiarity with them. Brand and marketing consultancy Prophet polled consumers in both China and the U.S. last year about what they saw as the most relevant brands in their lives; Lego and Mattel's Fisher-Price were on the U.S. top 50, as were Disney and Pixar, but none of those turned up on the equivalent China list.

While Western parents already see play as helping kids develop, Chinese families are more receptive to messaging that shows a direct, clear benefit of how it boosts their children's knowledge or creativity.

Schools are competitive in a country of 1.37 billion, and supplemental after-school classes are common. Yet there's growing discussion, especially among Chinese millennial parents, about how to help children be more well-rounded. And that might be one opening for toy brands.

Many young parents have "emotional baggage," such as memories of being forced to practice piano for hours on end. "They want their children to be happy and healthy," said Ms. Wang. But she notes that toy brands also have to get grandparents on board with the sense that play is beneficial, since many live with their grandkids in multigenerational families.

There's also more talk in China about preparing children for a different world tomorrow, since many will go on to jobs that don't yet exist. "No matter if you're in China or the U.S., that is how the world is evolving," Ms. Wang said. "If we ensure they become curious and active learners who enjoy learning and exploring, that's the best way to prepare kids for walking into the unknown."

From Mattel to Lego, brands often share very clear messages showing how parents can engage with kids, and help parents see how play might help kids succeed in life. Lego, for example, used app WeChat to share a post by a father who's an engineer in Silicon Valley, showing how he uses Lego bricks to teach his child math skills.

Crayola and VML China worked on a WeChat campaign that put children's artwork on the walls of virtual museum galleries—the goal being to help parents see their children's "power to create," another message about innovation.

Mattel's global mission is to "inspire the wonder of childhood." That's the same in China, thoughMattel reframes the value of play in a way that speaks to Chinese parents, explaining, for example, how Hot Wheels can teach kids about physics.

A pan-Asia video for Barbie by BBDO Hong Kong countered stereotypes about play being a waste of time by showing how girls get more self-confident, creative and emotionally intelligent when they play with Barbie dolls. It's a regional message that's part of Barbie's global "You can be anything" message of empowerment for girls. The video had 7.5 million views, over half of them on Chinese platform QQ.

"We know parents in Asia are more and more keen for girls to develop emotional intelligence—you need to have academic skills, hard skills, but soft skills are also key to succeeding in a very competitive society," said Andrea Vitali, Mattel's marketing director for boys' and girls' toys in Asia-Pacific.

In China, the world's largest e-commerce market and a country of 731 million internet users, Mattel just signed agreements with internet and e-commerce giant Alibaba and online parenting platform Babytree. That will help its brands have a more direct relationship with parents looking online for inspiration and practical tips, and weave the brand deeper into the child-rearing discussions happening online. "The last thing we want to do is preach from the top and say, 'Hey, listen to us, we know what is right for your child'—we want to be part of the community, be part of the conversation," Ms. Wang said. There's also the possibility of intriguing product collaborations, as Mattel will work on interactive learning products with Alibaba's artificial intelligence lab.