Sephora to shut down stores for inclusivity workshops 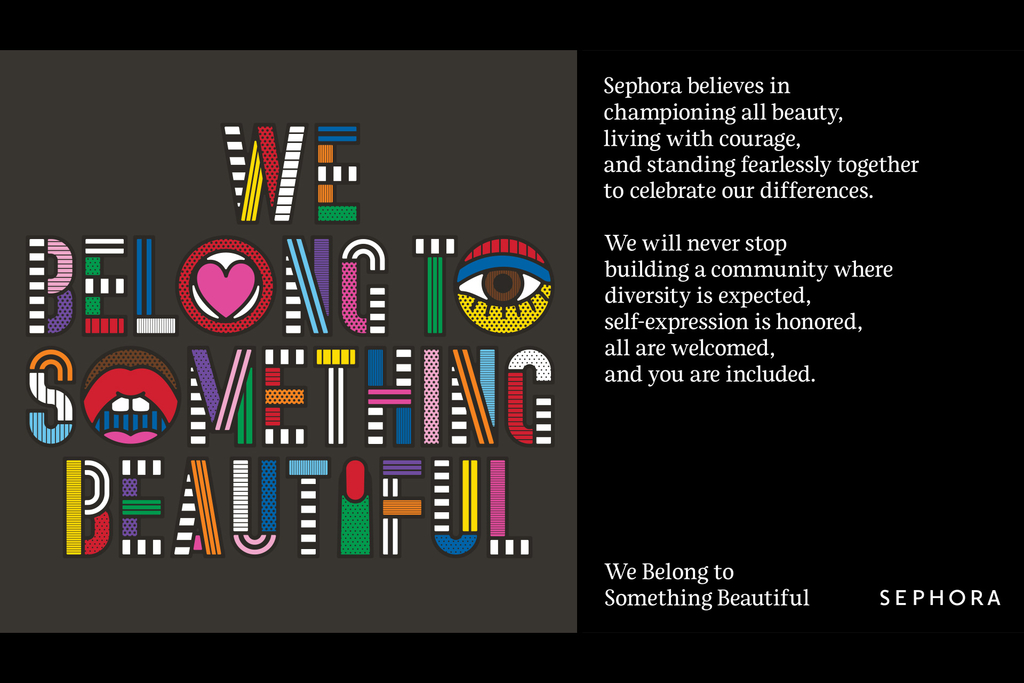 In the name of inclusivity, Sephora is taking the drastic step of closing more than 400 of its stores on the morning of June 5. The cosmetics giant will use the time to train its 16,000 U.S. employees about inclusivity and brand values.

The initiative is part of the LVMH-owned retailer’s new brand platform and tagline, “We Belong to Something Beautiful.”

“Sephora believes in championing all beauty, living with courage, and standing fearlessly together to celebrate our differences,” the chain’s new brand statement reads. “We will never stop building a community where diversity is expected, self-expression is honored, all are welcomed, and you are included.” The brand posted the message to Twitter on Thursday.

Join us in our commitment to a more inclusive beauty community. We Belong to Something Beautiful. https://t.co/bOPts8SjPu pic.twitter.com/4WfwBiEaME

The new manifesto was created internally; Sephora tapped illustrators including Craig + Karl for the colorful designs that accompany the statement.

This is the first time Sephora has closed its stores. The chain will include new stories focused on belonging and inclusion in beauty in its marketing throughout the summer and fall.

“Any time a brand makes a declaration of this nature, it invites critique whenever it does not live up to its own standards,” said Deborah Yeh, who in March was promoted to chief marketing officer at Sephora, in a statement. She noted that Sephora takes such criticism as a challenge and will be training its employees in workshops to ensure full understanding and commitment to the brand. Stores, corporate offices and distribution centers, will be closed for an hour in the morning of June 5. It’s a bold move for the retailer, which is entering peak wedding season, a high point for cosmetics purchases.

But as consumers become increasingly less tolerant of discrimination, many brands are trying to better educate their employees. Last year, following the arrest of two black men a Starbucks manager mistook for loiterers, the coffee chain closed its stores for an afternoon in May so that employees could receive racial-bias training.

Sephora has a history of attempting inclusivity—the retailer stocks brands including Rihanna’s Fenty, a pioneer of shades for every skin tone. The company has also included its own employees in marketing materials to showcase beauty diversity. At an Ad Age event late last year, Karalyn Smith, chief people officer at Sephora, spoke of the importance of being an “inclusive culture.”

“We all have a fundamental human need to just belong, right?” she said.