Serial Heads to Cannes in Search of Brand Partners

Following a Successful Debut, Podcast Hopes to Support Future Seasons With Ads
READ THIS NEXT
NFL Playbook: Tracking how brands are marketing around an uncertain season

Serial, the massively successful podcast, is heading to the Cannes Lions International Festival of Creativity in hopes of exploring new relationships with like-minded marketers. 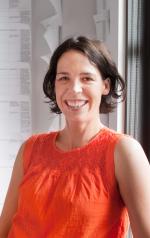 In its first season, the podcast investigated the 1999 murder of a Baltimore high school student, and won a cult following. It has been downloaded more than 86 million times and was the first podcast to win a Peabody Award. Now, as Serial preps for the highly anticipated season two -- and the seasons it expects to follow -- it is open for business.

The podcast is from the creators of This American Life and is a production of WBEZ Chicago. For that reason, many might assume it is bound by the same restrictions that govern public radio, but that's not the case. Serial depends on advertising -- not underwriting, as public radio does -- and listener donations.

"When we started Serial, it was a bit of an experiment, and we were doing it, largely, off the generosity of the This American Life budget. We weren't sure if we would get an audience," said Julie Snyder, Serial's executive producer and co-creator. "We had incredible success, which made us realize we could support ourselves. We are going to Cannes to meet with marketers and brands who would be interested in what we're doing … in the same mission of storytelling and journalism.

"I am wearing two hats," Ms. Snyder added. "I'm the executive producer of the show, but I'm also going out there and trying to fulfill the duties of trying to keep the podcast free, and to see if we can get some good relationships going."

Ms. Snyder said the team at Serial admires brands like Google, Tesla and Chipotle because they take a stand and have a strong point of view. "That's the kind of brand that might feel comfortable in our sphere as well," Ms. Snyder said. "Basically, what we're doing is trying to create a space where there is a combination of rigorous reporting, combined with creative storytelling that pushes boundaries and reflects life the way that it's really lived. So, we embrace ambiguity; we don't reduce people to caricatures; we try to tell stories with emotion and empathy. That's the space we're creating with Serial."

McKinney's Jonathan Cude, who will be joining the Serial team for a panel at Cannes, "Binge-Worthy Journalism: A Conversation with the Producers of Serial," said it's important that storytelling and reporting have the support of marketers. "There's nothing unusual about advertising and rigorous reporting going together," he said. "It boils down to smart thinking; smart marketers wanting to be where engaged, passionate, loyal listeners want to be."

And all indications are that those listeners are extremely engaged. Recently, in an effort to learn more about its fans, Serial sent out a survey to its email list, which has 137,000 subscribers. The survey, run by McKinney, garnered more than 5,600 completed responses in 90 minutes -- on a Friday night.

"That survey averaged one completed survey every second for every second it was live, which is pretty wild," Mr. Cude said. 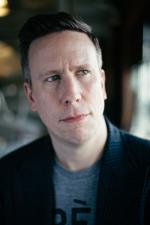 The results, which are not available yet, will certainly be of interest to potential brand partners. MailChimp, the podcast's first advertiser will be back for season two. Serial declined to name additional advertisers for season two.

Ms. Snyder and Mr. Cude, along with Serial's host and creator Sarah Koenig and producer Dana Chivvis, will take part in the June 26 panel in Cannes. Mr. Cude said it will explore how the team took an idea with "humble beginnings" and made something "really compelling and interesting."

Just don't expect any sneak peeks of season two. "We're still in the process of reporting," Ms. Snyder said. "Anything I would say would probably end up being wrong."