Shake Shack had received a PPP loan, while many smaller businesses have had trouble securing the emergency funding
READ THIS NEXT
Trending: Reebok’s plant-based shoe and Sizzler’s flame-out 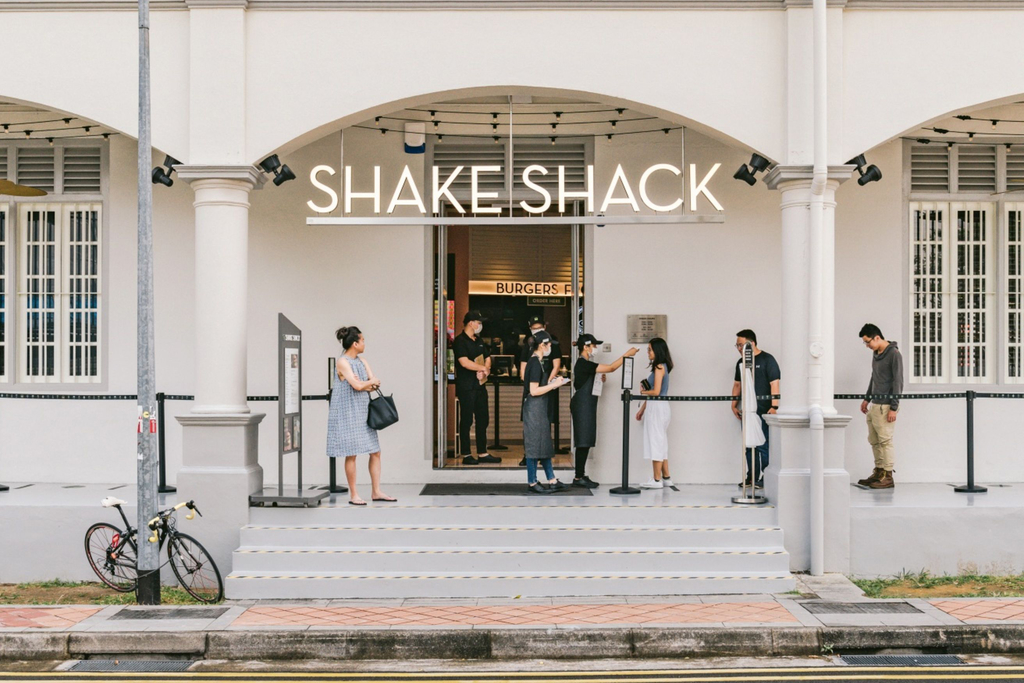 Same-store sales in the last week of March fell 83 percent at casual-dining chains, and 34 percent at fast-food restaurants, according to MillerPulse.

Shake Shack Inc. will return a $10 million loan from the U.S. government amid criticism that the publicly traded burger chain and other larger companies gobbled up the emergency funding while smaller businesses were frozen out.

More than a dozen publicly traded companies with revenue topping $100 million received funds before the program ran out of money, according to a Bloomberg review of regulatory filings. Lawmakers in Congress are said to be near an agreement to top up the loan program, while also providing new funds for hospitals and coronavirus testing.

“Shake Shack was fortunate last Friday to be able to access the additional capital we needed to ensure our long-term stability through an equity transaction in the public markets,” said CEO Randy Garutti and Danny Meyer, the founder and chairman of Shake Shack and CEO of Union Square Hospitality Group. The company said last week it sold $150 million of equity and filed Monday to offer as much as $136 million more to underwriters.

“We’re thankful for that and we’ve decided to immediately return the entire $10 million PPP loan we received last week so that those restaurants who need it most can get it now,” the pair said.

The sight of big companies getting aid while mom-and-pops complained they’d been frozen out of funding has sparked criticism of who was rescued by taxpayer dollars and who wasn’t.

Shake Shack, which employs nearly 8,000 workers, reported revenue of $594.5 million in 2019. Its sales have grown at least 28 percent every year since 2013. The company’s outlook has rapidly shifted, however, as the coronavirus has shuttered much of the U.S. economy. The burger chain warned last week that it’s in danger of breaching the terms of its borrowing agreement as it loses around $1.5 million per week.

Asked whether such large, publicly-traded companies should be eligible for PPP funds, President Donald Trump on Sunday spoke about the role of franchisees as small businesses.

“I don’t know much about any of those companies. But a lot of times they’re owned by franchisees, where they own one or two places,” Trump said at a White House press briefing. “So a lot of that would depend on what the formula is.”

Treasury Secretary Steven Mnuchin said in a Twitter posting that he was “glad to see” that Shake Shack will return the loan.

In a statement posted to Meyer’s LinkedIn page, and tweeted under his verified Twitter account, the pair said the U.S. program “came with no user manual and it was extremely confusing.” Shake Shack faced operating losses more than $1.5 million a week, while the clear language of the legislation allowed restaurant chains to apply for relief.

“Late last week, when it was announced that funding for the PPP had been exhausted, businesses across the country were understandably up in arms,” Garutti and Meyer said. “If this act were written for small businesses, how is it possible that so many independent restaurants whose employees needed just as much help were unable to receive funding? We now know that the first phase of the PPP was underfunded, and many who need it most, haven’t gotten any assistance.”

The U.S. Small Business Administration program, working with almost 5,000 lenders that disburse the loans, approved applications for $342.3 billion in just 13 days, with the rest of the $349 billion going for fees and processing.

An earlier statement from the SBA and the Treasury Department said that the “vast majority of these loans—74 percent of them—were for under $150,000, demonstrating the accessibility of this program to even the smallest of small businesses.” But an SBA report showed that about 2 percent of the firms approved for loans accounted for almost 30 percent of the funding.

The rapid depletion of the funding shows how businesses are scrambling to survive amid the economic shock of the viral outbreak that has infected millions and killed more than 160,000 around the world.

Restaurants are among the hardest-hit businesses in the pandemic, and the industry will face major hurdles in getting customers comfortable coming back. Same-store sales in the last week of March fell 83 percent at casual-dining chains, and 34 percent at fast-food restaurants, according to MillerPulse data. April’s declines may be even steeper.

“This pandemic, and the consequential shut-down of an entire industry that relies upon the gathering of people—at a moment when people cannot gather—had already shown that no restaurant is unsinkable,” Shake Shack’s Garutti and Meyer said.