The idea that women of all races should love their hair may seem non-controversial. Forget that.

Shea Moisture, a brand long marketed primarily to African-American women, got a social-media smackdown Monday afternoon that made it the top U.S. Twitter trend with nearly 33,000 tweets as of 5 p.m. Tweets objected to new advertising that reaches out to white women and equates the "hair hate" they face to what black women experience. By 6 p.m., the brand had pulled the ad.

Commenters saw the ad as an effort by Shea Moisture to move away from its core consumers toward white women, some of whom are depicted in the 60-second video as using Shea Moisture products. A tweet by Nana Jibril, who describes herself on LinkedIn as a freelance social-media expert and former social-media manager at her alma mater Old Dominion, appears to have started things. 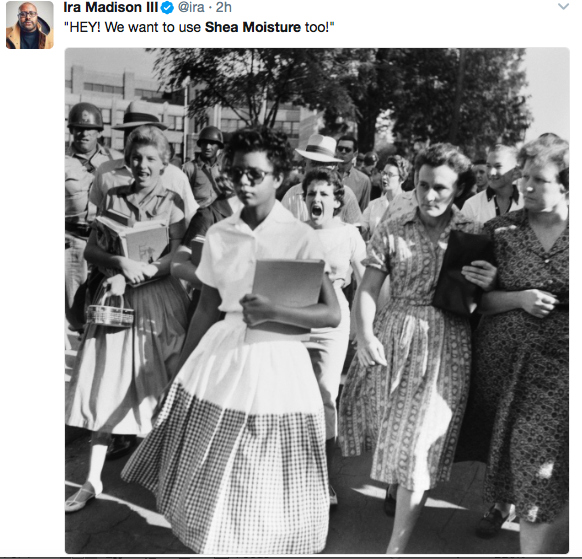 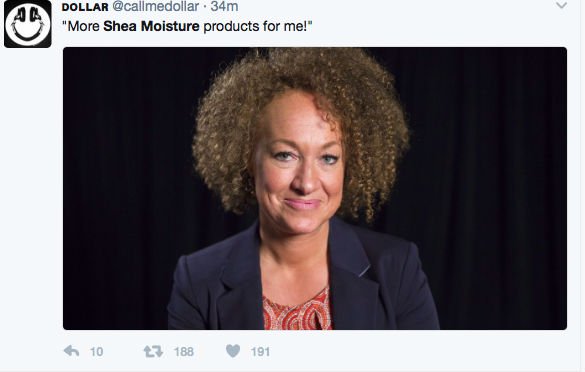 In another, Rachel Dolezal, the former Spokane, Wash., NAACP president who is white but said she "identifies as black," expressed an interest in the brand.

"At the core of it is that the African-American community has over time seen many brands that stood for them not stand for them," said Richelieu Dennis, founder and CEO of Sundial Brands, which markets the Shea Moisture and Nubian Heritage brands. "And they're very concerned that a brand that has meant so much to this community will no longer stand for them. The reality is that we'll always stand for them."

The ad from VaynerMedia is part of a campaign that features a diverse group of 40 women, focusing on "the different challenges in society around hair and beauty," Dennis said. "Knowing the ethos of the brand and where it started, we know better, and we should make sure our core African-American consumer always feels represented in everything we do, because we are not moving away from her."

The ad, since pulled, was part of a broader campaign created by a collaboration of in-house and outside agencies.

Haircare brands that appeal to predominantly white women -- such as Unilever's Dove and Procter & Gamble Co.'s Pantene -- have reached out to African-American women and other ethnic groups without major recriminations. Dove did so with ads and products focused on curly hair, without making them overtly about any particular ethnic group. Pantene in March launched a campaign aimed at combatting bias against African-American hairstyles.