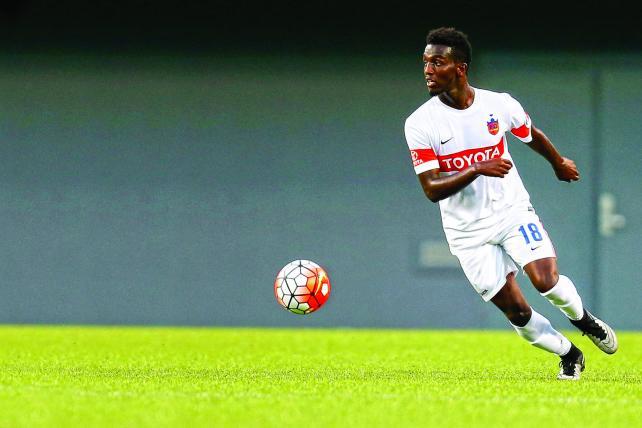 As the proprietor of Daisy Mae's produce market in Cincinnati, Barry Cooper has a pretty good read on what excites the locals. And lately, his tomatoes, corn and apples have been competing for attention with another hot-seller—souvenirs for the city's minor league soccer team, FC Cincinnati, which Mr. Cooper began selling after the club began playing last year.

"I sell a lot of kids shirts," he said. "You'll see people around town wearing them, even when there's not a game." Soccer in Cincinnati was "just ripe for the pickings," he said, putting it in produce terms.

Soccer isn't just shedding its second-tier sports status in Cincinnati, where the club drew an average 17,296 attendees per game in its inaugural season, it is breaking into the mainstream across the U.S., propelled by a new generation of young, multicultural sports fans who are giving brands a reason to take a fresh look at pouring ad and sponsorship money into the game. "This is the sport of the youth—it's fast-paced, it's energetic," said Heidi Pellerano, exec VP for brands at Wasserman, a sports and entertainment marketing and talent representation agency.

Major League Soccer—which has long operated in the shadow of the Big Four pro leagues in baseball, soccer, football and hockey—is making a strong case that there is room for a fifth major sport. The MLS broke an attendance record last year, luring 7.4 million people and an average of 21,692 attendees per game, which is up 40% from 10 years ago, according to MLS.

Sponsorship spending on MLS, U.S. Soccer and other North American soccer leagues, teams and events grew 9.2% last year to $333 million, according to sponsorship consultancy IEG. That still trails the Big Four (the NFL drew the most at $1.25 billion), but MLS keeps notching significant brand wins. That includes Target, which in January signed on as an MLS sponsor making what it called its "largest-ever push into team sports" that included a jersey sponsorship deal with the Minnesota United MLS team.

Target didn't have to look far to gauge soccer's potential. Sales of soccer gear grew 10% at Target stores in 2016, faster than any other sporting goods category, said William White, Target marketing VP. "We sold 1 million soccer balls in 2016 alone," he said. "It's not like Target chose soccer. Our guests chose soccer."

Soccer also falls well short of the Big Four on TV. For regular season games in 2016, MLS averaged 277,000 viewers on ESPN, Fox Sports and Univision, according to Nielsen. The NFL averaged 16.46 million viewers per game for its most recent completed regular season, while the NBA got nearly 1.26 million and MLB had 505,000, according to Nielsen. "Our ratings are still relatively small, but we have had double-digit increases in each of the last three years," said Gary Stevenson, the MLS's president and managing director of business ventures. He noted other metrics, including a 95% jump last year in MLS social media followers and a 21% increase in sales of MLS licensed products.

Audi, which became an MLS sponsor in 2015, remains bullish on the sport's TV future. Loren Angelo, VP-marketing for Audi of America, pointed to the deal MLS in 2014 reached with ESPN, Fox Sports and Univision to televise matches through 2022 that broadened the sport's reach. "You have a fan base that can now follow the sport," Mr. Angelo said. "They don't have to get up at 4 o'clock in the morning to watch a game in Europe. They can actually follow their hometown teams." Last month, MLS announced a deal in which Facebook will livestream in English at least 22 matches that are shown on TV on Univision in Spanish.

Coca-Cola Co., which has sponsored the FIFA World Cup since 1978, signed on as an MLS sponsor in 2015 as a way to "get in on something that is only going to continue to grow," said Bob Cramer, the company's group director for sports marketing.

Heineken, which inked a five-year deal with MLS in 2015 for a reported $50 million, is using the tagline "Soccer is here" in its marketing to play off the import status of both the game and the brew. Said Heineken USA Chief Marketing Officer Nuno Teles: "Heineken was not born here. Soccer was not born here. But the U.S. consumer is embracing both."