The discount airlines pioneer was 87 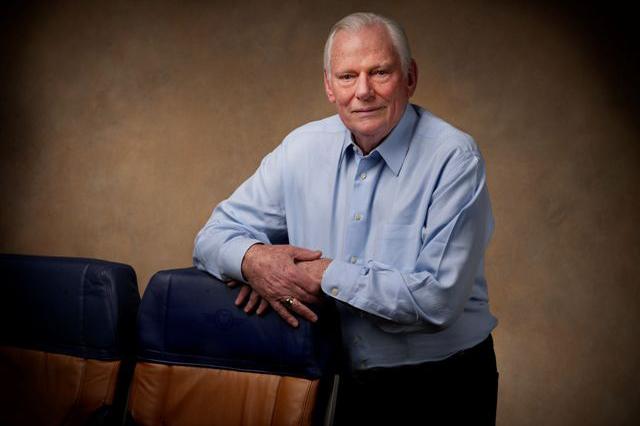 Herb Kelleher, the lawyer with a Texas swagger who built Southwest Airlines Co. into the biggest discount carrier and set the standard for budget air travel for more than three decades, died Thursday. He was 87.

Kelleher's persona as a chain-smoking devotee of Wild Turkey whiskey fit Southwest's creation story: He and Texas businessman Rollin King used a cocktail napkin in 1966 to sketch a plan for flights in a triangle of Houston, Dallas and San Antonio. Their formula of short, frequent, no-frills trips spawned dozens of imitators, made Southwest the largest U.S. carrier by domestic traffic, and led to an annual profit streak dating to 1973.

"His stamp on the airline industry cannot be overstated," Southwest Chief Executive Officer Gary Kelly said in a statement confirming the death. "His vision for making air travel affordable for all revolutionized the industry, and you can still see that transformation taking place today."

Southwest declined to release further details, said spokeswoman Beth Harbin. The airline is working with Kelleher's family and is in the early stages of planning a service, she said Friday.

Kelleher retired as CEO of Dallas-based Southwest in 2001 and stepped down as chairman in 2008, retaining the title of chairman emeritus.

He influenced a generation of chief executives at airlines around the globe who were inspired by his focus on customer service and making travel available to more people. American Airlines CEO Doug Parker and JetBlue Airways Corp. founder David Neeleman cite Kelleher as a mentor. "His style presents the ultimate case study for airlines or any service company whereby if you take care of your people, they will take care of your customers, which will take care of your shareholders," Parker said in a statement.

Ryanair Holdings Plc CEO Michael O'Leary said his discount carrier wouldn't exist without Kelleher. "Herb was the Grand Master Yoda of the low fare airlines," O'Leary said in a statement. "He was the leader, the visionary and the teacher."

Along with Colleen Barrett, Kelleher's onetime secretary and later president of the company, the executive infused Southwest with a culture that encouraged fun and what he called a "maverick spirit." As Southwest flouted convention by putting some 1970s flight attendants in hot pants and go-go boots, so did Kelleher, appearing at corporate events with his trademark bourbon and Merit cigarettes.

"We've always operated on the thesis that a company can have a personality, that people can be themselves, and be very successful in business at the same time," Kelleher said in a 2001 interview with Charlie Rose.

Herb was an ad man

Kelleher was heavily involved in Southwest's marketing and often appeared in ads. He was inducted into the Advertising Hall of Fame in 2011, where he shared the stage with Roy Spence, the co-founder of GSD&M, whose ad campaigns helped the airline grow from a small, regional carrier to a national airline. The shop, which remains Southwest's AOR, paid tribute to Kelleher today in a tweet.

Kelleher was known to hold monthly advertising meetings that included top executives, not just marketing people. Southwest's marketing people "are more the center of attention than they might be in other companies," he said in a 2011 interview with then-Ad Age Editor in Chief Rance Crain. In the interview, Kelleher advocated for CEOs to take an active role in shaping ad strategies.

"I think the CEO's regular participation is helpful for a number of reasons," he said. "First of all, in terms of the congruency of the message to the outside world. Secondly, from the standpoint of saying to your employees what you want them to understand and believe in because they see and hear the ads as well, and you want to make sure that it's not inconsistent with your treatment of them. And thirdly, lots of times the CEO can authorize something that may start out as a joke or a lark."

Below, a look at some vintage Southwest ads.