Orangetheory Fitness, which has about 570 locations worldwide and is expected to reach 900 by the year's end, has launched its first TV spots as a way to bring the lifestyle brand to the masses.

The company has previously relied on hyper, local-targeting through programmatic, social and mobile, and while it will continue to focus most of its effort and budget in digital, TV is a way to "take the brand to the masses," said Dooley Tombras, executive VP of Orangetheory's creative and media agency, The Tombras Group. Social media and mobile remain key, however, because of the brand's ardent online fan base, he said.

Orangetheory is spending more than $5 million on media for the "Keep Burning" campaign between corporate and franchisees. Between the end of December and this coming February, Orangetheory National Director of Marketing Scott Breault said the overall spend will be about $750,000. 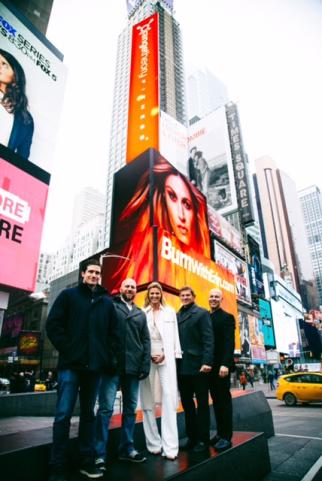 The TV spots will air throughout the month of January on cable networks, like E! and Bravo, in Orangethory's biggest markets, including Miami/Ft. Lauderdale, Atlanta, Denver and Chicago. Orangetheory's new brand ambassador Erin Andrews is not featured in the commercials because timing did not work out with her prior commitments, said Mr. Breault.

He added that the sportscaster and TV personality, who appeared on ABC's "Good Morning America" today on behalf of Orangethory, is going to be featured in "a tremendous amount of digital" in the first two quarters of the year, in addition to print. She is also a "passionate Orangetheory member and posts about her experiences at the studios on her social media channels, which is not part of the brand's contract with her, said Mr. Breault.

In addition to a "Burn with Erin" microsite, Orangetheory plans to reveal the next evolution of its Keep Burning campaign with a digital push in a few weeks called "There is No After." The mantra shifts the concept of before and after fitness photos, telling people that "after" doesn't mean done and they're "a continual work of improvement," said Mr. Breault. One part of the social media initiative will involve asking fans to burn their before and after photos.

Mr. Tombras added that the agency will work closely with Orangethory going forward to use data and analytics to improve specific ads in the marketplace and optimize or remove underperforming creative. The agency currently has hundreds of ad variations for the campaign, he said, and the goal is to deliver higher ROI ad increase lead volume without increasing the brand's media budget.