Jeff Hallock, CMO Since January, Will Leave by the First Quarter of 2015
READ THIS NEXT
Last chance to RSVP: Ad Age Next CMO is on Tuesday 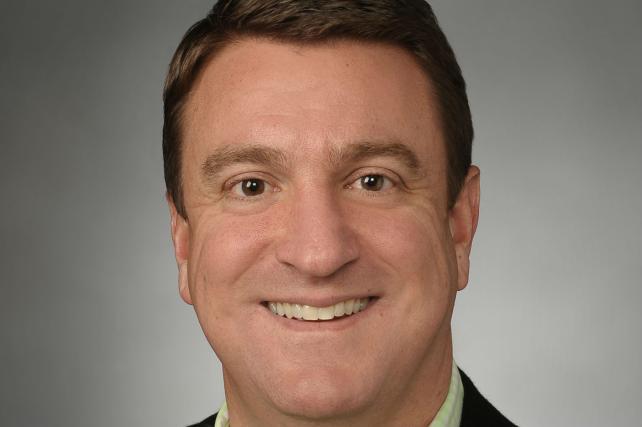 Jeff Hallock, the CMO of wireless carrier Sprint, will depart by the end of the first quarter of 2015, the company confirmed on Friday. His planned exit comes amid a major agency review and corporate overhaul under CEO Marcelo Claure, who joined the struggling carrier in August.

Mr. Hallock, a fifteen-year Sprint marketing veteran, was promoted to CMO in January following the resignation of Bill Malloy. He will stay on in the role through March 31, 2015, unless the carrier finds a replacement sooner.

"His departure was voluntary and it was based on a personal decision," said Dave Mellin, a Sprint spokesman. "He will remain in charge of day to day operations until his replacement is found, which we expect to happen by sometime next year."

In March, Mr. Hallock initiated a sweeping marketing campaign around the carrier's "Framily Plan" with Figliulo & Partners, its lead creative agency since November 2013. Shortly after his appointment as CEO, Mr. Claure ditched the "Framily" offering in lieu of a new data plan. On Sept. 2, Mr. Claure launched an agency review.

The "Framily" ad campaign, a serial format centered on oddball characters, received a lukewarm reception from industry creatives, and Mr. Hallock repeatedly defended the campaign as it ran. Mr. Mellin said his departure was not related to the campaign.

A memo late Monday evening and attributed to Mr. Claure described Mr. Hallock's departure, according to one executive who received the note.

"I want to thank Jeff for all his contributions throughout his Sprint career," the memo read, the executive said. "He has been a fixture in Sprint marketing and I appreciate all he's done for the company. A global search is under way to find a replacement, but Jeff will be fully engaged and manage the marketing organization until someone else is hired."

Mr. Claure's search for a chief marketer will now be added to his ongoing hunt for agencies.

Sprint sent creative agencies a request for proposals on Aug. 29 through Mercer Island Consulting, according to executives familiar with the matter. Finalists in the pitch were Interpublic's Deutsch L.A. and Havas' Arnold Worldwide. Arnold was eliminated this week but Deutsch has yet to be declared the winner. While people close to the review have noted Mr. Claure's desire to work with a larger agency, they have also said Figliulo & Partners remains involved and is likely to continue working with Sprint after a new creative lead is chosen.

Mr. Mellin declined to comment on the agency review.

In 2013, Sprint spent $1.56 billion in U.S. advertising, according to the Ad Age DataCenter. Sprint currently commands 15% of the U.S. wireless market, trailing larger spenders such as Verizon, with 33%, and AT&T, with 28%, according to ComScore. Sprint is also confronting a credible challenge from T-Mobile, which added 2.3 million customers during the third quarter.

Sprint has shed customers recently amid a costly network upgrade -- it lost 500,000 subscribers in its most recent quarter, when it reported a loss of $192 million. The carrier also announced it had moved to lay off 2,000 from its workforce.

On the earnings calls, Mr. Claure told investors to expect Sprint to be "very aggressive" in its advertising moving forward.