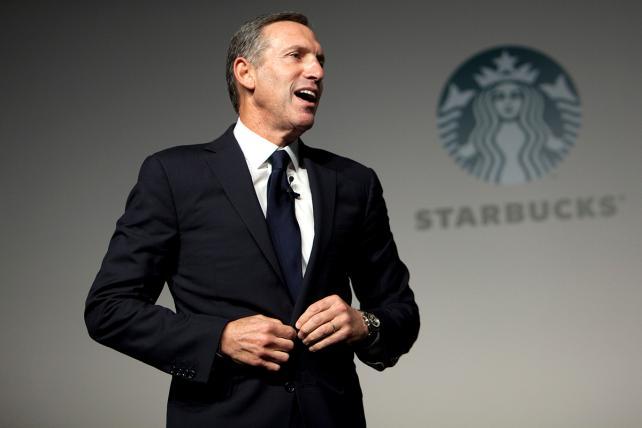 Howard Schultz speaks during a media event in Beijing in 2012, when he was chairman and CEO of Starbucks Corp.
Credit: Nelson Ching/Bloomberg

Schultz, 64, who grew Starbucks from 11 stores to more than 28,000 stores in 77 countries during his time at the helm, will become chairman emeritus on June 26, the company said in a statement.

His departure comes as Starbucks struggles to continue growing sales in its home market. CEO Kevin Johnson has pointed to a weak afternoon business for hurting the company's results so far this year. The coffee chain also recently faced backlash after two black men were arrested at one of its Philadelphia cafes while waiting for a meeting to start. The chain closed about 8,000 company-owned stores for an afternoon of anti-bias training last week, a decision that some shareholders questioned for the expense.

His exit will likely fuel speculation he could be gearing up for a presidential bid. In a letter to employees announcing his exit, he said that he is "thinking about a range of options for myself, from philanthropy to public service, but I'm a long way from knowing what the future holds."