Amid Increased Competition, the Insurer May Abandon Its Current 'Get to a Better State' Campaign
READ THIS NEXT
NFL Playbook: Tracking how brands are marketing around an uncertain season 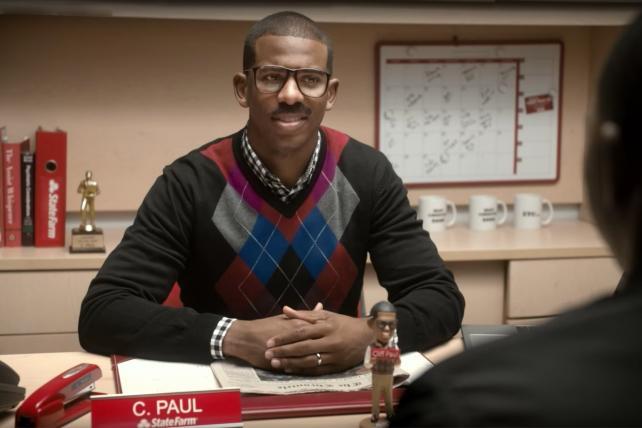 State Farm is looking to refresh its brand.
Credit: StateFarm

State Farm is hitting refresh. The nation's largest auto insurer recently asked agencies for repositioning ideas, according to people familiar with the matter. While the Bloomington, Ill.-based company routinely holds jumpball pitches, asking its incumbent agencies for creative ideas each spring, the company is looking to replace its current "Get to a Better State" campaign.

By highlighting its agent-sold model through spots like this year's disappearing agents series, State Farm has been able to emphasize what's unique about its brand as it faces rising competition from the likes of Geico and Progressive, which tout more budget-friendly, online operations. Yet some fresh creative might reenergize the brand, said one marketing expert -- at a time when auto insurance rates are expected to increase 3% in the U.S. this year alone.

"I'd be surprised if they're walking away from the 'good neighbor' tagline -- that agent system is their business model and how they operate," said Kevin Keller, a marketing professor at Dartmouth College's Tuck School of Business. "But they may want to rethink how they want to express that." He noted that State Farm needs to ensure it remains relevant among the country's growing population of younger, more digital-minded consumers.

"We consistently work with multiple agencies to maintain a relevant brand in the marketplace," said a State Farm spokeswoman in response to an inquiry about the review.

In September, veteran employee Michael Tipsford took over the 93-year-old brand as CEO, following the retirement of Edward Rust Jr., who had helmed the company for three decades.

Though State Farm has long led the industry by market share, it still faces stiff competition in an ever-evolving space. Allstate, in particular, has delivered strong and successful marketing through its use of Dennis Haysbert as spokesman, Mr. Keller noted. Yet the company has also injected fresh creative through its "Mayhem" series with Dean Winters.

Whatever happens with State Farm's current jumpball, the agencies that don't win the positioning shootout won't be kicked off the roster, according to people familiar with the company. Instead, they will later this spring be asked to pitch ideas to execute the new positioning, should the company choose a new brand idea.

Agencies on the roster include DDB Chicago, which handles general market advertising, Translation, which handles advertising geared toward younger audiences, and FCB, which handles below-the-line marketing. DDB and FCB have long been on the roster. In 2011, DDB won creative duties back from FCB. Since then, the company has been using "Get to a Better State," which was created by DDB.

In recent campaigns, State Farm has tried to market its services beyond insurance with spots about people getting married and having children. In May, the insurer debuted a commercial reviving Dan Aykroyd and Jane Curtin as Coneheads.