Most aspects of Target's upcoming holiday campaign were buttoned up months ago. But a New York shopping trip last month, which included top execs, as well as newly-minted CEO Brian Cornell, added one more element to the retailer's plan.

Target is partnering with Story, an editorially-driven retailer which reinvents itself every four to eight weeks with new merchandise and a fresh store design. While the execs were all familiar with the concept, located in Chelsea just six blocks from its new Manhattan outpost, a holiday collaboration hadn't been on the radar. But pushing for a collaboration this year, instead of a year from now, proved a challenge that the executive team, eager to push boundaries in the midst of a brand revitalization, couldn't resist. 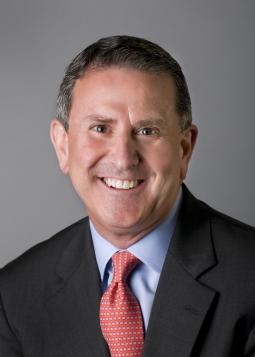 "We respect her innovation and the approach she's taking," Mr. Cornell said of Story founder Rachel Shechtman, during a briefing at Target's Manhattan studio. "We thought this was a great step forward -- to move quickly, be agile and get involved with someone who is very innovative."

It demonstrates the pace at which we can work and the agility in the system, if we have something we make a priority," Mr. Cornell added. "It allows the Target guest to experience Target here in Chelsea … during a very important time of the year."

Mr. Cornell, who came on board in August, said he's sending a message internally that it's important to have a sense of urgency as priorities are set. "We're in an industry of fast followers. What's new today is being copied by everyone tomorrow," he said. "We have to continue to make sure we set the pace and continue to innovate."

Those same ideas are evident in Target's broader holiday marketing campaign, which will use music, along with its canine mascot, Bullseye, to ensure its advertising stands out from the rest of the pack.

The retailer will thread together its holiday advertising with different versions of the same song, "A Marshmallow World." The song is performed by Karen O of the Yeah Yeah Yeahs. Bullseye will also crop up in TV advertising in a bigger way than she has in years past. At 650 stores, a likeness of Bullseye will be on display and shoppers will be encouraged to take selfies. 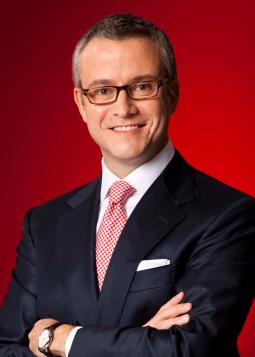 "In the last few years, we drifted too far away from some of those elements that make Target, Target," said Jeff Jones, Target's CMO. "This is a brand whose advertising is constantly copied. A self criticism, if I look back at the last couple of seasons, we've done work that was easy for others to do. … This work takes advantage of assets that no one else can."

In total, it is rolling out 15 spots, beginning Nov. 2. The spots range from a 60-second anthem to 15-second ads promoting a specific product, like Beats headphones. 72andSunny worked on the holiday campaign.

In addition to TV, the campaign includes radio, out-of-home, catalogs and digital. There will be a large digital push, with spending in digital media up 50%. Mr. Jones said spending would be up across digital video, search, display, mobile and social. Spending is also up overall, though the retailer declined to provide specifics. During the November and December period a year ago, Target spent $167 million on measured media, according to Kantar Media.

A year ago, Mr. Jones said, hashtags were used throughout its campaign to attract attention and followers. This year, the retailer will focus on engaging its 140 million fans and followers across various platforms. For instance, it will continue to make Instagram shoppable, as it did for a Halloween campaign.

Target also plans to promote an app that allows kids to make wish lists and parents to shop from those lists. The holiday catalog will be interactive, allowing consumers to point their device at a page and immediately add that item to their cart. To ensure downloads, Target plans to offer a one-time 10% discount off of shoppers' entire wish list between Oct. 28 and Nov. 26. Likewise, its existing app, Cartwheel, which already boasts 11 million users, will offer a different toy at 50% off every day between Nov. 2 and Dec. 24.

As the holiday season approaches, so too does the one-year anniversary of Target's massive data breach. There are no plans to actively address the breach, with Messrs. Cornell and Jones noting that surveys show customers have moved on.

Internally, the answer is different. "We are looking at this every day, 24 hours a day, making sure we have the right detection, monitoring, containment and response plans," Mr. Cornell said.