TV Ads to Promote Thanksgiving, Cyber Monday for the First Time
READ THIS NEXT
‘SNL’ is back and brands attend ‘TikTok World 2021’: The Week Ahead

Target is preparing to kick off its "most digitally enabled campaign in history" -- but not too early.

A year ago the retailer caught flack from consumers for launching its first holiday spot in mid-October. That ad, which focused on its Red Card branded credit card, featured an upbeat tune with the chorus, "Are You Ready?"

"We learned last year we just went too soon," said Jeff Jones, chief marketing officer at Target. "Even though it wasn't an overt commercial about Christmas products, people interpreted it that way."

This season, Mr. Jones said Target won't launch its anthem holiday ad until the first week of November. Early ads will also focus on Thanksgiving to a degree the retailer has not in the past. One TV spot shows a group of friends gathering around a turkey dinner, while another will promote the price per pound of turkey -- a first for the retailer.

"We have never said Thanksgiving has a place at Target. It's a big event, and we think we have a great value proposition when you think about being a one-stop shop [for] food, home and decorating," Mr. Jones explained.

Cyber Monday, which has become an increasingly important shopping day for retailers and consumers, will also be a focus for Target this season. Mr. Jones said there will be dedicated TV advertising driving consumers to Target.com for the first time, where they'll find 15 new deals every day for two weeks. 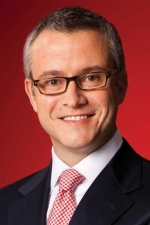 All of the advertising from Thanksgiving through Christmas will be organized under the theme "My Kind of Holiday," inspired by conversations on Twitter. Ads carry the hashtag, #MyKindOfHoliday. Having a single campaign is a departure for the retailer, which has typically relied on multiple campaigns, one for branding and one for promoting. This year, nearly all of the retailer's ads will be a hybrid, including specific deal and price-point messaging. 72andSunny handled the holiday campaign.

The overall budget for the campaign is similar to a year ago, though Mr. Jones pointed out Target is shifting substantial portions of its budget to mobile, social, email and display. He said the strategy enables Target to be more personal, relevant and timely with the deals it is promoting. Facebook, Pinterest and Twitter will be key platforms, he added.

"With mobile advertising, we still don't love our choices. Think about trying to transition from browser display to mobile display, it doesn't work," Mr. Jones said. "We think Facebook is one of the better places [to advertise]. The experience is great and our messages are embedded in the newsfeed. We'll have more direct, targeted messages on Facebook platform on mobile."

When it comes to Pinterest, Target has plans to reference the site in its catalogs, as well as highlight top pinned items in store and online. The retailer has also partnered with event planner David Stark to offer consumers a Pinterest party planning resource dubbed "Best.Party.Ever."