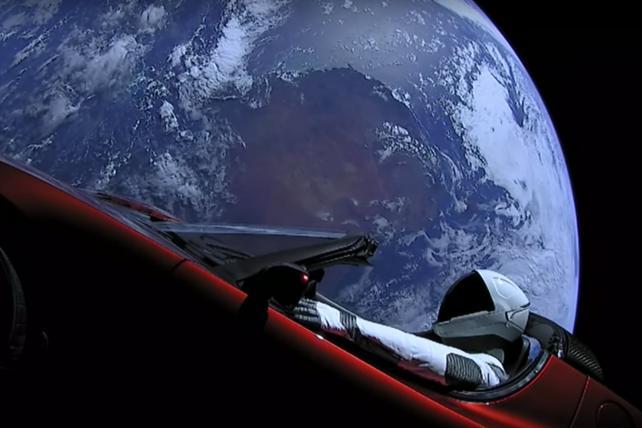 Elon Musk's Tesla Inc. surpassed General Motors Co. to become America's most valuable carmaker, eclipsing a company whose well-being was once viewed as interdependent with the nation's.

Tesla climbed as much as 3.7% in early Monday trading, boosting its market capitalization to $51 billion. The company was valued at about $1.7 billion more than GM as of 9:35 a.m. in New York and the two have jostled for the lead spot in subsequent trading.

The turnabout shows the extent to which investors have bought into Elon Musk's vision that electric vehicles will eventually rule the road. While GM has beat Tesla to market with a plug-in Chevrolet Bolt with a price and range similar to what Mr. Musk has promised for his Model 3 sedan coming later this year, the more than century-old company has failed to match the enthusiasm drummed up by its much smaller and rarely profitable U.S. peer.

"Tesla engenders optimism, freedom, defiance, and a host of other emotions that, in our view, other companies cannot replicate," said Alexander Potter, an analyst at Piper Jaffray Cos., who upgraded the stock Monday after owning a Tesla for seven months and meeting with management. "As they scramble to catch up, we think Tesla's competitors only make themselves appear more desperate."

Tesla usurped GM a week after conquering Ford Motor Co. and spurring debate over the relative value of Mr. Musk's company compared with some of the world's top-selling automakers. GM expects to earn more than $9 billion this year and analysts predict Ford will generate adjusted profit of about $6.3 billion. On that basis, Tesla is expected to lose more than $950 million.

Assuming Tesla closes at a higher valuation than GM, it will rank as the sixth-highest valued carmaker by market cap, behind Toyota Motor Corp., Daimler AG, Volkswagen AG, BMW AG and Honda Motor Co. While Tesla has a long way to go to match Toyota's $172 billion market cap, Honda is barely ahead at about $52 billion.

"The market cares more about the potential new market value of the other businesses Tesla is in than about real profits and cash flow," said David Whiston, an analyst at Morningstar Inc. "Right now there is nothing to slow Tesla's momentum. They could pass Honda, too."

Tesla has long been treated like a technology stock with investors betting on its ability to dominate a market for electric cars and energy storage. To those same investors, GM and Ford are headed for a slowdown in car sales that will erode profits.

"Is it fair? No, it isn't fair," Maryann Keller, an auto-industry consultant in Stamford, Conn., said of GM ceding the market-cap crown. "Even if Tesla turns a profit, they will eventually have to make enough to justify this valuation."

Tesla delivered fewer than 80,000 vehicles globally last year to GM's more than 10 million. Musk's more-affordable Model 3 sedan, scheduled to roll out later this year, will be critical to his ambitions for Tesla to transform from niche carmaker into a mass-market manufacturer.

The Model 3 is expected to sell for about $35,000 and boast at least 215 miles of battery range per charge, marks GM achieved with the Bolt that began selling in California earlier this year.

"Tesla's products have a captivating impact on consumers and shareholders alike; this advantage will be difficult to replicate," Mr. Potter, the Piper Jaffray analyst, wrote in a report Monday. "Even if the Model 3 production launch goes badly, we think customers (and more importantly shareholders) will withhold judgment."