These brands missed the mark this Pride

Some pushed out work that no one should be proud of
READ THIS NEXT
Matthew McConaughey, eyes shut, meditates for Lincoln to plug deal with mental fitness app 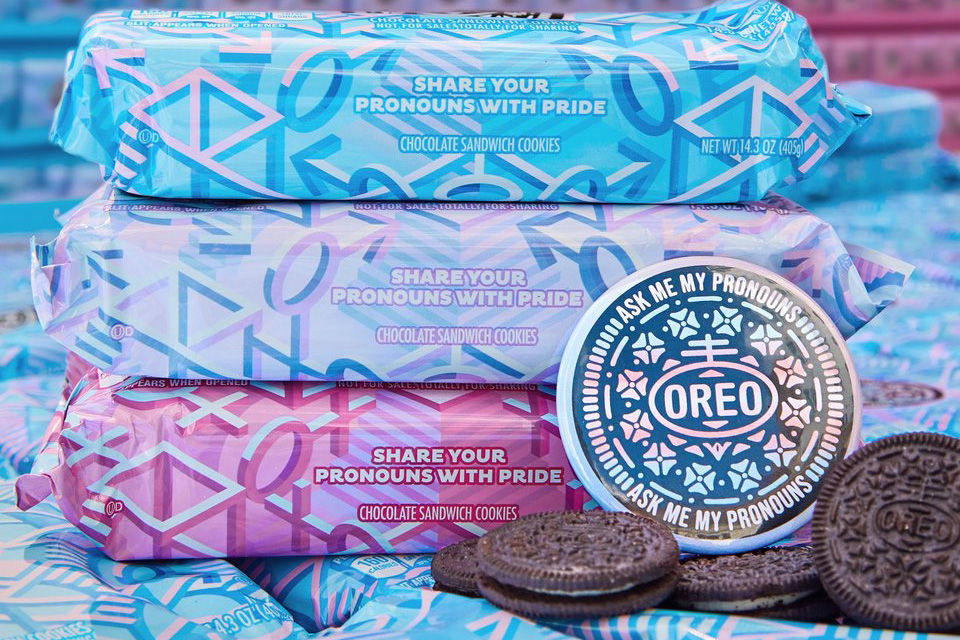 Brands are participating in Pride more than ever, but there’s a fine line between showing support and commodifying a cultural movement, or at least appearing to do so. With this year’s WorldPride being billed as the world’s largest Pride celebration and millions of people attending the event in New York, which itself will be celebrating the 50th anniversary of the Stonewall riots, marketers are on the offensive. In some cases, literally.

Every June, it can seem like every brand flies their rainbow flags only to put them away for the rest of the year. We’ve compiled the branding, ads and messages that either missed the mark or just felt off this year, with a couple strong standouts from Pride ghosts of years past. Customers are getting woke to woke-washing, and these brands failed to come to the table in a way that felt authentic:

Kohl's product photography fail
Kohl’s is selling Pride merchandise online but began doing so without using same-sex couples in their product images, as @ManVsPink points out on Twitter. Since the tweet was posted, the product page has been updated with two images featuring a same-sex couple, and a note on the page points out that Kohl’s is donating $100,000 to The Trevor Project focused on suicide prevention in the LGBTQ+ community.

What a tone deaf way for a business to "support" (cash in on) #Pride - here's @Kohls selling Pride themed apparel, without using any same-sex couples in their product photos 🤦‍♂️https://t.co/osiosCMEk6 pic.twitter.com/IlUS9GYMEJ

CW's social slipup
The CW received backlash online for what critics described as simply slapping a rainbow on a chart of popular CW characters, which featured straight CW characters, while leaving out a slew of their LGBTQ+ counterparts. Fans of the CW show “The 100,” are especially perplexed about the exclusion of lead character Clarke Griffin who, as CW screenwriter Jason Rothenberg confirmed, is bisexual. The show won praise from critics after that revelation was revealed online, prompting some to call the character CW’s first bisexual lead.

(sure I'm missing a bunch because THERE IS NO SHORTAGE OF LGBTQ CHARACTERS ON @TheCW and yet this poster would suggest otherwise...) pic.twitter.com/FcIFxh5iCX

The Phillies' Pride foul
On June 26, the Phillies held a Pride Night presented by Giant Food Stores in Philadelphia. At the ballgame, the Phillies gave away rainbow flags and collected food and donations for an LGBTQ+ charity. Still, fans couldn't help but notice that Chick-fil-A ads lined the billboards. Criticism was swift online. Chick-fil-A has faced persistent criticism from the community ever since CEO Dan Cathy said he backed anti-same-sex marriage initiatives in 2012.

y’all can make the Liberty Bell outlines in rainbow and toss up “Pride Night” signs all over the screens but when it’s under a Chick-Fil-A ad, it shows that truly the @Phillies haven’t changed a damn a thing. what an unsurprising disappointment pic.twitter.com/cIGbk1ZXM9

Another tone deaf tweet. It’s offensive that you’re co-opting Pride to sell your merchandise when you should be focusing on #ImpeachmentHearings. Extremely disappointing.

Budweiser's flag fiasco
Some brands must feel damned if they do, damned if they don't. Budweiser was a sponsor of Pride London this year. On Twitter, the brand shared shot glasses in the colors of all LGBTQ+ flags, and explaining what the colors of each flag means. The majority of comments are negative, with people believing the brand was trying too hard to fit into the narrative with its history of running ads reinforcing gender norms.

Chipotle's Pride shirt sinks
Chipotle is selling a “Homo Estas?” shirt online for $20 and promoting it on social. The messaging of the shirt, asking if “are you gay?” isn’t landing well with all consumers. The company has sold the shirt for the past three years, even though this is the first year Chipotle is giving $10.50 from each shirt to the Trevor Project. Twitter user @LindsayBiggAr calls it "unbelievable." 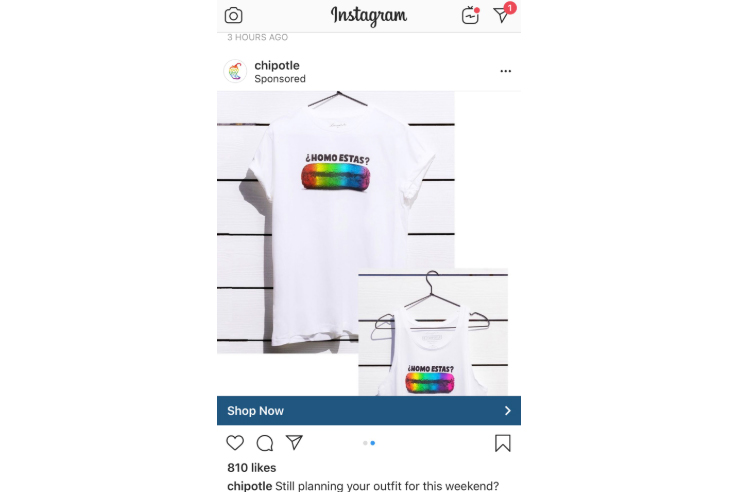 Herbal Essence's flower flop
People were ... confused by this Herbal Essences ad on Instagram that referenced a bisexual flower.

this pride, @herbalessences wants you to know that this bi flower threw the first brick at Stonewall, has been fighting for your rights since before you were born !!!!! pic.twitter.com/878bief7Rn

Oh no, Oreo
On Pride Sunday, Oreo posted a tweet promoting what it called its “special edition Pronoun Packs.” As clear in the comments, the move did not go over well. One tweeter wrote, “Thanks for pandering. Time to find a new cookie brand.” Another person tweeted: “I don’t know how LGBT peeps wouldn’t be offended by this lazy pandering.”

We’re proud to celebrate inclusivity for all gender identities and expressions. In partnership with NCTE, we’re giving away special edition Pronoun Packs and encouraging everybody to share their pronouns with #Pride today and every day. pic.twitter.com/z91M2ubQ3k

London Pride posters fall flat
A blast from the past: London Pride’s 2017 campaign's colorful posters were slammed for purportedly making the event more about straight people than the LGBTQ+ community, and for excluding trans people altogether. Commentators noted that about half of the event’s posters referenced straight people. 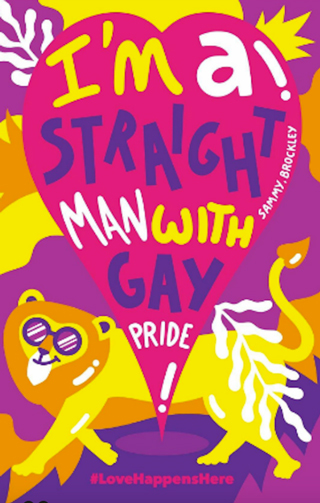 Skittles' whitewashing mess
In 2016 and '17 Skittles removed the rainbow from its packaging in an attempt to show “there is only one rainbow”—presumably in deference to Pride. Sorry, Skittles. The company saw strong backlash with critics questioning “why should whiteness mean equality.”

This is soooo fucking stupid.
Why should whiteness mean equality?!
Thats the fucking problem!
We will never have nor want whiteness!! pic.twitter.com/zatBSbSNDA

Editor’s Note: Chevy reached out to Ad Age, noting that the Chevy Volt ad included in a previous version of this story is originally from 2012, so it has been removed from this post.