What his potentially career-ending injury means for brands and broadcasters
READ THIS NEXT
The Week Ahead: Delta reports earnings and ANA hosts data and analytics conference 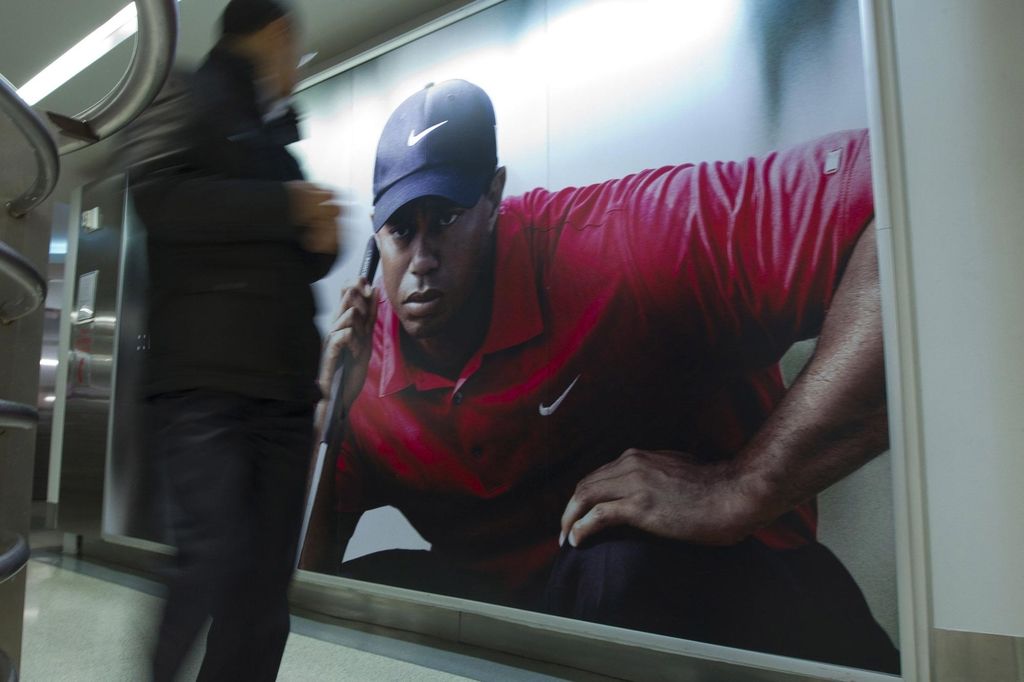 The car crash that severely injured Tiger Woods will force golf broadcasters and brands to face life without their biggest star sooner than they expected.

Woods, 45, hasn’t been a reliable presence on golf’s biggest stage in years, and the sport has started to move on to its new crop of athletes. But everyone from CBS and NBC to Nike and TaylorMade still held out hope that Woods could regain the magic that made him one of the greatest athletes of his generation -- and a magnet for millions of TV viewers.

Now, after Woods sustained potentially career-ending injuries, they may have to move on without him.

Woods was hurt in a solo car crash Tuesday after his SUV rolled over in steep terrain near Los Angeles. The golfer suffered significant injuries to his lower right leg and ankle, and was rushed into emergency surgery at Harbor-UCLA Medical Center. The Los Angeles County Sheriff’s Department said that he was driving relatively fast but there was no evidence of impairment.

If the crash ends Woods’s playing career, several TV broadcasters will lose their biggest draw. They include ViacomCBS Inc., which in April will broadcast the Masters, where Woods still hoped to compete, and Comcast Corp., which shows golf on the NBC broadcast network and the Golf Channel.

Discovery Inc. will have to adjust its plans for Woods, a key figure in its global expansion into golf broadcasting and publishing. In 2018, Discovery struck a deal with Woods to give the star athlete a dedicated channel on GolfTV, a streaming service for fans of the sport. Woods would appear in instructional videos and behind-the-scenes footage showing how he prepares for tournaments, the company said at the time. In fact, Woods was on the way to shoot such a video at the time of the crash.

In 2019, Discovery bought Golf Digest magazine, for which Woods also produces exclusive content, from Condé Nast to add more content to GolfTV and gain a foothold in the U.S. golf market. Discovery also owns the broadcast rights to the PGA Tour outside the U.S.

Woods has been golf’s seminal figure since the mid-1990s. Golf viewership would skyrocket anytime he was near the lead. When Woods won the Masters in 2019, capping a remarkable return to the top of his sport, it was the biggest audience for a morning golf broadcast in 34 years, CBS said.

But besides that Masters win, Woods has struggled with injuries and inconsistent play that has made it less likely that he will be atop a leaderboard -- depriving broadcasters of their ratings star.

“From a TV standpoint, he’s been almost a bonus in terms of ratings,” said Lee Berke, a sports media-industry consultant. “You didn’t know when he’d come back or how good he’d be.”

Golf broadcasters have started to highlight a new crop of young long-driving stars like Brooks Koepka and Bryson DeChambeau -- though none are likely to dominate or draw as much interest. Woods was a singular phenomenon: In addition to his once-dominant play, Woods broke barriers in golf as a child prodigy with Black and Asian heritage.

Nike, which signed Woods when he turned pro back in 1996, stuck with him. And Woods found new sponsors, like Monster Energy; TaylorMade, which makes his clubs; and Bridgestone Corp., which makes his golf balls.

Their bets paid off when Woods won the 2019 Masters, generating more than $23.6 million in exposure for his corporate partners, according to sponsorship analytics firm Apex Marketing Group.

Now, that kind of exposure will be harder to find.

“You won’t see the Nike logos on his shirt or him swinging a TaylorMade club or his Bridgestone ball rolling in the cup,” said Bob Dorfman, a sports marketing executive at Baker Street Advertising. “That will be a challenge for those companies.”

But Dorfman predicted Woods’s sponsors will stick with him as long as he avoids scandal and remains visible.

Woods could make “seven figures a year” in speaking engagements, appearance fees and memorabilia deals, “even if he never plays in another tournament,” he said.

Plenty of athletes, such as George Foreman or Joe Namath, extended their pitchmen careers long their sports days were over.

Advertisers could even insert themselves into Woods’s post-competitive life, such as following his physical rehabilitation from his recent injuries or him mentoring his son, another budding golf prodigy.

“It will be a great human interest story for every advertiser,” Dorfman said.