Want to Open a Dialogue With Consumers? Start From Within | Ad Age
Skip to main content
Sign In Register

Want to Open a Dialogue With Consumers? Start From Within

Social Media May Be Cheap to Execute, but It Takes Money and Manpower to Implement Properly in Your Company
READ THIS NEXT
'Scream' marketing offers lessons for brands and other franchises
As marketers contemplate stepping into the social-media sphere -- yes, there still are some holdouts -- many ask the question, "How much will it cost?" The more appropriate question they should be asking themselves is this: "What will it do to my organization?"

Although few CMOs will admit this, social media costs less to execute on a per-impression basis than TV, print and radio. But the organizational cost -- both the number of people needed to execute these programs and the changes to corporate culture -- can be significant.

"It definitely takes more people," Brett Groom, VP-content activation at ConAgra, told me, "and it’s difficult to get out all of these programs because some of them are so small. They may be a tenth the size of a TV campaign in budget, but they take 75% of the human hours. And a lot of them fail -- you have to do three or four to get the big idea." Social media demands the mindset of a PR professional married to the skills of a top marketer. Your organization needs to be broad and smart enough to put out lots of polished programs but resilient enough to see many of them fizzle and keep adjusting until you get it right.

Wendy Clark, senior VP-integrated marketing at Coca-Cola, agreed. "It absolutely involves more people and there is an inherent cost to that. Social media requires a much more expansive view of content creation and storytelling. And it’s a new paradigm because we do not control the conversations or the brands. Consumers want to have a dialogue. We had to find people who were already expert in doing that." So Coca-Cola identified five characteristics great social-media communicators share: great storytellers; technical fluency with social media; comfort with the unknown; smart risk-takers; strong collaborators.

Looking around the organization, Coke was able to identify one group that had lots of individuals with four of these five characteristics: the toll-free call center. The only thing these folks were missing was technical proficiency, and training solved that. The bonus was that call volume to the 800 lines had been declining, so there was great organizational synergy.

Part of the challenge for many organizations is that in the last decade, digital and interactive media was often "greenhoused" -- assigned to a small group with an independent budget. Scott Monty, who runs social media for Ford Motor Co., explained to me that there were many such groups at Ford when he arrived, and that the company was "dabbling in social media until just a couple of years ago. We had to put a strategy in place to align Ford’s functional areas that touched the social-media space. We did that for the U.S. and now we have to do it globally."

These changes can be wrenching for a company that is very hierarchical. Social media is inherently democratic: Online consumers expect to engage with a real person empowered to solve their problems. The real-time nature of social media makes it impossible to control all of these conversations centrally.

In spite of these obstacles, though, social media can be extremely rewarding. Mr. Monty estimates that Ford spent just one-tenth of the usual budget to launch the "Fiesta Movement," which featured 100 social-media influencers video-blogging the Ford Fiesta for six months a full year before its availability in the U.S. The program achieved 60% unaided awareness of the Fiesta -- up from zero the year before.

So how do you get your organization ready for social media? I leave you with five steps:

1. Build a constituency. Find colleagues who see the necessity to engage in social media.

2. Find your communicators. Identify the people who will engage consumers.

3. Plot your strategy. Will you run a small test to prove success or jump in?

4. Structure for storytelling. Create an organization that can tell stories seamlessly across platforms.

5. Get ready to fail. Most social-media programs fail. But some are big winners. Succeed by using a portfolio strategy and adjusting quickly. 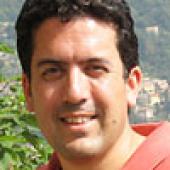 David Vinjamuri
View all articles by this author

'Scream' marketing offers lessons for brands and other franchises

How emotion has overtaken reason in driving brand choice