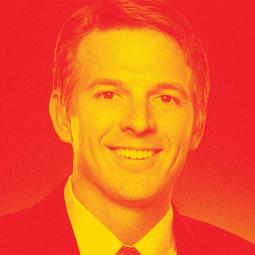 Marketing used to be pretty simple at Walmart: Have low prices and convince consumers of that. But U.S. Chief Marketing Officer Tony Rogers noticed a big change when he returned from China in early 2016 after a two-year stint in a similar role. Convenience had surpassed price as the top priority for U.S. shoppers.

"It's not either-or," Rogers says. "It's 'and.' " That conjunction is the story of his professional life these days. Managing it has helped Walmart grow as the biggest player in besieged brick-and-mortar while also becoming the fast-growing leading challenger of Amazon.

And Rogers has consolidated most agency creative work under Publicis Groupe's Department W while getting what he sees as strong work from independents like Mono and Lopez Negrete.

It was a simpler world in 2005, when Stephen Quinn, then CMO of PepsiCo's Frito-Lay, walked into his office and said, as Rogers recounts: " 'I'm going to Walmart. ... Would you like to come with me? And do you think we could talk anyone else into coming with us?' I said, 'Yes, yes and yes.' "

"He had an intuitive feel for the brand," Quinn says. "He saw the potential in Walmart and to this day he is working to see that fulfilled."

Rogers did leave Walmart for three weeks in summer 2008 to join his former agency—plus longtime friend and mentor Roy Spence—at GSD&M but ended up returning. "We thought it was the right time to work together, but it turned out it wasn't," Rogers says. "I'm glad it turned out the way it did."

Rogers has long been a big supporter of multicultural marketing, so he raised concerns that he was not supporting the need for separate multicultural messaging and media when he talked last month in Orlando at the Association of National Advertisers conference about a Lopez Negrete ad working perfectly well on gen- eral-market NFL broadcasts.

He clarifies, not surprisingly, by saying, "It's an 'and,' not an 'or.' My point there: You need to have a great multicultural program. You need to be on the Hispanic networks advertising to your Hispanic customers, because that's where they are. But in addition to that, your Hispanic and African-American customers are consuming media everywhere, and places like the NFL or prime-time television are fantastic places to reach them too."