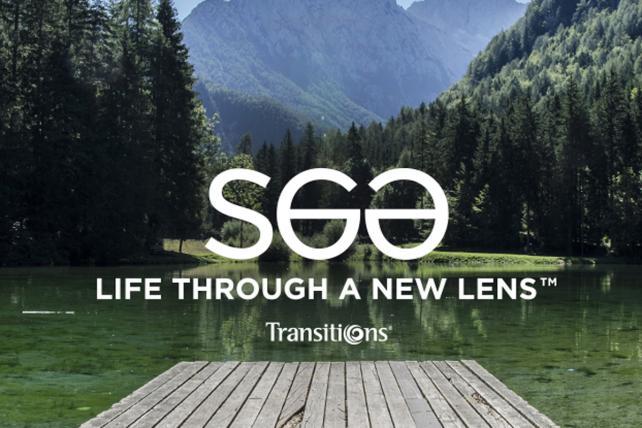 The manufacturer of the eyeglass lens that darkens when exposed to light is trying to update its image by reaching out to younger, more style- and tech-conscious consumers via music and events like SXSW.

Themed "See Life Through a New Lens," the push is aimed at broadening the company's primary market of people over 45, in order to change the perception of Transitions' adaptive lenses.

About 150 million Americans wear glasses and some 30 million people use Transitions' product, according to the company. Yet, glasses are relatively less popular among the younger generation as compared to the older generations. According to Vision Impact Institute, only 59% of people aged 25-to-29 sport eyewear, while 93% of people between the ages of 65-and-75 wear eyeglasses.

"People who wear [Transitions] really love them, but certain consumers have lower awareness and did not understand the benefits," said Patience Cook, director of North America marketing at 25-year-old Transitions. "This is a big opportunity to get people to reconsider their choice and connect with something positive."

The Pinellas Park, Fla.-based company hopes to update its image by bringing its message to unexpected places for eyewear campaigns, such as Rolling Stone and National Geographic.

Transitions on March 17 will sponsor "Dawn to Dusk," a six-part series featuring innovative artists that will run in print and include 3 to 5 minute videos. It will sponsor the Rolling Stone Stage, which tours in cities where major festivals (in this case SXSW in Austin) take place.

The brand is also sponsoring National Geographic's "Secret Views," an editorial photography series that will be focused on Austin.

In addition, Transitions aims to leverage influencers such as Sarah Evans, a style maven and eyeglass guru with more 150,000 social media followers. Ms. Evans will serve as the Transitions' "digital correspondent" for SXSW and produce video, photos and other contents to share via the #ThroughANewLens hashtag.

Transitions, a unit of global eyecare marketer Essilor Group, hopes these collaborations will allow people see the events "in a new lens," and position the company as a pioneer in wearable technology. "Tech is the top topic. We feel technology is a great way to connect with the consumers," said Ms. Cook.

The campaign includes traditional 30-and-15-second TV spots that run through October. Among the agencies working on the effort are Weber Shandwick and Havas PR; OMD; DDB; and Axis, defined as a "culture movement marketing agency."

Ayako Mie
View all articles by this author