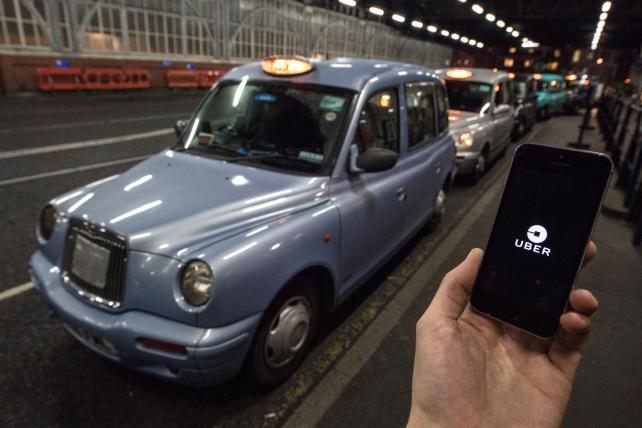 Uber has won an 15-month probationary license to operate in London after convincing a judge and regulators that the ride-sharing service had shaken off its gung-ho attitude of the past.

Judge Emma Arbuthnot criticized the company while granting the license Tuesday. The 15-month reprieve is far less than the five-year private hire permit the company had previously and shy of the 18-month approval it originally sought at the hearing. In September, Transport for London said Uber wasn't "fit and proper" because of safety and governance concerns.

The ruling came after one-and-a-half days of arguments in which lawyers for Uber insisted the company had replaced executives in an overhaul of its culture, improved passenger safety policies, and reset its testy relationship with the regulator. For TfL's part, it effectively disengaged from the dispute and said that the main concerns had been addressed.

"Such a young business has suffered a number of growing pains which have not been helped by what seemed to be a rather gung-ho attitude of those running the business in the very recent past," Arbuthnot said in the ruling. "The attitude of the previous managers of Uber appeared to me on the evidence to be that of grow the business come what may."

More than 3.6 million people regularly use the Uber app in London. The ban had the firm at risk of being excluded from its biggest market in Europe at a time when it was already reeling from sexual harassment suits, employment claims, and regulatory probes around the world. It was able to continue to operate in the capital during the appeal.

"Uber has been put on probation—their 15-month license has a clear set of conditions that TfL will thoroughly monitor and enforce," London Mayor Sadiq Khan said in a statement. "Uber has been forced to overhaul the way it operates not just in London but across the world, including completely changing its global governance structures and implementing new systems for reporting alleged crimes."

The ruling rewards the new style of Dara Khosrowshahi, who flew into London to sit down with TfL officials to address the suspension just weeks into his new role as Uber's CEO. That meeting, following revelations that the company used software to evade regulator scrutiny, started the process of undoing what many onlookers saw as years of poor behavior on the company's part.

The judge's decision is conditional on Uber following through with an agreement with the regulator that covers 14 issues, including how the company works with police, reports crimes and other license breaches, and drops any tools that might help drivers evade enforcement by authorities.

"The rapid and very recent changes undergone by Uber lead me to conclude that a shorter period will enable TfL to test out the new arrangements," Arbuthnot said in the ruling.

Uber and regulators have been slowly narrowing their differences for months. At an April hearing, lawyers said they had more than halved their disagreements to 11 from 25. At the time, Arbuthnot had been skeptical about Uber's reforms, questioning whether the changes were just a "smokescreen."

Her concerns were evident from the start Monday, with the judge opening the hearing by saying that she thought an 18-month license would be "too long."

Tom Elvidge, Uber's U.K. general manager, said the company will "continue to work with TfL to address their concerns and earn their trust."

Despite its stance of "effective neutrality" at the latest hearings, TfL officials said that the company still had bridges to build.

"We've had five years of a very difficult relationship where Uber has felt it hasn't required regulation," Chapman said.

The Licensed Taxi Drivers' Association, which represents about 12,000 traditional black-cab drivers, and the GMB trade union, opposed the car service's appeal on grounds that it's worked to avoid regulations that cover other forms of transport and doesn't offer job security.

"The devil will be in the detail but it's quite clear now that Uber has been forced to change its ways," Mick Rix, a leader in the GMB union, said in a statement. "However shiny their technology, no operator can be above the rules or flout decent employment practices."

The decision doesn't put an end to Uber's long list of legal troubles. In London, the company is appealing a ruling from an employment tribunal that would force the company to give drivers benefits including overtime and holiday pay.

In the U.S., the company faces claims from 14 women who say they were sexually assaulted or harassed by Uber drivers. The women wrote a letter to the company asking that the dispute go forward in open court as a class-action lawsuit, rather than in private arbitration.