Welcome to the 'Unstore' of the Future: Retailers Go Experiential | Ad Age
Skip to main content

Welcome to the 'Unstore' of the Future: Retailers Go Experiential 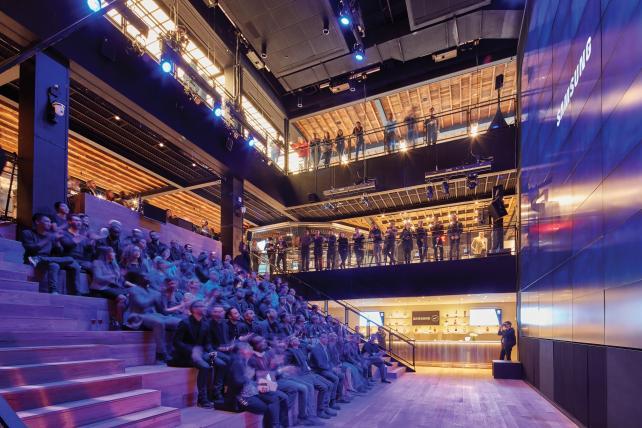 This week, Staples announced that it won't be using its stores for just selling anymore. The office supply company is partnering with office-sharing startup Workbar to use a portion of the square footage in its brick-and-mortar locations as work spaces, separate from the areas selling toner, pens and paper clips. Starting with three Boston-areas stores, the collaboration is expected to increase store traffic, which has been dwindling at Framingham, Mass.-based Staples for years.

Welcome to the store of the future. As technology enables ad blocking online and ad skipping on TV, marketers are increasingly searching for ways to better engage consumers in person. As consumers get more comfortable with e-commerce, marketers are finding they need to imbue their brick-and-mortar operations with updated missions.

When Samsung opened its 40,000-square-foot flagship in Manhattan's trendy Meatpacking District in February, consumers flocked to see the demo kitchen and test out a VR headset. What they didn't do was walk out the door with a new Samsung Galaxy -- or any of the brand's other products, for that matter. Called an "unstore," the site, the electronics company's only consumer outpost, exists solely to display products. If customers want to buy something, they can do so online.

"People know how to purchase on e-commerce and very often get the product the next day," said Zach Overton, VP and general manager of the new space, called Samsung 837. "They don't need another store. They need a place where they can have a deep dive into the brand." 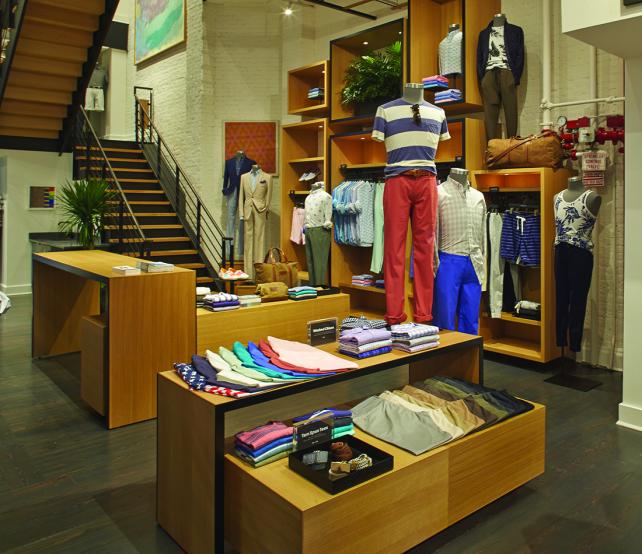 By this summer, Bonobos expects to have 22 locations where consumers can browse and try on samples, up from one such 'guideshop' in 2011.
Credit:
Bonobos

For brands like Samsung, this means a retail outlet that in the past would have been designed solely to drive purchases in the moment can now function entirely as a brand advertisement. These concept stores allow customers to test products, interact with associates and, ideally, better understand the ethos of the brand. With real estate costs at a premium in key urban areas, the sites also allow a retailer to better use every square foot and not waste precious space on on-site stockrooms.

"Customer experience is becoming more influential in shaping people's expectations," said Denise Lee Yohn, a branding consultant, noting that such stores function as intensive, immersive storytellers that can convey a brand's history, attributes and future vision. "It's allowing the brand to say more about itself than just saying, 'Here is this product.'"

Many other marketers are toying with the model. Beneath a regular store in San Francisco, Target operates an Internet of Things concept store that functions as a learning lab for shoppers, while Reebok combines a CrossFit gym with its retail offerings at its FitHub stores. Amazon has brick-and-mortar pop-ups for its products. Even fashion designers are leaning toward more experiential locations and less in-store stock. In March, Tory Burch opened a store for athletic-wear line Tory Sport; the space hosts yoga classes and features a central interactive display where visitors can shop, play games and view curated looks.

Making a store into more than a store is not a new strategy. Mattress and furniture sellers have long had showrooms where customers can try out merchandise they won't carry home that day. More recently, native e-commerce companies such as menswear brand Bonobos and eyewear marketer Warby Parker have opened brick-and-mortar locations stocked only with samples in an effort to advertise beyond the internet while avoiding the cost of on-site stockrooms. By this summer, Bonobos expects to have 22 locations where consumers can browse and try on samples, up from one such "guideshop" in 2011.

"People still like to touch and try on items before they buy," said Erin Ersenkal, chief revenue officer at Bonobos. "We realized we could only showcase our assortment. Customers didn't need the immediate gratification of walking out with their purchases."

While operating such a store might seem less lucrative, some say the opposite is true. Store associates are more readily available to discuss products with customers, which could lead to more online sales, and they need not worry about restocking inventory or backroom activity. Concept stores could reduce labor and merchandising costs by as much as 30%, according to experts.

"Initially, the idea was very cost-focused, but more and more, we are seeing this actually has a much bigger impact on enhancing the brand," said Adheer Bahulkar, partner in the retail practice of consulting firm A.T. Kearney. "They're able to create a unique brand experience without the clutter."

Marketing typically takes the form of visitor word of mouth in social media, which can be more engaging and authentic than traditional ads. At Samsung, for example, in-store events such as an Oscars viewing party, a live-streamed concert during South by Southwest and an evening with LeBron James filled up in a matter of minutes or hours, said Mr. Overton. Two years in the making, the store employs between 12 and 20 trained associates on any given day, depending on the event schedule and other factors, and showcases hundreds of products.

Some experts predict shopping and lifestyle will continue to merge, letting consumers increasingly work, shop and play in the same locations. The strategy also paves the way for retailers to collect more data from shoppers.

"Traditional retailers have no choice but to start gravitating toward this model," said Mr. Bahulkar. "In the long run, their ability to compete really depends on their ability to replicate it."