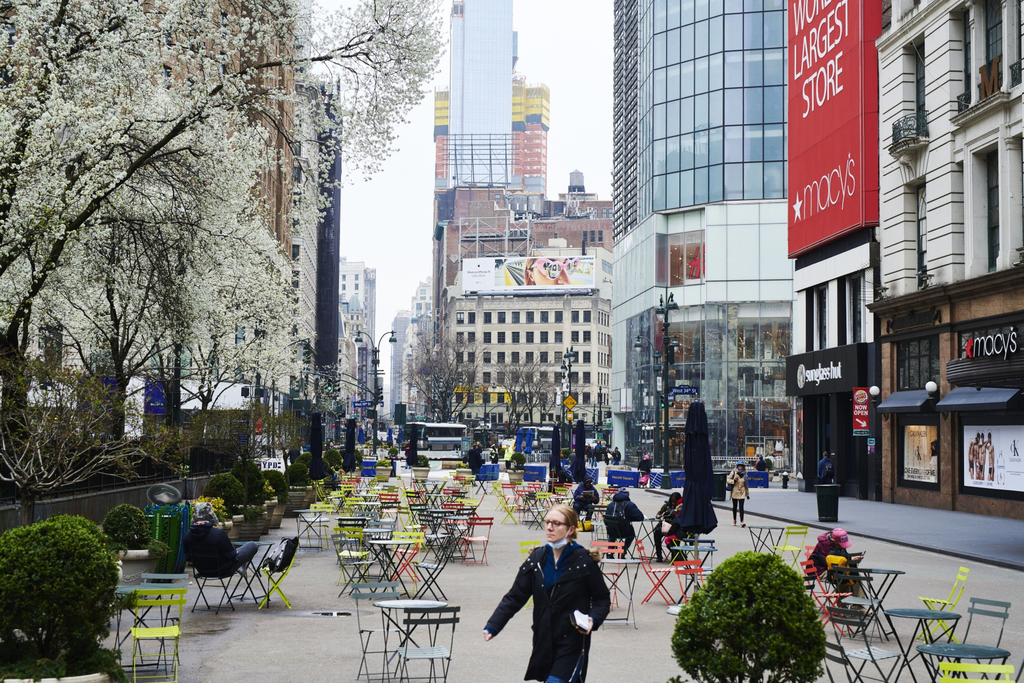 U.S. retail sales tumbled in March by the most on record as the coronavirus forced thousands of the nation’s merchants to close and left millions of Americans without a paycheck.

The value of overall sales fell 8.7 percent from the prior month, the biggest decline in records dating back to 1992, Commerce Department figures showed Wednesday. Estimates ranged from no change to a 24 percent drop, with a median projection of an 8 percent decline.

Eight of 13 major categories decreased, led by a 50.5 percent plunge at clothing stores and a 26.8 percent decline at furniture and home furnishing stores, while restaurants and bars were down 26.8 percent. Food and beverage stores posted a record 25.6 percent surge as Americans stocked up on essential goods; sales also rose at health and personal care stores, general merchandise stores and nonstore retailers.

Virus containment measures escalated quickly in the month as states began closing restaurants and bars to dine-in customers and urging residents to stay home. Now, almost every state has issued a stay-at-home order and many businesses have temporarily shuttered in the wake. The month was also defined by millions of layoffs, which have continued into April, and sharply reduced spending power.

Reports have emerged of retailers including J.C. Penney and Macy's hiring financial advisors. J.C. Penney is also exploring bankruptcy options, according to Reuters.

Analysts are not optimistic about the coming months.

"Overall, the near-term outlook for retail is bleak," wrote Neil Saunders, managing director of GlobalData Retail in a research report on Wednesday. "There has been some transfer of spend to online,  but it is nowhere near enough to offset the declines in stores. The sector has already taken an enormous hit and needs to be braced for more of the same over the coming months."

A separate report Wednesday showed manufacturing in New York State shrank in April at the fastest pace on record, highlighting the severe impact of the economic stoppage designed to combat the pandemic.

Related articles
How marketers responded to the coronavirus in the first three months
Ad Age Staff
5 consumer trends that will endure after Covid-19, and what they mean for marketers
Adrianne Pasquarelli
Brick-and-mortar might be closed for business, but brands can still connect
Adrianne Pasquarelli

Retail sales were down 6.2 percent from March 2019 after a 4.6 percent year-over-year increase in February.

The so-called “control group” subset of sales, which excludes food services, car dealers, building-materials stores and gasoline stations, unexpectedly increased by 1.7 percent from the prior month, reflecting purchases at grocery stores and general merchandise stores. In more normal times, the measure is viewed as a better gauge of underlying consumer demand, though that’s less the case now.

Filling-station receipts dropped 17.2 percent, which likely reflected both lower fuel prices and less demand as Americans stayed home. At the end of March, the average nationwide price for a gallon of gasoline was less than $2, the cheapest since early 2016, according to AAA.