Two Months After Launch, SugarString.com Is Dead
READ THIS NEXT
Peloton's plight offers lessons for brands dealing with recalls 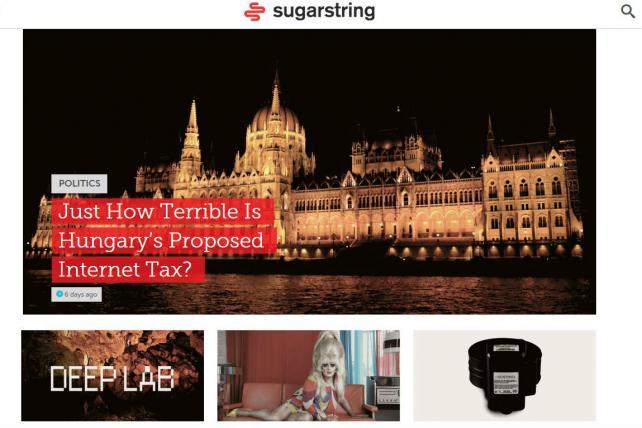 That didn't last long. Verizon Wireless has pulled the plug on its newest content marketing venture, a web publication called SugarString, a little over two months after it launched.

The website was designed to rival tech-savvy magazines, like Wired, from Conde Nast, and Motherboard, from Vice. For several weeks, SugarString published articles on technology, culture and politics, with Verizon's logo attached to the bottom of the page. But in late October, the carrier ran into a backlash, after the site's editor (erroneously, according to Verizon) told aspiring writers that coverage of net neutrality and espionage were barred.

The site then went silent. At some point this week, it was scratched from the web, and its Twitter handle, with 73,300 followers, was locked.

Debra Lewis, a Verizon spokeswoman, confirmed the publication's closure. "We've always said this was a pilot project; and as with any pilot project, we evaluate, take our learnings, improve our execution and move forward," she said in a statement. "That's what we've decided to do here."

Other large brands, such as Best Buy, have tried -- and folded -- similar efforts. Last year, Verizon spent $201 million on internet advertising, around 16% of its total measured media, according to the Ad Age DataCenter. Its chief rival, AT&T, spent $245 million in 2013.