In the wake of declining foot traffic and the resignation of its controversial chief marketing officer, the retailer is mulling over changes to its advertising approach
READ THIS NEXT
The Week Ahead: Netflix reports earnings and brands navigate Inauguration Day 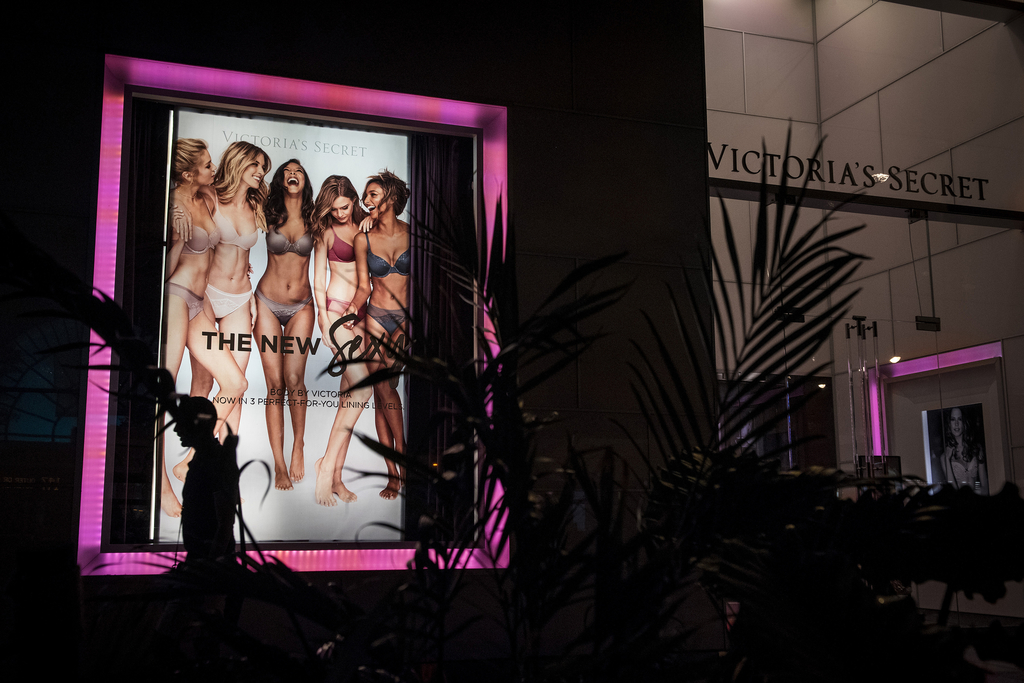 An illuminated advertisement is displayed outside a Victoria's Secret Stores LLC store, a subsidiary of L Brands Inc., at night in Chicago, Illinois

L Brands Inc.’s embattled Victoria’s Secret brand is finally considering the marketing overhaul investors have been asking for, but those hoping for more concrete details still have longer to wait.

The lingerie chain, which saw another quarter of declining foot traffic and same-store sales in the latest quarter, said it’s mulling changes to its advertising approach, with everything on the table from the photographs to the messaging to the way it integrates social media and in-store ads. Victoria’s Secret Lingerie Chief Executive Officer John Mehas will become more involved in the marketing, said Stuart Burgdoerfer, L Brands chief financial officer. Ed Razek, the lingerie company’s controversial former chief marketing officer, resigned earlier this month.

“Is there an opportunity to make meaningful change in our marketing message and approach for the fourth quarter? The answer is yes,” Burgdoerfer said on the quarterly earnings call Thursday, noting that more information on the shift will be shared at its investor day on Sept. 10. “You’ve read that we’ve had changes in senior leadership in marketing, and I expect that there will be meaningful and hopefully thoughtful change in our marketing approach as we move through fall and into 2020.”

Investors appear wary, sending shares down as much as 13 percent in Thursday trading. If it holds, that puts them on track to close down the most since November.

L Brands admitting its Victoria’s Secret marketing needs change marks a key shift for a company that hasn’t much strayed from its push-up-bra aesthetic, even as rivals lean into female empowerment, body positivity and acceptance. It also recently hired its first openly transgender model and in May said it would change the way it does its annual fashion show. But the turnaround is slow, the results show, and the company has said that its No. 1 priority is continuing to improve performance at Victoria’s Secret.

“There couldn’t be greater urgency on management,” Burgdoerfer said. “If you don’t feel urgency, then we aren’t communicating well. We’re about as urgent as we could be.”

The tariff situation also looms over L Brands, as with other retailers. The current trade environment creates “a greater level of uncertainty in forecasting our results for the third and fourth quarter,” it said in the prepared remarks. China represents a little under 20 percent of L Brands’ total production, so while it may be more insulated than some retailers, it’s still going to feel the pain ahead.

Meanwhile, Bath & Body Works—one of the retailer’s only brights spots—is bracing for its own troubles.

Even as sales at Bath & Body Works outpaced expectations in the latest quarter, the merchandise margin rate was hit by “increases in supply chain and sourcing costs—driven by fuel, wage and tariff pressure,” according to prepared remarks. That pressure will continue into the third and fourth quarters, it said.