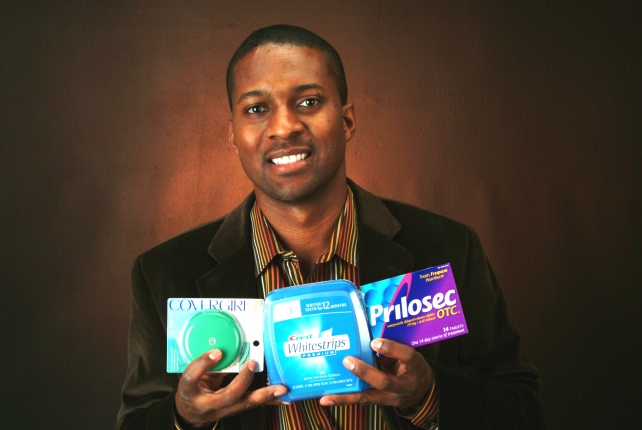 Samsung declined to make Mr. Hudson available for interview but he has a long history with some of P&G's biggest and most interesting innovations over the years. Here are five things to know about Mr. Hudson:

He arrived at Samsung on Monday, the day after Ms. DeGeneres' Twitter-breaking selfie using a Samsung Galaxy Note 3 during ABC's Academy Awards broadcast. He already had a long history with Ms. DeGeneres as marketing director on the CoverGirl business when P&G first brought her in to pitch that brand in 2008. When asked whether he had a hand the Oscars selfie, a Samsung spokeswoman said, "Vince just started on Monday, so he didn't have any direct involvement in the Oscars."

Mr. Hudson was one of Advertising Age's "40 Under 40" in 2006, when he was 35, after making marketing director at P&G before age 30. That was based heavily on his track record of involvement in two of the company's biggest initiatives last decade as brand manager on the launch of Crest Whitestrips and marketing director on the conversion of Prilosec from a prescription drug to over the counter.

After a stint as a marketer on P&G's Costco team, Mr. Hudson has spent the past seven-plus years on the company's beauty business, starting with CoverGirl in 2006, where he ultimately became general manager of North American cosmetics. From 2011 to 2013 he was based in Singapore as a general manager on P&G's developing-market beauty and personal-care businesses where he, among other things, recently helped launch Old Spice into India.

He came back to P&G's Cincinnati headquarters in December as a VP-general manager on special assignment in the beauty business, and he leaves at a time when P&G Chairman-CEO A.G. Lafley is looking for more continuity in beauty management – as well as possible outside hires.

Among his mentors at P&G was Kirk Perry, the former group president-Family Care widely seen as a candidate to become CEO of the company someday, but who in December made his own switch to tech as president-brand solutions of Google.