New Ad Slogan Is Simply 'Volkswagen,' According to Report
READ THIS NEXT
Insurance, beer gear and Father’s Day fallout: Trending

Volkswagen's iconic "Das Auto" slogan could soon be permanently parked. The phrase -- which translates to "The Car" -- will be shelved in upcoming campaigns by the German automaker, whose image has suffered in the wake of emissions violations, according to a report Tuesday by Reuters.

Reuters reported the following from Berlin:

A VW spokesman would not pronounce "Das Auto" dead quite yet, but said it would no longer accompany the famous VW badge in the coming advertising campaign. Its replacement is hardly radical. "Wherever our logo appears in future, it will be backed by the new brand slogan 'Volkswagen,'" the spokesman said. "The slogan will be rolled out in stages across the world."

A Volkswagen of America spokesman could not be reached for comment. The automaker's ad agency in the U.S. is Deutsch Los Angeles. Edelman is assisting VW with crisis communications. 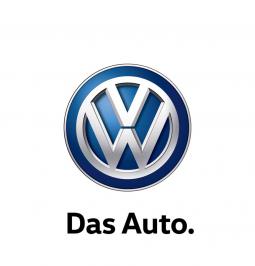 The automaker has been under fire since the Environmental Protection Agency on Sept. 18 said the automaker installed so-called defeat devices on an estimated 482,000 vehicles in the U.S. in an attempt to evade emissions testing. The issue contributed to a 25% sales drop in VW brand sales last month at Volkswagen of America.

Reuters reported the automaker's leaders are "anxious to proclaim a reformed corporate culture" and have criticized the "Das Auto" slogan "as out of step with a company trying to show newfound humility."

The "Das Auto" slogan does not appear on TV ads that aired recently in the U.S. touting the year-end "sign then drive" sales event, according to ad-tracking service iSpot. The slogan did appear in a similar ad that ran a year ago touting the same promotion. "Das Auto" is also missing from new ads for the 2016 Passat that are posted on VW's Youtube page and are expected to run on TV soon.