Walmart Gets a Boost From Local Price-Comparison Ads

Walmart's same-store sales recently slowed as the retailer took hits on sales of big-ticket items because of late tax refunds and a late spring. But the company continues to gain market share in groceries and consumables.

It can thank, in part, the hundreds of local-market-basket price-comparison ads it has running in 70 markets. The ads show Walmart shoppers comparing receipts from competitive grocery chains to the prices they could have gotten at Walmart.

While competitors have objected to the discount giant's comparisons and asked state attorneys general to investigate in some cases, no formal probes have been launched. In an interview during Walmart's recent shareholder meeting in Bentonville, Ark., Chief Marketing Officer Stephen Quinn outlined how Walmart thwarts legal challenges, as well as its most recent effort to target fuel discounts, a mainstay of supermarket loyalty-card programs.

Mr. Quinn also talked about why Walmart's marketing department helped push to improve not only the image of the produce it stocked but the produce itself, how it's going after millennials, and the role of longtime brand agency Martin amid an increase in ads that draw upon other agencies.

Ad Age: How do you do all those price comparisons and bulletproof them legally?

Stephen Quinn: We have a protocol around how each of these is done. It's somebody's real list. We don't tell them what to buy. We take those groceries from the competitor and scan them across our scanner so there's no doubt about ... if it's the same item.

Ad Age: What are some of the best you've done?

Mr. Quinn: Recently we've done some with these loyalty cards with gas points popular in a number of markets. I think what's happening with customers is that those are psychological rewards for all the work people are doing to get the lowest price. And the gas-price thing has really been effective. I guess I could say it's irrational, but people really have responded to those gas-points programs. 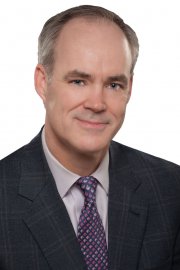 We've had people who've saved $2.15 with their gas points on gas. We go through the math: How big's your gas tank? Let's say you've got 20 of those gallons and you save how much -- 10¢ per gallon. And then they've overpaid for their groceries by about $30. That's an actual example. The look on the woman's face -- you could not pay an actor to have pulled off that look.

Ad Age: Are the women in the price-comparison ads recruited outside competitors' stores?

Mr. Quinn: We don't do it right in the parking lot. But they are recruited [often via parent-teacher organizations]. It's really important to us that they just be real, because we have confidence that if they just buy what they were going to buy anyway and then come and buy the same things from us that we'll be fine. ... We've had a number of cases where competitors have gotten to the individual and really interviewed them to find out if there's some kind of game plan.

Ad Age: The new produce ads are very similar to the steak ads of last year. Do they score similarly?

Mr. Quinn: That's another one where I think we've had an even better reaction. Maybe people were even more concerned about our produce. We're trying to surprise people out of their complacency around beliefs about our produce and meat.

We're also running vigorous audits about what is the truth about our produce vs. Whole Foods. We're not naming competitors, but we've got to know ... how does our produce actually stack up? We had a huge push internally to get our produce from a merchandising and operations standpoint where it needed to be before we would advertise it.

Ad Age: You're shooting all these commercials and bringing in other agencies to handle the workload -- is that a sign Martin is getting less work or emphasis?

Mr. Quinn: No. Well, I guess you'd have to say the numbers say there's a little less emphasis. But, fundamentally, they're still working on the stuff they always have, especially the brand campaign, the work we're doing with veterans and Made in America. They have some stuff coming for summer. It's just that we're still emphasizing this local-basket work. And they've done some of the national stuff around the same look and feel, but I guess the dollars have moved more into the local-market stuff, and we've really focused on that this year.

Ad Age: A couple of years ago, focus had to be readjusted on the core consumer. Are you now looking to bring in more of the non-core folks?

Mr. Quinn: A huge focus for marketing now is the whole digital world, and that does play more into the millennial generation. We see as they go from single to a couple and then have kids, it just gets better and better for Walmart.

That's why we've put such a focus on building our Facebook fan base, making a robust, quality engagement and really watching the people who might be dropping out because they don't like the messaging. It's important that we not just throw quantity into the top of the bucket but retain people.

We also have a big focus on multicultural or ethnic customers and also use digital to really engage them.